Letizia of Spain surpasses herself with the dangerously tight dream skirt 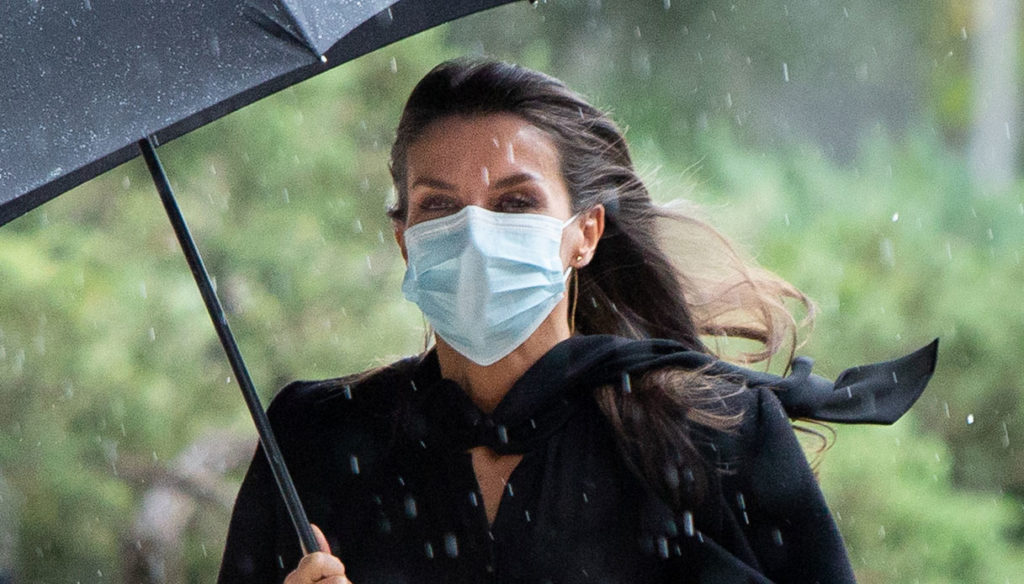 Letizia di Spagna is a dream with the recycled pleated maxi skirt. But the naughty wind puts her in trouble

Letizia of Spain faced rain and wind to attend the delivery of the National Fashion Awards. In consideration of the glamorous event, the Queen outdid herself in terms of looks with a splendid skirt which, however, gave her a hard time.

After the trouser suit, Donna Letizia has chosen an exceptional outfit for the National Fashion Award 2020 where the highlight is represented by a long and wide pleated skirt, powder-colored, by Massimo Dutti, one of the low cost brands that the Sovereign often wears . The skirt is not new, but obviously recycled. Letizia had already worn it last June during the flamenco show in Madrid. Now, however, she has paired it with a black sweater with a scarf collar, ultra chic, but transparent to the point of showing off white lingerie.

It is not the first time that Felipe's wife dares with garments that suggest more than they should, but Letizia challenges the court dress code with such class that she can afford anything. And then it has such a refined taste that it knows how to make a garment excessively aggressive, even bon ton. A clear example of this is this outfit in which she cleverly mixes a neo-romantic skirt with a more rock sweater

To protect herself from the cold, Letizia wore a black Carolina Herrera coat on her shoulders. The clutch is from the same brand, while the décolletées are signed by Manolo Blahnik, the shoes we all want. Despite the rain, the Sovereign does not collect her hair, but the style is flawless. As is her style, the jewels are minimal. Beautiful drop earrings, created by Gold & Roses.

However, Letizia encountered some difficulties with her look due to bad weather. In fact, the wide and light skirt is easily moved by the naughty wind that when it blows in the opposite direction, makes the skirt adhere dangerously to the Queen's legs, exalting the perfect line too much. 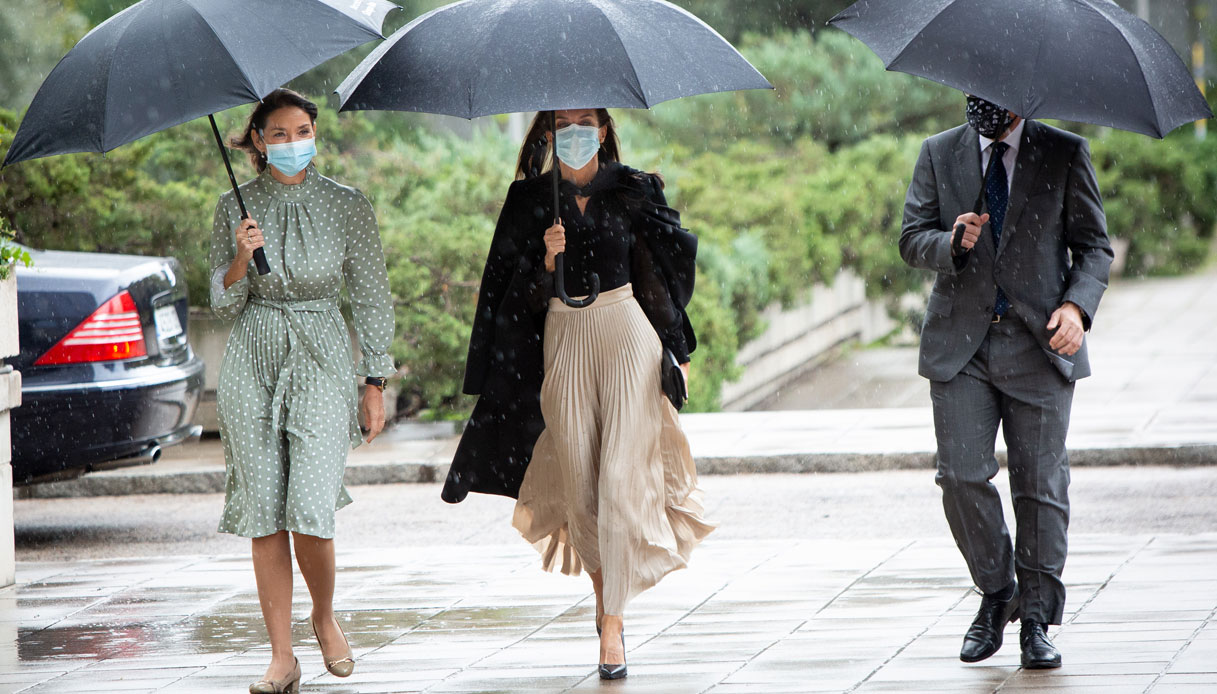 Giovanna Pirri
4302 posts
Previous Post
Decaffeinated coffee? What you need to know, between benefits and contraindications
Next Post
Morning Five, Federica Panicucci: slip on Stefano Coletti and the truth on Elisabetta Gregoraci