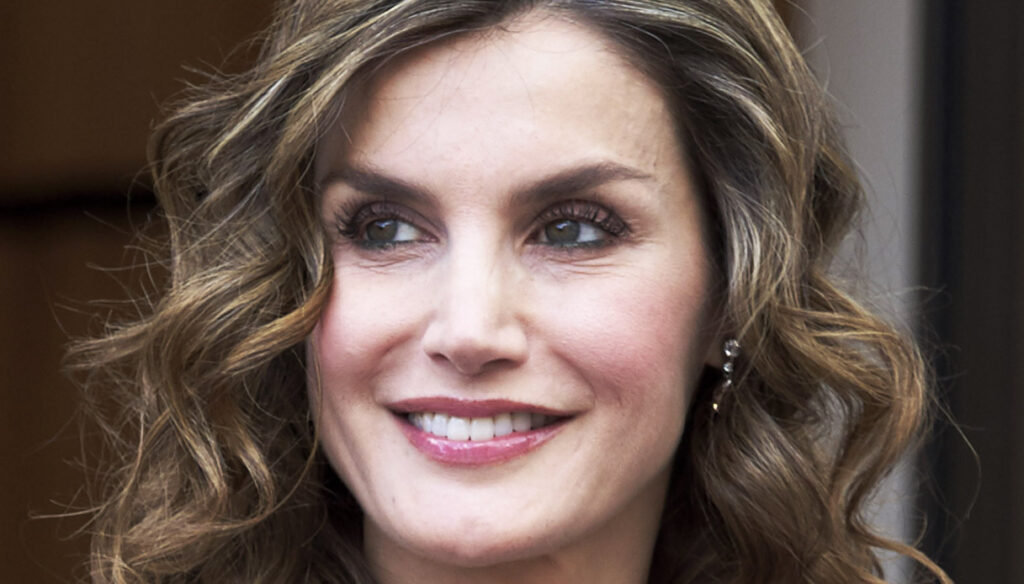 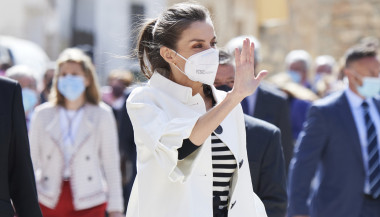 First public release after the Easter holidays for Letizia of Spain who takes the opportunity to surprise everyone by re-proposing the ethnic Uterqüe blazer that she wore for the first time in 2015. Simply fantastic. Cost? Six years ago, 89 euros.

Letizia of Spain therefore participated in the working meeting with the Fundación Mutua Madrileña by going to the headquarters of the association which is located in Paseo de la Castellana, one of the main avenues in Madrid.

The Court's commitment saw only the Queen as protagonist, her husband Felipe did not accompany her. And Donna Letizia took the opportunity to rise to the fore with the perfect spring look, entirely recycled, but transformed by Her Majesty into a trend. An opportunity, that of showing off ultra chic outfits, which for Letizia – as for the other crowned heads – has been reduced to a minimum due to the pandemic.

For example, the Queen of Spain had to give up the traditional Easter mass in the cathedral of Palma de Mallorca, where a few years ago the unpleasant little theater with her mother-in-law Sofia took place, during which her sophisticated outfits are greatly admired.

Therefore, any public event is an opportunity for Letizia to give her best also in terms of look. Over the past year, Felipe's wife has mainly repurposed items she already had in her wardrobe and rarely presented new models. Therefore, in line with this choice of style, the Queen showed up for her business appointment wearing an ethnic, striped, bolero-cut jacket, edged in leather and with short sleeves above the cuffs, signed Uterqüe.

The blazer dates back to the spring-summer 2015 collection, the year in which Letizia wore it for the first time, and even then it was a success. 6 years later, however, he proposes it in a completely renewed way, following the trends of the season. In fact, she combines it with a pair of skinny white trousers that enhance her figure, by Massimo Dutti, one of her favorite Spanish brands, just think of the red dress seen in Andorra recycled in recent months.

On her feet, Her Majesty wears a pair of décolletée with a very thin heel, in burgundy suede, also by Uterqüe and also from 2015, perfectly coordinated with the top that can be glimpsed under the jacket. And finally, the white shoulder bag, made in Italy, by Furla (150 euros), also recycled.

It is not surprising that Donna Letizia re-proposes “old” garments for years. At the end of March while in Zaragoza he successfully dared to wear Felipe Varela's white jacket from 2008.

Felipe's wife has the gift of knowing how to renew her looks, playing wisely with combinations, as she did with the ethnic blazer. The first time he showed up with that jacket was October 5, 2015 and then, being autumn, he paired it with black pants. The look was a smash hit and the garment went viral. Letizia then proposed it again on May 25, 2016 and October 26 of the same year. To then make its reappearance in 2020 during the visit to La Rioja. 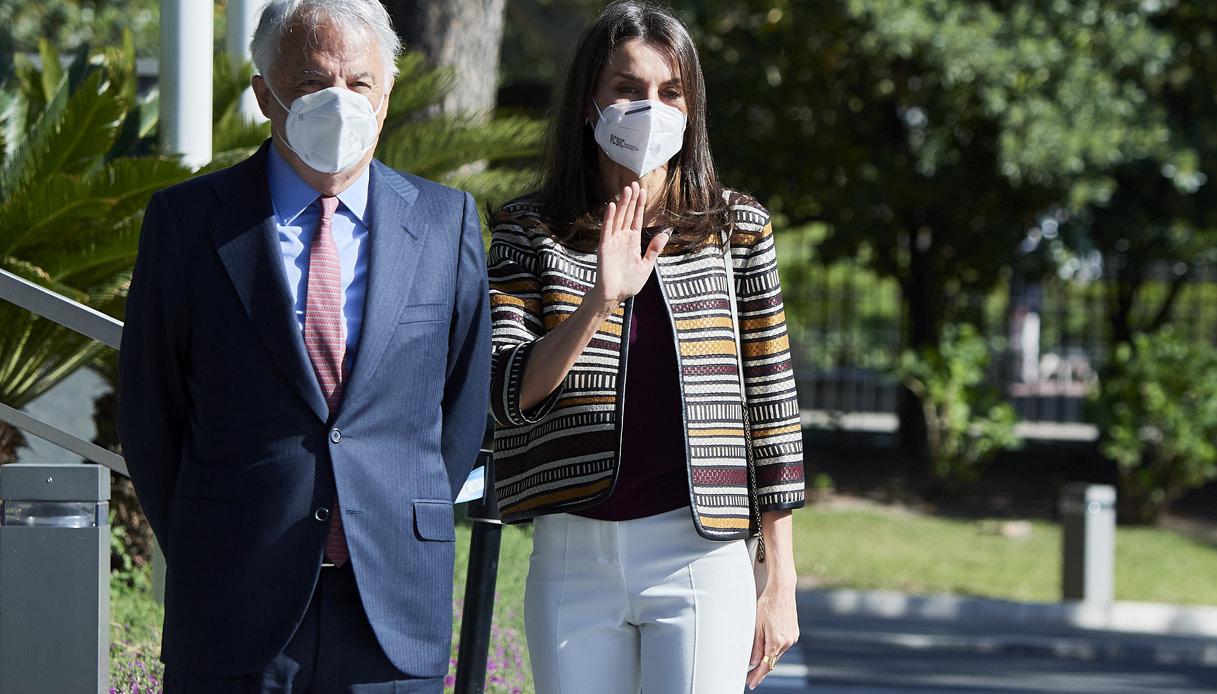