Leonor is ready for her new academic experience away from her family, aware of the difficulties she will have to face 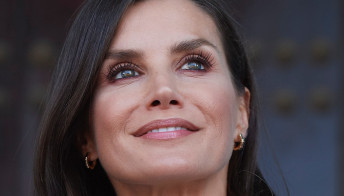 Letizia di Spagna flawless even on vacation: the low cost look to imitate

The young Leonor is about to take a big step towards her bright future, preparing to become Queen: soon she will start a new academic path in Wales, far from her family, where she will have to respect very strict rules. And for Letizia of Spain, a very caring mother with both her daughters, one of these is particularly "hated".

In order to guarantee the eldest daughter as complete an education as possible, the Spanish Royal Family has opted for a particularly prestigious college. This is UWC Atlantic College, in Wales: the institute boasts, among its many students, various belonging to the most important families in Europe, including Alexia of Holland. This is a big change for Leonor, who will soon be leaving her parents and sister Sofia for a new, difficult (and exciting) experience.

The Princess of Asturias will spend the next few years in Wales, undergoing a rigorous curriculum that will prepare her for a life full of institutional commitments, as expected for her as heir to the Spanish throne. Of course, this will mean having to respect many rules, including one that seems not to have pleased mother Letizia. The Queen consort has always been very attached to her daughters, however in the future she will have few opportunities to see Leonor again.

In an interview with Vanitatis, a former Welsh college student revealed that family members will be able to pay few visits to their children during the school year, and that no one is allowed to sleep in the institution. Free time at UWC Atlantic College is very little: children have to study a lot and are required to work in various extracurricular services.

It is likely that Letizia will have to wait until Christmas to be able to make her first visit to Leonor, and then several more months will have to pass before seeing her eldest daughter again. A real disappointment for a caring and attentive mother as Ortiz has always been: accustomed to having her girls under constant eye, now she will have to get used to staying away from Leonor for a long time.

In addition, she and King Felipe IV will miss some of the most important dates for the girl: October 31, 2021, for example, it is very likely that Leonor will find herself celebrating her 16th birthday without her family. But attending UWC Atlantic College will open the doors to the best possible education, so the Princess of Asturias will face these small sacrifices aware of the great future that awaits her.