Letizia of Spain, the secret message in her September looks 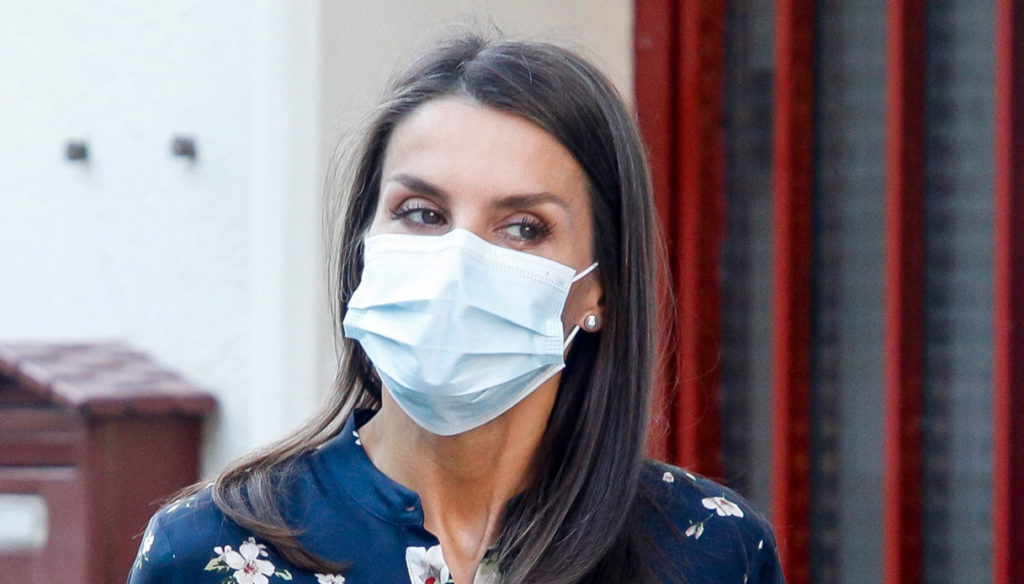 Letizia of Spain wore only recycled and mostly blue or dark clothes. A change of look that hides a secret strategy 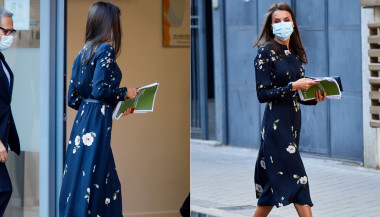 Letizia of Spain has been back at work for almost a month and has transformed her image thanks to a new strategy in the choice of her looks. The change, compared to the summer outfits, is evident and contains a precise meaning.

If in August the Sovereign preferred white dresses, in cotton and sangallo, very fresh and light, almost always combined with rope shoes, for the September appointments that saw her protagonist she chose decidedly darker colors, to be precise most of the looks were blue.

We saw her wearing navy trousers with side sailor buttons, combined with a grisaille jacket and blue moccasins, all by Hugo Boss, blue also the Carolina Herrera clutch. Then he recycled Zara's blue dress with white stripes, with accessories of the same color. While for the visit to the Spanish Cancer Association she opted for a bon ton dress, always blue, with white flowers, signed by Massimo Dutti.

Out of six events she attended in September, Letizia opted for three blue looks. And it is no coincidence, because this color indicates elegance and royalty, and is absolutely perfect for her role as Sovereign. As Cristian Salomoni, director of the International Institute for Behavior Analysis, explained to Vanitatis magazine: "The brain associates it with stability, harmony, peace, calm, trust, reflection, intelligence and, above all, communication with others".

But, as the expert points out, care must be taken when wearing dark clothes, especially in consideration of the message you want to convey: "During isolation, Letizia should have used colors with which to convey positive feelings, and not wear black or with very dark colors when talking about positivity and hope in the face of the pandemic, generating a certain inconsistency and making the message I wanted to convey difficult, unlike other Royals, such as Máxima of Holland or Kate Middleton, who wore bright colors linked to hope , tranquility, positivity, strength and happiness ".

A lesson that the Spanish Sovereign must have well understood if on the occasion of the 125th anniversary of the newspaper, Heraldo de Aragón, she showed off the fuchsia sheath dress by Michael Kors, at a time when the pandemic in general worries her daughters Leonor and Sofia a lot I am at home because a companion of the first one tested positive, even if, as per official statement, the Princesses have not been infected.

Salomoni then explains: "Many people think that colors are only a superficial matter, however, they play a much more important role than one might think, since each color elicits a different emotional response, it does not depend only on our tastes or our experiences. ; There is also something unconscious that has to do with our biology. For example, the color red is associated with danger and is not recommended if we are working on a project that requires concentration or if we speak in public ”.

In addition to colors, Letizia of Spain, who has just turned 48, has made another very specific choice regarding her wardrobe. In fact, in the last month he has only used garments that have already been worn, as if to say that in a moment of economic crisis which we are experiencing, the Sovereigns do not waste money on futile things.