Letizia of Spain, the strict rules that she imposes on her daughters Leonor and Sofia 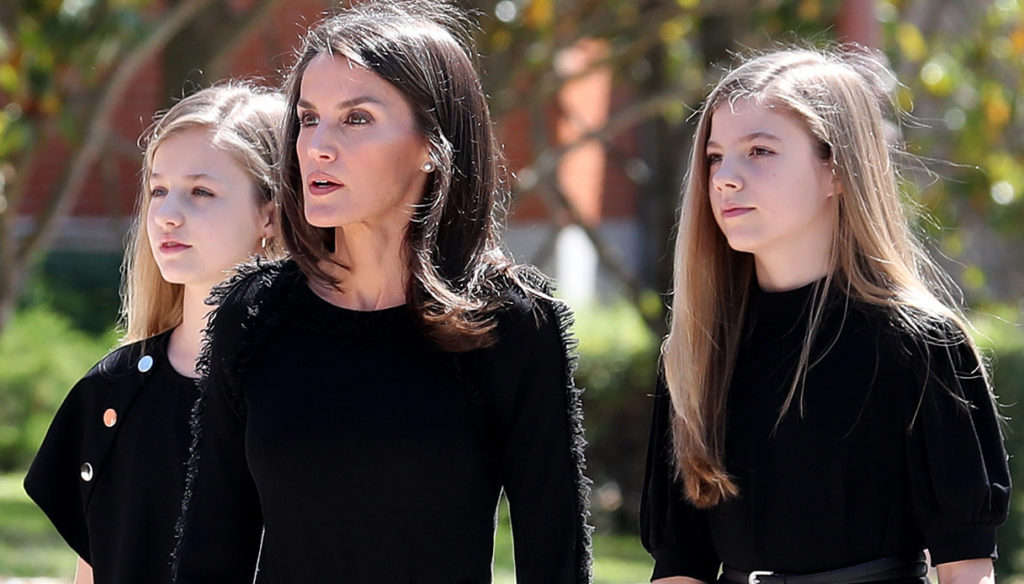 No TV and internet, in bed at 9 and a diet without sweets: the inflexible rules that Letizia di Spagna adopts with her teenage daughters 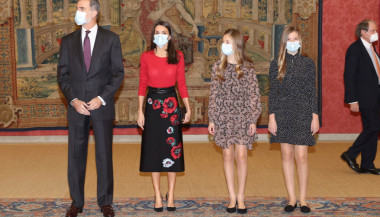 The same rigor that Letizia of Spain employs in carrying out her work, she adopts in the education of her daughters Leonor and Sofia. Of course the expectations are different. The eldest daughter will inherit the throne from her father Felipe and already at the age of 14 she had to fulfill her first duties at the Court which also include public speeches. While her sister Sofia will always have to guarantee her support, pledging to strengthen the Monarchy with her impeccable conduct.

Therefore, the tasks to which the daughters of Letizia and Felipe are called are not insignificant and the Sovereign certainly does not want to fail in this task. On the one hand, he will want to demonstrate that he is able to raise a future Queen despite her bourgeois origins, on the other hand he will want to avoid the scandals experienced by the Casa Real due to the behavior of the Infanta Cristina, sister of the King, accused and then acquitted for embezzlement, while her husband, Iñaki Urdangarin, was sentenced in 2017 to 6 years and 3 months.

Not to mention that the discipline imposed on Leonor and Sofia from an early age will help them face their adult life, linked to protocols, obligations and considerable media exposure, aspects that are difficult to bear if a solid foundation is not built from an early age. After all, Letizia imposes the same rigidity on herself, so much so that she is the Queen who worked the most during the pandemic.

In short, Letizia does not want to take risks and for this reason she imposes strict rules of conduct on her daughters that severely limit the typical entertainment of adolescents. Leonor and Sofia are in fact respectively 15 and 13 years old. Princesses are required to go to bed early, precisely by 9pm, even on weekends, except when they are involved in some public event.

The Queen forbids them to watch television from Monday to Friday, while some concessions are made on Saturdays and Sundays. This rule seems almost a paradox, if we consider that Letizia was a former journalist of the small screen. Internet access also has its restrictions. Once again Leonor and Sofia can surf the Net for pleasure only on weekends.

Even from a health point of view, the Princesses are subjected to a strict regime. In fact, Letizia, very attentive to nutrition, wants her daughters to follow a balanced diet that involves the total elimination of sweets. This is an aspect on which the Queen does not compromise either towards the girls or towards herself. In fact, Donna Letizia cares a lot about her figure and self-care, it is no coincidence that at 48 she sports a lean and toned body that has nothing to envy to the twenty-year-olds. Leonor and Sofia are growing up following in his footsteps.

Although Felipe's wife has introduced an almost military discipline into the family, she is a very affectionate mother, ready to share her precious wardrobe with her princesses. This is also a strategy to impose his good taste on girls who, at least in public, always appear calm and balanced. We will have to wait a few more years to see if they rebel, a bit like what happened to Harry, considered the black sheep of the Windsors.

Giovanna Pirri
4484 posts
Previous Post
Cecilia Capriotti: the difficult and touching moment of her past
Next Post
Student 4: Lino Guanciale leaves and talks about his wife. News for Alessandra Mastronardi