Letizia of Spain wears the jewel coat and conquers everyone 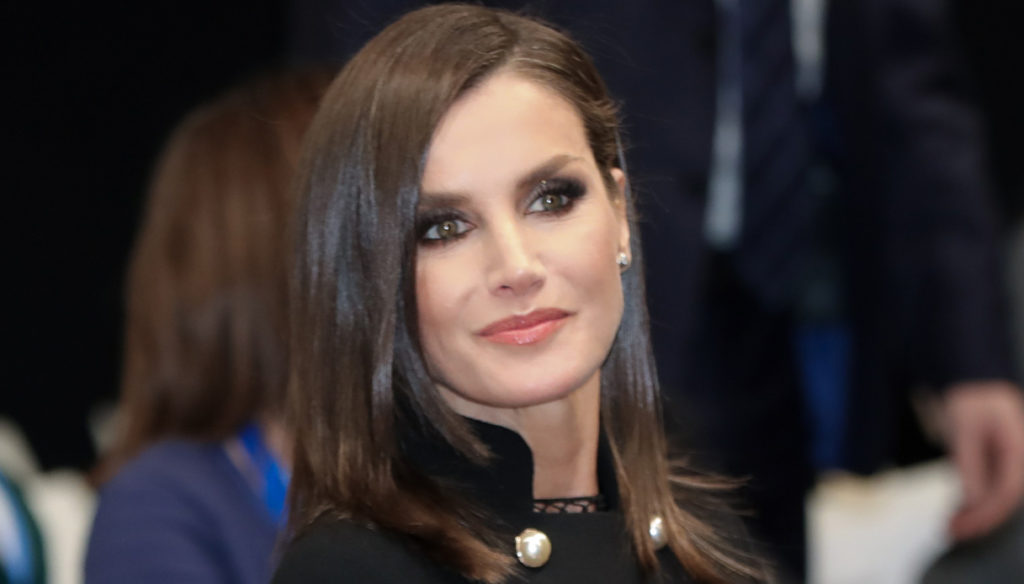 Letizia of Spain inaugurated the exhibition on Raffaello Sanzio set up in Madrid and conquers everyone by wearing for the second time the jewel coat that we would all like to have in the wardrobe.

The opening of the exhibition takes place in a very special week for the Queen who found herself alone to face some important events of the Crown, holding the Monarchy alone because her husband Felipe, despite being negative to the swab, was in quarantine for having entered in contact with a positive person.

So, Letizia traveled the country. First she went to Seville for the opening of the tourism fair and then to Valencia for the delivery of the King Jaume I award, while now she has stopped in Madrid for the important exhibition held at the Royal Palace. However, her husband Felipe has come out of isolation and already has several appointments on the agenda.

Letizia, like a work of art, shows off one of her must-haves. This is the jewel coat, signed Carolina Herrera, which she had already worn last year. This time he doesn't carry it on his shoulders, as is his custom, but has slipped it on and buttoned it. The garment is too important to be overshadowed, indeed it is the highlight of her look and therefore must be exhibited, so much so that the Queen does not take it off even in the exhibition halls.

Indeed, the coat is gorgeous, black, double-breasted with pearl buttons, fitted at the waist and wide brims. Just one year ago, on December 3, 2019, Letizia sported it for the first time at a gala event, the ABC International Journalism Awards. Then underneath she wore an elegant black dress with mesh straps that caused a lot of discussion.

So, once again, the Queen chooses Carolina Herrera who a couple of years ago rejected long hair for women over 40. Well Letizia, despite adoring her clothes, personally denied the Venezuelan stylist, proving to the world that long hair they are not a taboo even if the doors have been overcome.

But let's go back to the spatial look of the Sovereign. Under the coat you can see a pearl gray dress with a full skirt, the brand is still a mystery, but in fact you don't see much of the dress. Magrit's metallic décolletées, which she recently wore, slim her figure. As always, it is without socks. The black clutch is signed Varela and is a purchase of 2014, like the shoes of the rest.

As usual the jewels are kept to a minimum. Letizia wears the inevitable Karen Hallam ring, which she never separates from as it is a gift from her daughters, Leonor and Sofia, and stud earrings with Australian pearls. 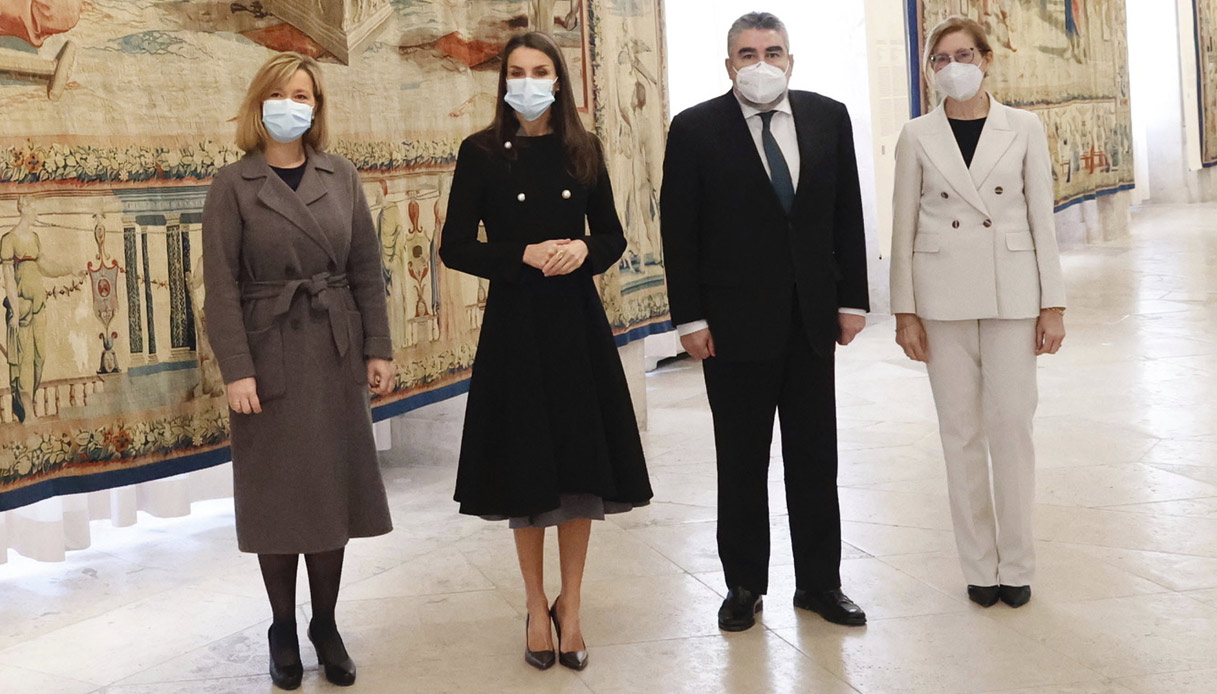 Giovanna Pirri
4637 posts
Previous Post
How to make up big and round eyes
Next Post
Maradona, the bizarre and disputed inheritance, between houses, schools, rings and a tank