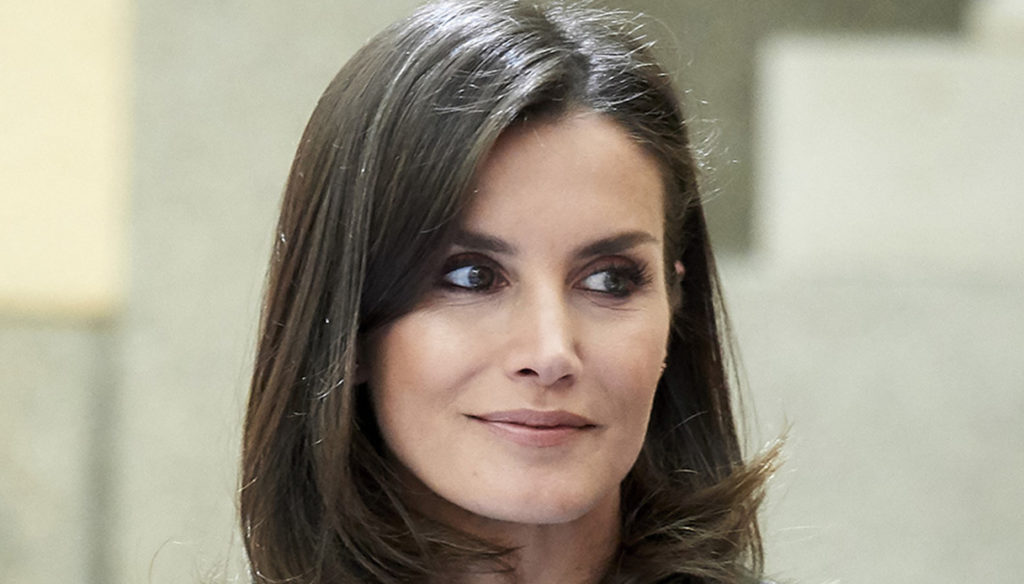 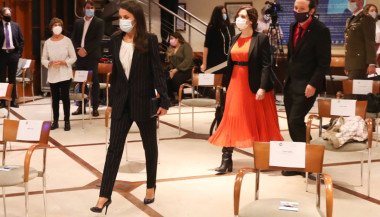 Letizia of Spain, the perfect suit for the office

Letizia of Spain starts the working week again and enchants with the perfect “working girl” suit. The Queen presided over the fourth conference on the treatment of disability in the media, organized by the “A la Par” Foundation together with the Federation of Journalists' Associations of Spain and the Real Patronato on disability.

A world, that of journalism, which Letizia knows very well, not only for her university studies. In fact, before marrying Felipe, she was a television report and correspondent. Therefore, the Sovereign was perfectly at ease during the conference, documented on the Twitter profile of the Royal House, having full understanding of the topics covered.

Leaving the sophisticated dresses worn for the events concerning the Princess of Asturias Award, during which her daughter Leonor dared for the first time with heels, Letizia opted for a sober dark blue pinstripe suit, signed Hugo Boss, her favorite brand. She paired it with an elegant white shirt from the same brand, while on her feet she wore black pumps, strictly worn without socks, by Magrit. The clutch is signed Carolina Herrera. Letizia embellished her look with a pair of Chanel earrings and her ring signed Karen Hallam from which she never separates.

A little mystery has formed around the suit worn by Her Majesty. In fact, it seems to be not the first time that Letizia has shown it off. In fact, during a video conference held during the lockdown period, the Queen showed up wearing a pinstripe jacket identical to that of the Hugo Boss suit. Then he paired it with black trousers and moccasins. Therefore, it seems evident that the suit is not new, but once again it has been expertly recycled.

Probably, Letizia had never been able to wear it in public due to medical isolation. But now the right opportunity has arisen and for the first time the suit has come out of the Palazzo.

Giovanna Pirri
4320 posts
Previous Post
Tips for a healthy diet for those fighting breast cancer
Next Post
Breast cancer, the importance of plastic surgery after surgery