Lino Banfi in the storm for a spot. The outburst on Facebook 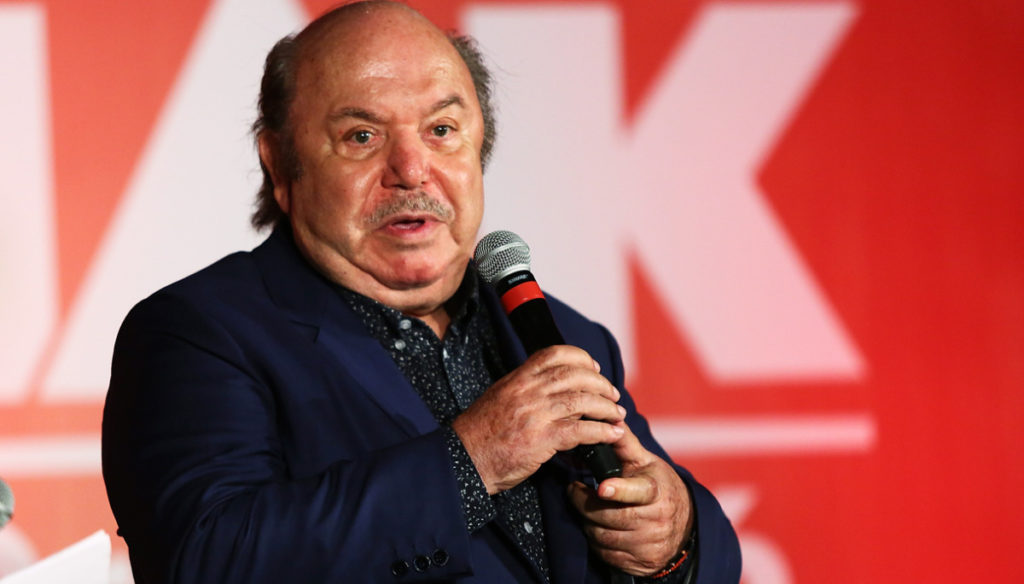 The Apulian actor, embittered, was dragged by the mayor of Manfredonia into a political controversy due to an advertisement for Energas 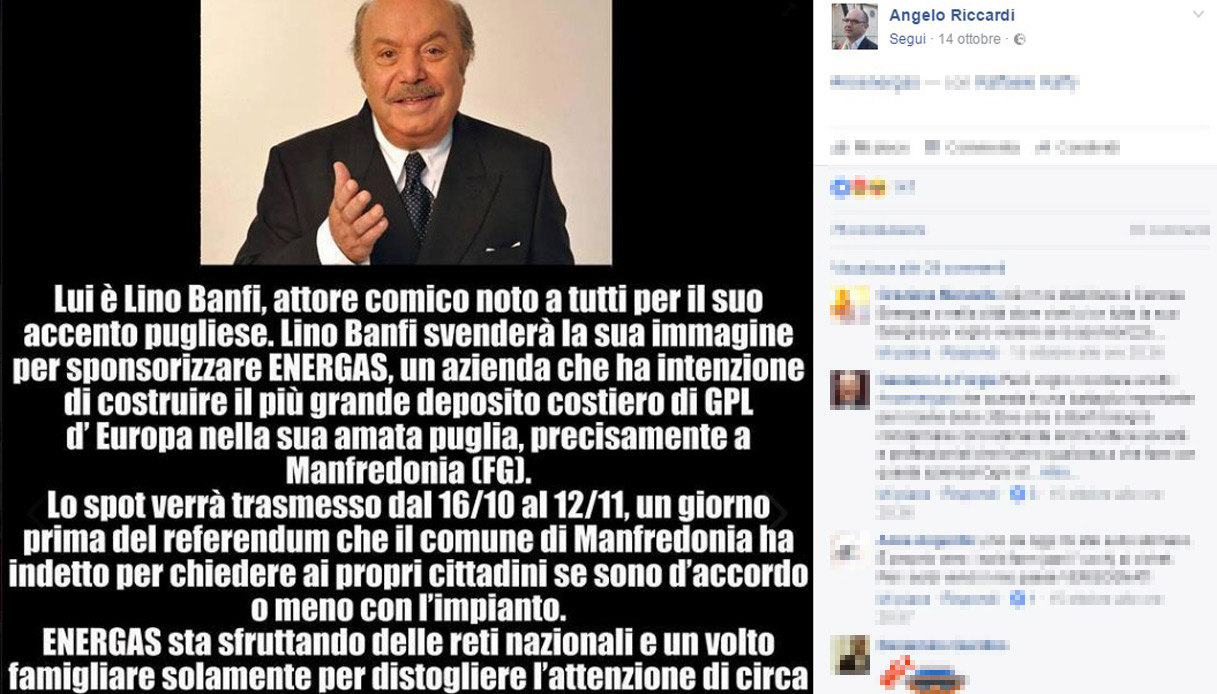 Lino Banfi, also the protagonist of the tenth series of A doctor in the family, is not accused of having sold off the interests of his Puglia. And he defends himself with a long outburst on his Facebook page, dissociating himself from the controversy that invested him after being the testimonial for an Energas commercial.

The storm that broke out around grandfather Libero stems from the fact that the gas company would intend to build a huge LPG depot in Manfredonia, in the province of Foggia, a project that according to the Apulian municipal administration would be dangerous.

The controversy was triggered by the mayor of Manfredonia, Angelo Riccardi del Pd, who attacked Banfi via Facebook:

He is Lino Banfi, comic actor known to all for his Apulian accent. Lino Banfi will sell off his image to sponsor Energas, a company that plans to build the largest coastal LPG depot in Europe in its beloved Puglia, precisely in Manfredonia. (…) Every time you hear Lino Banfi flaunt his Apulian origins, laugh for us too.

On the Net, the post aroused discontent and negative reactions towards the Apulian actor, attacked by many. There are those who come to comment: "From today you are on my stomach".

For its part Banfi does not want to be dragged into a "political controversy" that does not concern him at all. And he underlines that nobody can question his love for Puglia. The comedian also entrusts his defense to Facebook where he writes bitterly:

Sorry, I don't understand this mess about Manfredonia. I agreed to make the testimonial in an Energas commercial, a company that sells gas. That gas that we all use for cooking, heating and even locomotion. I didn't make the commercial in favor of the Manfredonia deposit.

And it is justified:

I am an actor. More than a year ago I signed a contract with Energas for those commercials. I shot them 8 months ago. It could have been Eni, Q8, It or whoever you want: it's my job, my job.

Then he clarifies, concluding the question:

But no one can question the love I have for my Puglia and also for Manfredonia (famous above all for the fresh fish)! Please don't take me into a political controversy that doesn't concern me at all.

Many are ready to justify Banfi, but some point out how grandfather Libero allowed himself to be used by Energas which he perhaps naively trusted without being informed about the company:

That your work is the image that everyone exploits as he wants and pays you no one doubts it .. but if I had been in your place I would have done a search .. it was enough to write on Google energas Puglia! You let yourself be used.

Meanwhile, the municipality of Manfredonia has called a referendum for November 13 to ask its citizens to comment on the system.