Lino Guanciale on Facebook: confession and advances on Commissioner Ricciardi 2 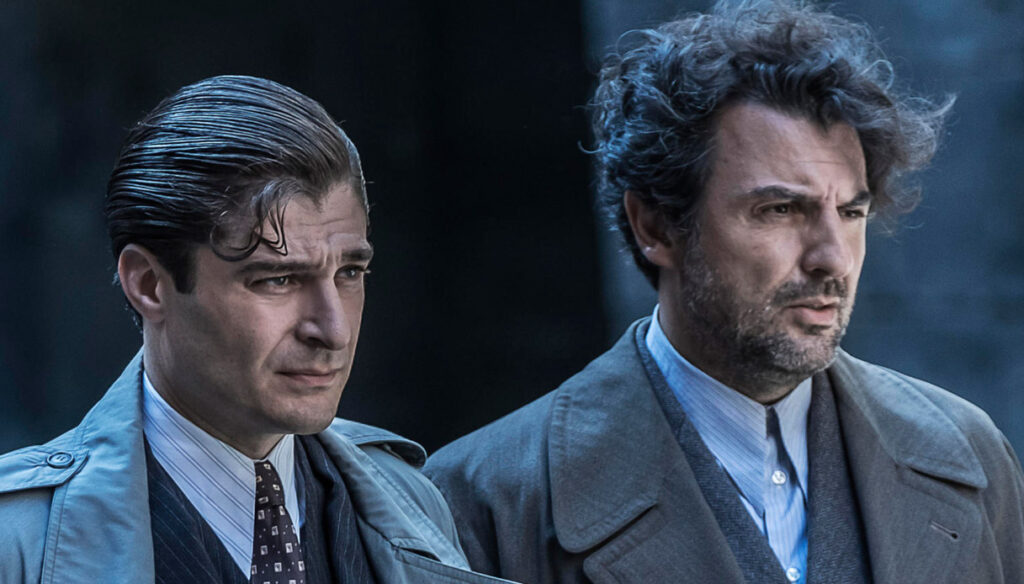 Lino Guanciale talks about his Commissioner Ricciardi and the writer Maurizio de Giovanni reveals that in the second season Tata Rosa, alias Nunzia Schiano, will not disappear

Lino Guanciale has returned to talk about Commissioner Ricciardi, the character he played in the homonymous TV series based on the novels of Maurizio de Giovanni, which had a huge success with the public.

Just live on Facebook on the writer's Fan Club page, Lino Guanciale talked about his Ricciardi and the affinities and differences between him and the Commissioner. To answer the questions of the many fans of the fiction aired on Rai 1 in January and February, in addition to the actor there was Nunzia Schiano who gives the face to the legendary Tata Rosa and de Giovanni himself.

There are many curiosities that the three protagonists of the live have told, as well as some interesting news on the second season in progress. Moreover, one of the actors who worked in the first series, Giuseppe Gavazzi, recently passed away.

First of all Maurizio de Giovanni who is also the author of the books from which other very popular fiction have been drawn, such as Mina Settembre with Serena Rossi and I Bastardi di Pizzofalcone with Alessandro Gassman, recognizes that the success of Commissioner Ricciardi was unique. Not only because all the episodes aired have made the audience record with over 6 million spectators nailed to the television screen, but also because the series has aroused a renewed interest in books transforming Ricciardi into a literary phenomenon, thanks to the depth of the characters, the perfect historical reconstruction of Naples in the Thirties, in the middle of the Fascist era, and the charm of Serena Iansiti and Maria Vera Ratti respectively Livia and Enrica.

De Giovanni himself then reassures Nunzia Schiano and of course all the fans of Tata Rosa. Even if he speaks in possible terms about the second series, which has already been announced in fact, he confirms that Tata Rosa will not disappear.

The last episode of Commissioner Ricciardi ended with the death of the elderly housekeeper. But according to what is revealed by its author, Rosa's departure will not mean her disappearance: "If we were to do a second series, and I were to be involved, Rosa not only does not disappear, but accompanies Nelide throughout her journey". Nelide is the granddaughter that the woman had called to help her manage Ricciardi's home and interests and who has looked after her until the last. Therefore, the Commissioner, who has the gift of seeing ghosts, will not have to completely renounce the protection of his nanny, the only constant affection in his life.

And what about Lino Guanciale? Live Facebook tells about his character and how similar or different he is from him. The Commissioner is very introverted, but in his own way – explains the actor – "Ricciardi is capable in his own way of behaving like a friend and joking like a friend". Pain and tenderness mix in his soul and he manages to let himself go only with the people who are closest to him. On set, he says: "It all came very naturally." And here the compliments to Enrico Ianniello (Bruno Modo) and Antonio Milo (Raffaele Maione) are not wasted.

Affinity with Ricciardi? Certainly shyness, but also a physical attitude, like the way of holding the shoulders that have belonged to him since he was little, says Guanciale.

Many fans who commented on the actor's Facebook page: "You were wonderful. Your skill and professionalism… and all the cast… too bad they last too short… a linen hug you are beautiful… ”But how did you manage to immerse yourself in the lives of your characters in such a deep way? The characterization is perfect … I loved everything about Commissari Ricciardi's books and I was afraid of being a little disappointed by the series and instead … I loved him even more! Well done!

". “Wonderful books and extraordinary TV series. I read all the books except the last one. I refused and it is as the great Nunzia Rosa says "De Giovanni shouldn't have reserved such an ending". "Beautiful series, congratulations, all very good, then the historical setting was nothing short of wonderful".

Barbara Catucci
12179 posts
Previous Post
Today is another day, Fabio Testi returns single and talks about his great loves
Next Post
Very true, Maria Elena Boschi: "I want to become a mother with Giulio Berruti"
You must be logged in to post a comment.
Menu