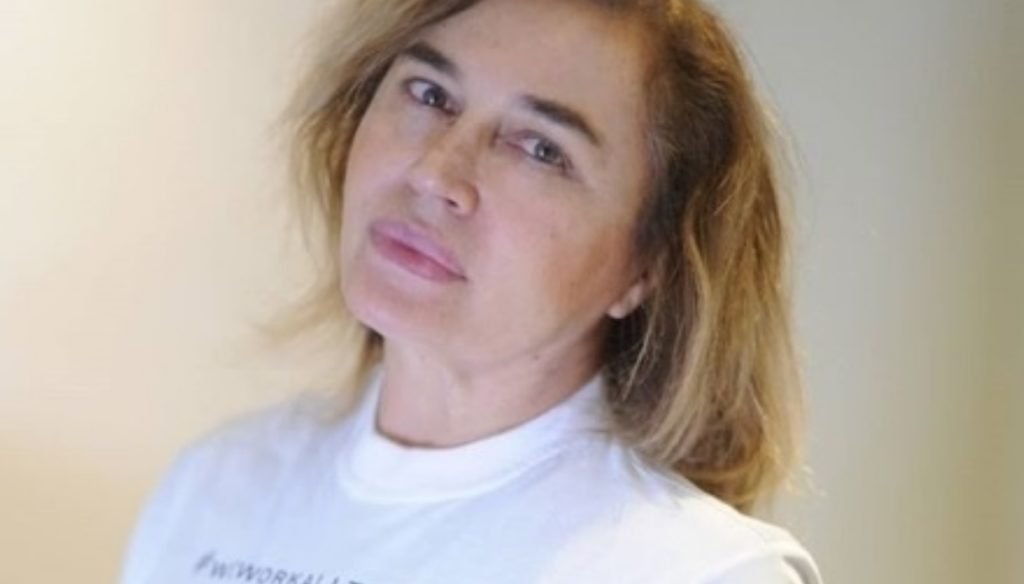 Lory Del Santo shows her shiny eyes to Lorella Cuccarini in an interview with La Vita in Diretta: "I was waiting for the end"

Lory Del Santo got excited at La Vita in Diretta. The Italian director, actress and showgirl was interviewed by Lorella Cuccarini in the historic Rai home talk show on Tuesday 16 June 2020.

The host's questions touched delicate ropes, to the point that the interview was moved:
"Do you still have some dreams to fulfill?" Is one of the questions that were put to Lory.

We must always have some dreams, otherwise life dies. I went into a deep crisis when I thought I had nothing more to do here and just had to wait for the end. I wish everyone to always have something to do.

So replied the showgirl, who told with shining eyes how she felt after a very difficult period. In fact, Lory's life was not only a succession of great love stories, pomp and success, but also of difficult moments.

Impossible to forget the death of Connor, his firstborn born from the love story with Eric Clapton. Unfortunately, Lory also lost her son Loren in August 2018. The young man, who had long lived in Miami, committed suicide due to a terrible disease, anhedonia.

To ease the tension, Lorella turned attention to the director's current relationship with his partner Marco Cucolo, a story characterized by 33 years of difference that has lasted for more than 7 years.

Despite some quarrels and misunderstandings, the story between Lory and the Neapolitan model continues to flourish and, indeed, the showgirl had expressed the desire to adopt a girl with him almost a year ago, in the Italian Stories program, conducted by Eleonora Daniele .

I have always loved women, in my family we were all women, the idea of ​​having a little girl fills me with sweetness, with the desire to do something for someone else.

At La Vita in Diretta, Del Santo confessed to Cuccarini how she manages to maintain a good relationship with her ex after the end of relationships: “I can't hate. I never see only the negative but also the positive and I try to inflate it. And that's why some ex still call me. "

One of the most talked about flirts is certainly that with the President of the United States Donald Trump, a courtship that Lory refused, as he explains to Lorella:

We met in the elevator. He was fantastic, he was a gentleman.