Live, the memory of Raoul Casadei's son: "My father will never die" 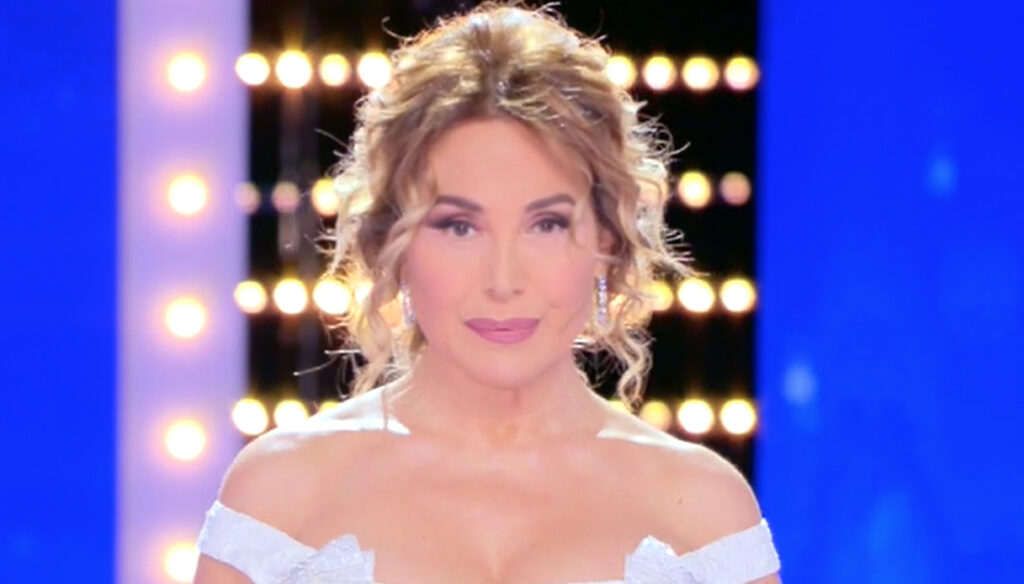 This is the penultimate episode of the broadcast: the season of Live – Non è la D’Urso, as confirmed by the Mediaset top management, will end slightly earlier than the originally scheduled deadline, on 28 March.

Radiant as always, Barbara D’Urso enchanted the audience with a dazzling look: once again the presenter opted for one of her beloved sheath dresses, which highlight her flawless physique. The dress, white and sparkling, was embellished with two bows on the ton sur ton straps, with matching décolleté. As on other occasions, Barbara opted for a make-up in shades of pink, with a mauve lipstick. Then the collected and slightly messy hairstyle, which highlighted the very bright hoop earrings.

As the perfect hostess, the presenter welcomed many guests in the studio, both from the political and show business world. As is now customary, D’Urso dedicated the first part of the episode to one of the most discussed topics of the moment, the vaccine against Covid, hosting industry experts and representatives of the government in the studio and in connection.

And just during the current affairs study, Barbara welcomed in connection Mirko, the son of Raoul Casadei, defined as the "king of the smooth" who recently passed away after contracting Covid. The man said that until a few days before admission it seemed that everything was fine, because the father's health conditions were not worrying.

Then the worsening of the symptoms, which forced Casadei to go to the hospital: “He got on 118 with his legs, greeted us with his smile always on his face. Then in the days that followed, bilateral pneumonia attacked him very violently ".

Mirko also wanted to remember the health personnel who helped his father in his last days, and speaking of his long career he said: "My father will never die, artists like him relive in their songs, which will turn and bring great joy between people".

During the episode there was also Tiziana Giardoni, the wife of Stefano D'Orazio, who wanted to pay homage to her beloved along with the presenter. As soon as the woman entered the studio, D'Urso could not help hugging her friend and being moved. With his voice broken by tears, he said: "Up to now I have always set an example and I have never hugged anyone, but this morning I made a thousand tampons because you and I could not not hug each other".