Loneliness, how much it weighs on young people (and not only) 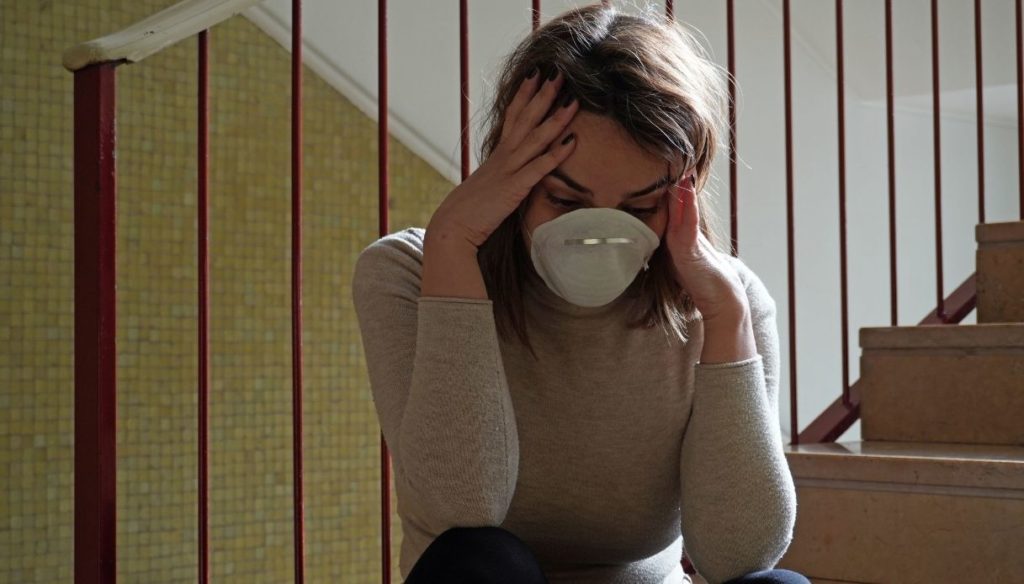 In this period when many people feel lonely, we need to pay attention to some aspects of our life

Isolation. Quarantine. Spacing. Words that have somehow entered our everyday vocabulary, and with good reason, since they are fundamental weapons to curb the spread of the Sars-CoV-2 virus, responsible for Covid-19, obviously together with masks and careful hygiene. . But there is no doubt that in this period, and beyond, there are people who feel lonely.

Who is most at risk of loneliness, even when – we hope as soon as possible – we will be able to better control the virus? An answer comes from a research that appeared in the Journal of Clinical Psychiatry, which shows how at a young age and again between 40 and 50 years there are "peaks" to be kept under control on the psychological front.

The study was conducted by researchers from the University of California at San Diego, who examined data on nearly 3,000 people who were interviewed via the web and aged between 20 and 69. According to the results, the risk of feeling alone would be above all young people who begin life and subjects between 40 and 50 years, while strangely, the risks would be lower between 60 and 70 years.

Obviously, in the face of this very general picture, there are precise risk factors that must be taken into account and clearly emerge from the survey. First of all, personal characteristics matter, regardless of age: having a limited social network, struggling to establish a relationship with others and not having a partner affects a lot the risk of developing loneliness, but there are other aspects that must be considered : for example sleep disorders.

The study shows that having heavy alterations in both quantitative and qualitative sense, or having frequent nocturnal awakenings or having difficulty falling asleep, would correlate with a greater risk of feeling alone in all ages. On the choice front, the survey shows that the perception of having a poor social role and obviously a strong anxious component tend to be associated with a heavier feeling of loneliness at all ages.

Finally, for young people, we need to consider an aspect that has come to the fore in recent years, with the spread of social media. According to what the authors of the study report, in fact, many people between the ages of 20 and 30 tend to "evaluate" their status towards others based on the number of "likes" and "followers" they manage to have, evaluating hence one's social status also based on this. Unfortunately, if there is no recognition expected in this sense, a series of situations are encountered which, in some way, make it more difficult to have the right perception of oneself and therefore tend to isolate people, facilitating the onset. of loneliness.

The impact of Covid-19

The US survey did not examine what happens in times of pandemics, but it is obvious that this situation can still exacerbate the perception of loneliness of many people. On the psychological front, the important thing would be to "share" the choices that lead to staying at home, otherwise other risks may arise, as recently reported in the Lancet magazine: a team from King's College London has examined several studies on the subject , pointing out how the period we are experiencing risks opening the way to a negative impact on the psychic well-being of the subjects.

According to the study, the feelings that can dominate in this phase are above all anger and confusion, linked in particular to the fear of infection, lack of information, the fear of losing economic stability. Possible countermeasures? Stay informed and participate, perhaps even at a distance, with what is happening.

It is necessary to find the right means while maintaining the right amount of fear but without falling into the risk of infodemics. In the most fragile people, the excess of often conflicting information favors the onset of anxiety and depression, thus expanding the perception of isolation.

Gianluca Zompi
1674 posts
Previous Post
On Sunday Live, Juliana Moreira and Edoardo Stoppa reveal their plans for their third child
Next Post
Cristina D'Avena, the change of look and the beautiful message for women at Da Noi … A Ruota Libera