The little girl went through a delicate operation after losing her mother in a tragic way. Milana is out of danger

Just 6 years and a lifetime ahead. The story of little Milana, who was orphaned of her mother, is one of the many – dramatic but full of hope – that comes directly from Kiev, the Ukrainian capital hit by the Russian attack. The story came directly from the official Unicef ​​channels, which also featured the photos of the post-surgery procedure the child had to undergo immediately after losing her mother.

Being strong at 6, the story of Milana

Nobody should experience the horror of war, especially children. Yet, it is they who are demonstrating courage and desire to look forward, towards that future to which they have a right, longing for peace which should be a right and not a conquest. Milana’s wounds will heal soon, just as she kept UNICEF specifying in the tweet with which she told her story about her, but it is the loss of her mother that will mark her forever.

And yes, because this little girl is just one of the many victims of an absurd war that seems to have no end. Her mother did not make it and it is therefore her task to be strong but also to be small, to eat life in bites, the one that has been denied to her under the roar of the bombs that are bringing death and destruction.

The numbers released by the United Nations Children’s Fund speak for themselves. At least 37 children have fallen in this war between Ukraine and Russia, with 50 injured. The words of director Catherine Russel then show an even more dramatic scenario: “Attacks on civilians and civilian infrastructure – including hospitals, water and sanitation systems and schools – are inconceivable and must stop immediately. UNICEF renews its call for an immediate ceasefire and urges all parties to fulfill their obligations under international humanitarian law to protect children from harm and to ensure that humanitarian actors can reach children safely and quickly needy. The children of Ukraine are in desperate need of peace ”.

Ukraine, many stories of resilience

And yet, despite the horror of war and the fear of never seeing that future that belongs to everyone, the Ukrainian people are showing all their strength, all the desire to succeed and restore peace to a territory torn apart by bombs, annihilated , which looks ahead holding on to those small fragments of normality that have come down to us.

This is the case of Mia, the first child born in Kiev in the underground tunnel, but also of the married couple who still wanted to fulfill their dream of love by getting married, despite the conflict that had just erupted. A momentum of hope also comes from Italy, with the many realities that have set in motion to start an incredible machine of solidarity that has also passed through some well-known faces of the entertainment world such as the beloved one of Serena Rossi or with the tireless relays to rescue animals, unaware victims of insane violence that we would like to stop immediately. 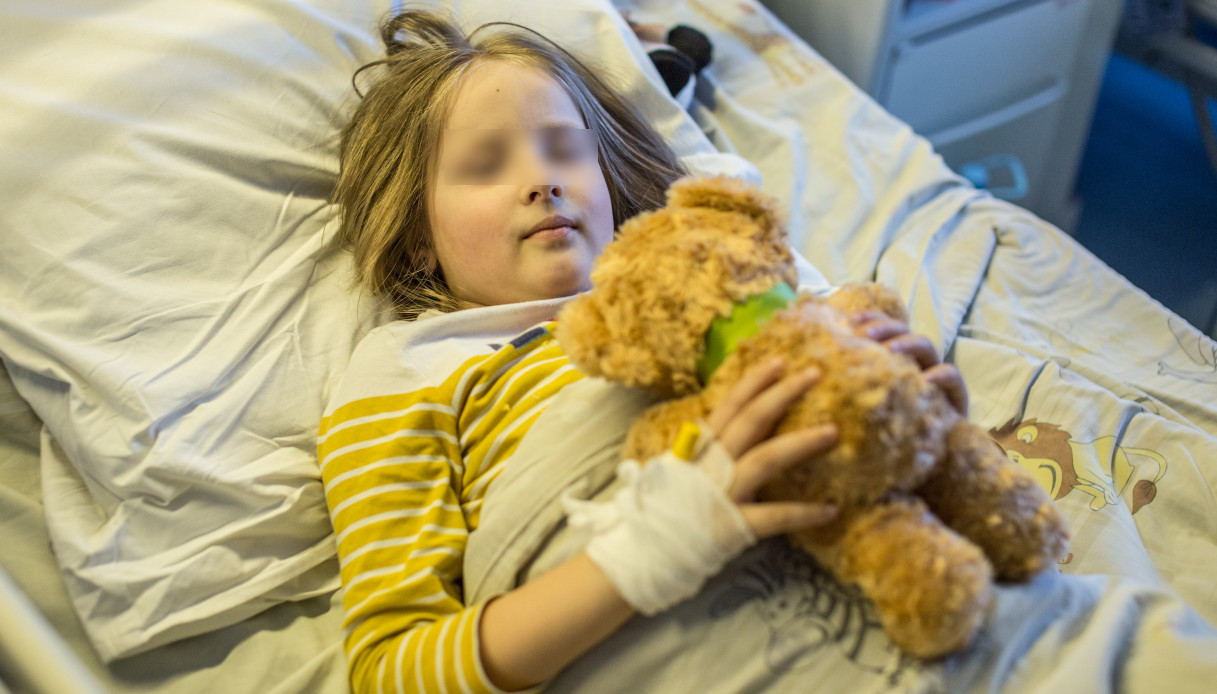 Little Milana, operated on in Kiev after the loss of her mother – Photo Credits: Unicef