Madonna, topless and crutch: "Everyone has his own" 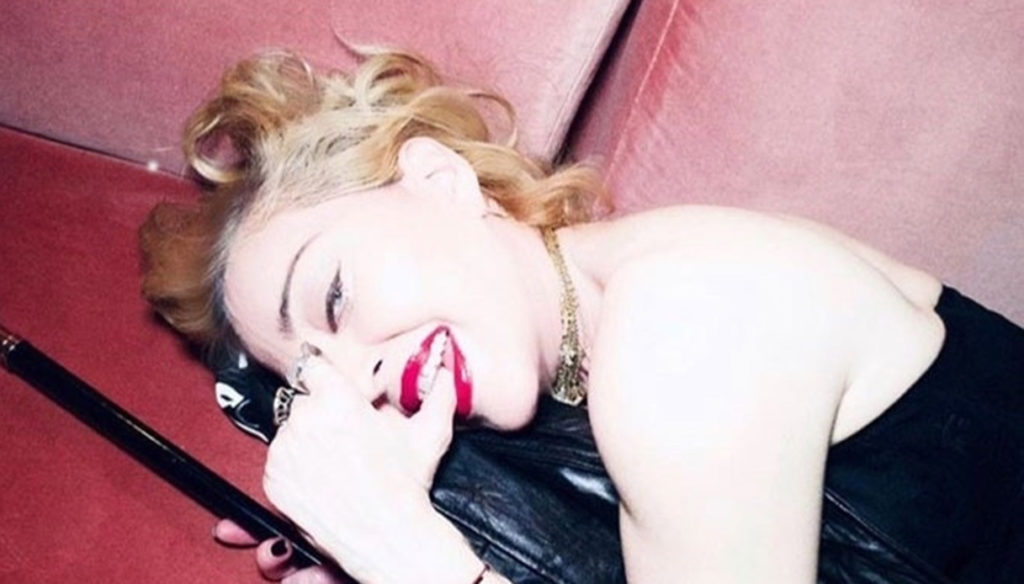 Madonna continues with her provocative posts: the last one is a selfie in the bathroom mirror, topless and with a crutch: "Everyone has one"

Madonna, 62 years old in August 2020, continues to amaze with provocative posts and photos on her Instagram account. The singer, who was injured in March during a fall on stage, and since then forced to use a crutch and knee braces, seems to have been quarantined before, and convalescence with consequent semi-immobility, now given to the head.

Bored and perhaps not very mentally engaged, she who has always been an unstoppable volcano, vented by publishing spicy photos, almost always taken in the privacy of her home, and equally "destabilizing" statements, as when she wrote that she had tested positive for Covid antibodies and to have decided to "take a long journey to breathe the COVID-19 air".

Immediately afterwards, photos were published on social media that documented how he had interrupted isolation by participating in the party of the photographer, Stephen Klein, embracing him and giving him a "COVID" cake. So much so that the singer had to write a long post, in May, to clarify her position: “'When you test positive for antibodies, it means that you HAD the virus, which I clearly did while I was sick at the end of my tour in Paris beyond 7 weeks ago together with many other artists of my show, but at the time we all thought we had a very serious influence ”.

Today, Madonna has published a selfie, taken in the bathroom, complete with a crutch and topless. Dressed only in a pair of black panties and a rhinestone hat.

"Everyone has a crutch," he wrote in the caption. The fans and the media went wild, and Mrs Ciccone managed, once again, despite the sedentary nature of her home, to get talked about. 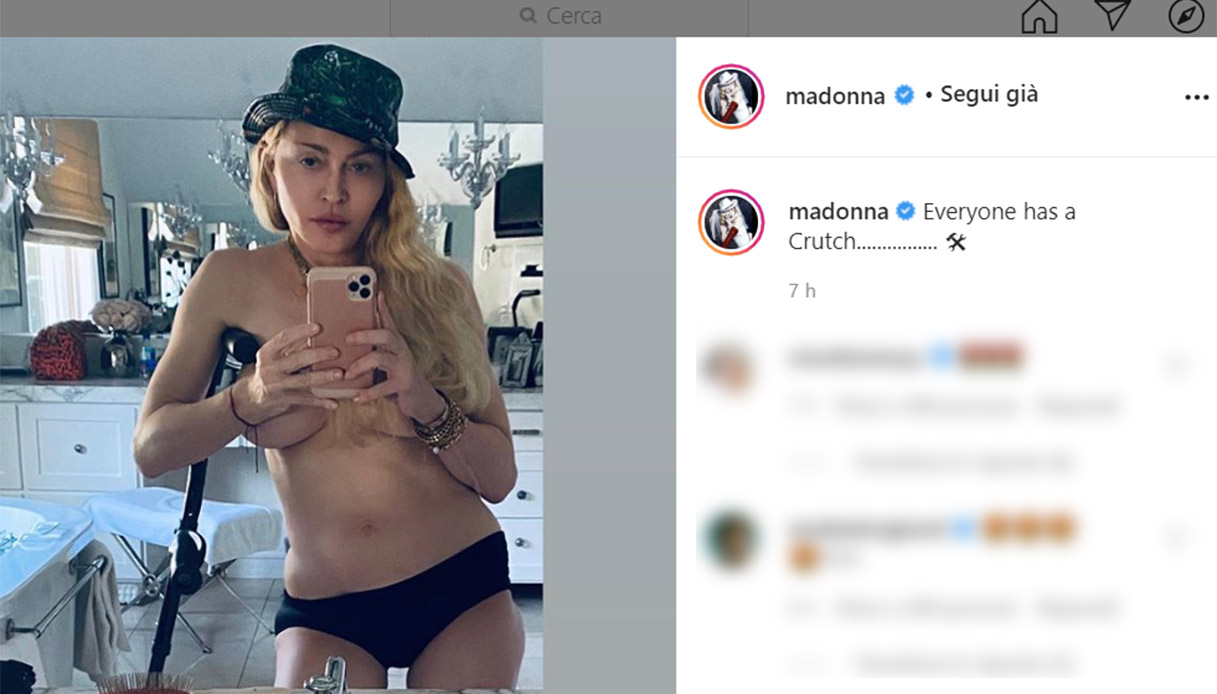