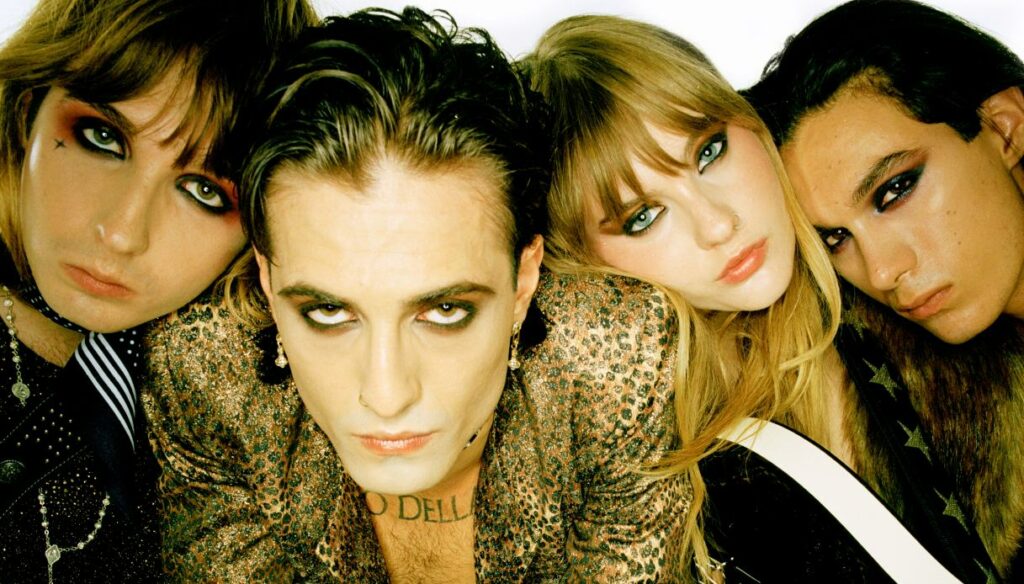 Måneskin “kill” Damiano in the new video for “Mammamia”. Unconventional and fun, it is preparing to become a true cult

Finally the time has come: the highly anticipated video of Mammamia, the latest single by Måneskin, has been released and is already preparing to become a true cult. The Roman band led by the disturbing Damiano David is the protagonist of a macabre mini-film that stages the very meaning of the song: four young rockers grappling with criticism and clichés in which many would like to cage them.

An unscrupulous and funny video

If Mammamia had already made us vibrate every fiber of the body, the video is the icing on the cake of a new (yet another) great success by Måneskin, produced by Prettybird and directed by Rei Nadal, a Spanish director who has already worked for Hercules and Love Affair and Primal Scream.

Damiano, Victoria, Ethan and Thomas embark on a road trip home from a party. Nothing particular, except that each of the three companions lives a lucid dream in which he imagines how to kill the frontman. A sequence of images with acid colors, an unscrupulous and at the same time funny video that fully expresses the spirit of the band.

The meaning of Mammamia

“The song plays with the interpretation of facts, of people, with criticism and the ability to laugh about it. The video takes that unscrupulous desire to joke with the false accusations and brings it into the relational dynamics of the group, in a rock’n’roll cliché that sees the full frontman literally eliminated by Victoria, Ethan and Thomas. ”, Say the director’s notes of Mammamia’s video.

And in fact the song saw the light at a very precise moment. As told by Damiano David during the presentation conference of the unpublished piece, Mammamia translates into music what Måneskin experienced on the stage of the Eurovision Song Contest, from which they emerged as absolute winners. A bittersweet victory, given the countless criticisms and accusations received (above all that of the “French cousins” who have insinuated the use of drugs by the frontman).

“Sometimes you feel that you are doing something beautiful, but people don’t understand and judge badly: Mammamia tries to make fun of this,” explained Damiano David.

From the X-Factor stage it seems centuries have passed. Today Måneskin are a global phenomenon that is collecting success after success with every new album and cover, to the point of attracting the attention of music greats (just think of Iggy Pop). Damiano, Victoria, Ethan and Thomas with Mammamia conquered the position 24 of the Billboard Global 200 Chart in a few days, where they were already present with I wanna be your slave and Beggin ‘.