Måneskin, the latest video clip "I wanna be your slave" is a challenge to prejudice 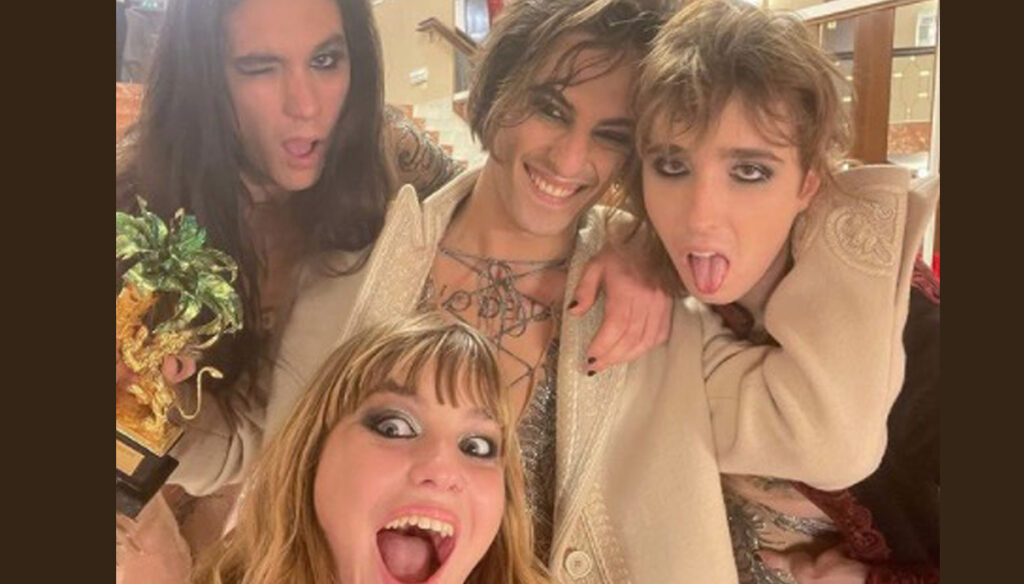 Måneskin presented the video for the single "I wanna be your slave", with images that defy taboos and prejudices

The Måneskin never stop talking about them, between provocations and challenges to taboos and prejudices. In fact, the video of the new single I wanna be your slave was presented, already in position number 10 of the Top 50 Global Chart of Spotify. Impressive numbers for the band, who have played this song during the various television shows of the last weeks in Europe: it is no coincidence that the single is already Platinum in Finland, Poland, six times Platinum in Russia, Gold in Austria, Greece, Norway, Sweden and Turkey.

I wanna be your slave is contained in the album Teatro d'Ira Vol.1, which in recent weeks is conquering the top of the national and international charts. The video clip, directed by Simone Bozzelli, winner of the 35th International Critics' Week at the Venice Film Festival with the short J’Adore, contains all the essence of Måneskin, going beyond taboos, with allusions to sexuality without borders and barriers.

The Roman band wore Gucci garments and accessories among the most iconic of the collections of Creative Director Alessandro Michele, giving life to images where divisions of genres mix. The video, full of provocations – such as the kiss between Damiano and drummer Ethan Torchio – actually wants to carry a profound message, challenging a more traditionalist mentality, with the aim of describing sexuality in all its facets:

The piece speaks of sex and how its interpretation can also be varied and disparate. We wanted to represent various scenes that in the common imagination can still be strange or disturbing precisely to show that in the lives of many people they are the norm despite the fact that there are still many taboos and different stigmas.

In a few hours, the video reached almost 5 million views, also gaining the first places among the trending topics of Twitter. An incredible success, as well as the impact of their music and their message, as confirmed by Victoria De Angelis, the bassist of the band:

It's an important topic for us and we hope to make even a small difference. When those who follow us tell us "your music has helped me to accept who I am and to live more freely" for us it is a really important and great thing.