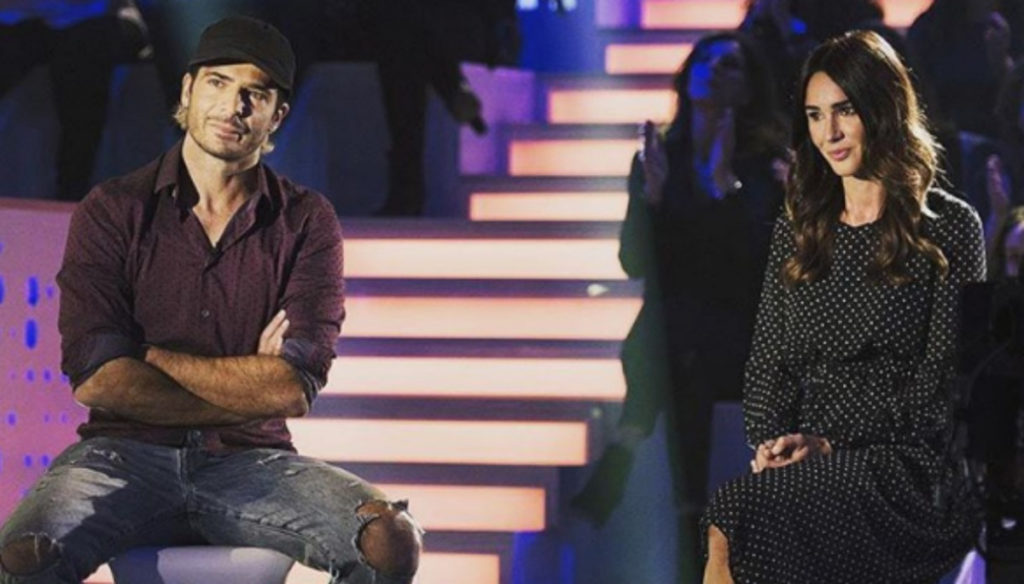 Marco Bocci was a guest at Verissimo, where he appeared with a new look. In fact, the actor presented himself in the studio by Silvia Toffanin, showing off her blond hair. Initially, Marco Bocci appeared in Verissimo's living room with a hat. Pressed by the presenter, he confessed to having chosen to wear the accessory to hide the new look. When the public took it off, he could see his long hair and platinum blonde hair. The reason for this change would be linked to the latest work by Marco Bocci, engaged in a new film.

The actor did not explain more and preferred to talk about the new fiction in which he participated. It is "Solo", a four-part series that will be broadcast on Canale Cinque, in which Bocci plays a policeman fighting against the "Ndrangata in Calabria. This is a lucky time for Marco Bocci (real name Marco Bocciolini), who is experiencing great success not only from a professional point of view, but also in private life. After marrying with Laura Chiatti in 2014, the actor today is the father of two wonderful children: Enea and Pablo.

The couple, despite the rumors of crisis, is happier than ever, as Marco Bocci also reiterated to Verissimo, and dreams of further enlarging the family. "We like parents very much," he clarified once again, reiterating that he wanted many children with Laura Chiatti, the woman of his life. Meanwhile we will see him on Canale Cinque with "Solo", but also in a new job that forced him to change his look. Apparently the long and blond hair, necessary for the actor's next project, embarrass Marco Bocci, who prefers, as he explained, to shoot with a hat to hide the change. Fans do not think so, who have reassured them on social media by saying that, in any way, it is always beautiful.

Lorenzo Gavazzi
2480 posts
Previous Post
Guide to the types of Muslim clothes and veils
Next Post
What does a teacher do in his spare time is our business?