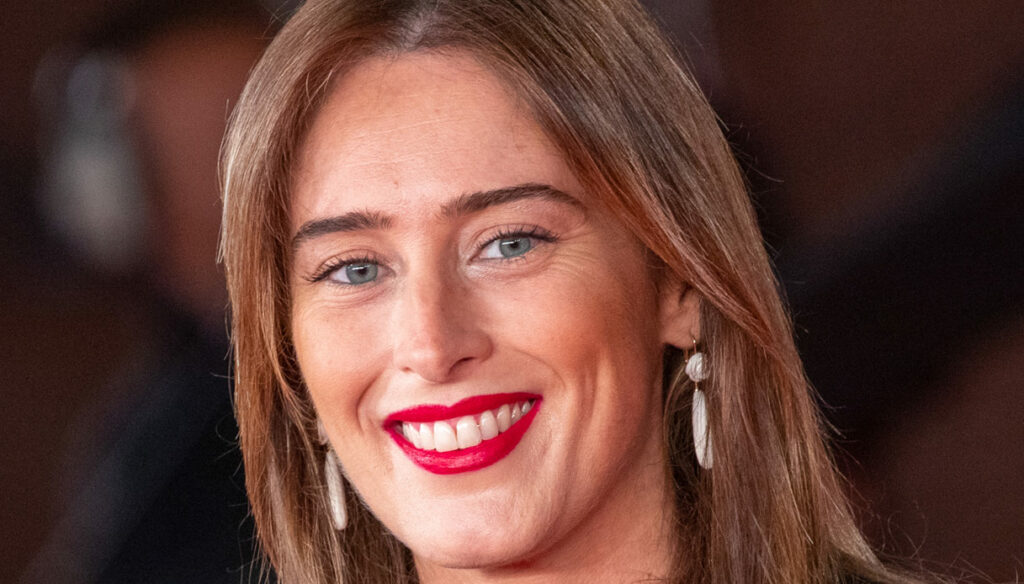 Maria Elena Boschi seduces with the black blazer and confesses to Barbara D'Urso: "Yes, I'm in love. Giulio Berruti is there"

Maria Elena Boschi participates as a guest at Live-Non è la D’Urso and enchants viewers, presenting herself in front of the video with a fabulous, highly seductive black blazer. During the connection, the former minister spoke of many things, from Mario Draghi to Matteo Salvini. But there was no shortage of parenthesis about her private life where she finally let herself go to a real declaration of love for her Giulio Berruti.

Maria Elena Boschi is increasingly fascinating, perhaps thanks to the many changes in sight politically speaking but also in all likelihood the love affair with Berruti that is going well, according to the statements she made to D'Urso.

Boschi virtually showed up in Barbarella's living room wearing an extremely elegant black jacket with a masculine cut. Maria Elena, 40 years old on January 24th, plays with the neckline and seduces, letting you glimpse the perfect décolleté. A thin gold chain doubly interwoven around the neck. The make-up focuses on the lips enhanced by a matte, dark red lipstick.

Lately, Boschi has been showing off stratospheric looks, with the exception of the black shirt dress, a style oversight immediately remedied with the strictly black sheath dress with which she presented herself, together with Mario Renzi and the other representatives of Italia Viva, to the meeting with Mario Draghi.

But let's go back to the interview with Barbara D’Urso and her unexpected statements towards Giulio Berruti, unexpected because Boschi has always been very reserved when it comes to private life. The host asks her if she is happy and in love and she promptly replies: “Yes, I am very much in love. Giulio is a very smart boy, a person who gets busy, works a lot, but above all he is a very sweet boy and he is there. This is the important thing. When you come home in the evening, whatever happened, even nice to share, knowing that there is someone waiting for you, that Giulio is there, makes the difference ".

Faced with this cryptic phrase, many have understood that Boschi and Berruti already coexist. Otherwise, in what sense would he wait for her at home? Meanwhile, these words of Maria Elena have been interpreted as a real declaration of love for her boyfriend. And many already dream of marriage in the immediate future.

The two have known each other since 2014. In the past, Giulio and Maria Elena were friends, but the spark would be triggered after a dinner at the Roman artist's home. "We met for the first time in 2014 at the exit of a cinema. I sent her a bouquet of flowers at Palazzo Chigi but she didn't answer me – Berruti told Verissimo -. I met another person and then we met again after three years at an event. Then a few more years passed before we met again. After the lockdown, I had finished a love story, we resented and reviewed and slowly this very special relationship was born ".

Also to Silvia Toffanin, Berruti confessed: “I never thought I'd fall in love with someone who was involved in politics. I come from a very close family. I would like many children. We talked about it between us and then we'll see ”. So, the actor is serious with Boschi and they are already talking about children.

Barbara Catucci
8013 posts
Previous Post
Who is Sarah Thomas, the first woman to referee the Super Bowl
Next Post
Today is another day, Barbara De Rossi tells her story: her daughter and her love for Simone