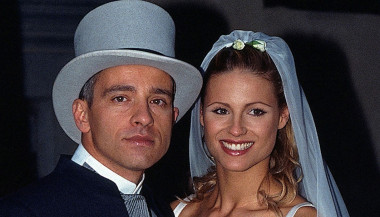 Marica Pellegrinelli sheds light on the alleged return of the flame with Eros Ramazzotti. In recent days, the weekly Who had talked about a rapprochement between the model and the singer, who returned to live together for the love of their children. News that, after that of Marica's farewell to Charley Vezza, had led to the hypothesis that the love between the two former spouses had returned.

To deny the news, Pellegrinelli thought that in the Instagram Stories she shared a long message to talk about her sentimental situation. Marica, who has always been very reserved, has made it clear that she has been single since January 2020, revealing that she is "happily single". "I would like to tell these journalists to stop making up and writing falsehoods – he wrote -. I have never had a wall of silence, I have never lost my smile and I am happily alone without back and forth since last January. So I beg Who (which is a weekly that I still appreciate) to contact me or whoever knows before writing unreal things .. sorry but it is not the first, second, third time … since it is a succession of inconsistencies and plausible facts , but fake. I prefer to clarify and totally distance myself from what you have written about my private life in the last 18 months. Please stop. It's a little blurb this time. There were also pages… but I know that from a little "news" then a whole series of articles will be created that I really don't want to read anymore, especially at this moment ".

A love, that between Eros and Marica, lasted over ten years, crowned by the wedding and the birth of two splendid children. Precisely for them, the exes have always tried to maintain a good relationship, continuing to meet despite the farewell. After the end of the marriage with Pellegrinelli, Ramazzotti has repeatedly denied the existence of some love stories, first with Carolina Stramare, former Miss Italy, then with Roberta Morise, with Sonia Lorenzin and finally with Veronica Montali, former face of Amici. “According to a certain pink press – he explained on Instagram -, recently I would have had four girlfriends, one every thirty days (…). We are in a country where it is enough to hug a person to find yourself in love or engaged the next day in certain newspapers ”.