Marini: the truth about the wedding with Cottone

After the wedding was canceled, the showgirl-businesswoman tells the tragic background of the breakup 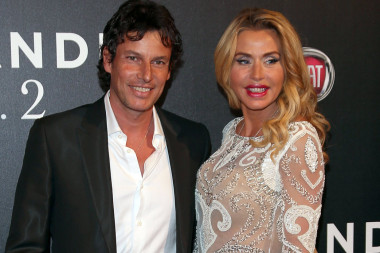 He dreamed of a Valeria Marini family, but finds himself with his broken dream. Her marriage celebrated on live TV with Giovanni Cottone on May 5, 2013 in Rome ended after less than a year. La Sacra Rota canceled the wedding in record time because he, without saying anything to poor Valeriona, had already married in church with the woman from whom he had two children. And now Marini tells how she learned about the terrible secret: «I discovered the truth through an anonymous letter. He managed to hide a family, two children from me. Not only did he betray me and everything I believe in, but he lied before God ». Valeria is disappointed and angry, but also relieved: "Now a nightmare is over … Finally, I had justice and I am calm; I'm ready to start again. After so many injustices and falsehoods, I found the serenity and joy of living with a smile ».

I've always dreamed of love and family. (Valeria Marini a Porta a Porta)

End of a nightmare, but not of war. Because obviously Cottone replied: "False: she knew everything … And it is I who continue to live in the nightmare of this story that Valeria insists on wanting to make spectacular". "The cancellation was agreed by both as an unexpected and unexpected defect of form relating to my previous constraint, however known to all, emerged," continued Cottone. Who is not there, is ready to fight and for his ex-wife he uses fiery words: "He tries to obtain economic advantages that he knows are not due". Marini, on the other hand, says she didn't ask him anything. And now that he has obtained the annulment, he hopes in his heart that one day he will have the opportunity to remarry in church again, if he meets the right man.

Cottone consoled himself with the Brazilian Dani Samvis. Valeria Marini, between ups and downs, pairs with the Neapolitan real estate developer Antonio Brosio: who knows if he will bring her back to the altar, who knows if he will write his happy ending with him. Her ex-husband is already thinking of a yes on the beach in Rio de Janeiro.

I believe he married me for my popularity. He aimed at me and had me. I was a perfect business card. He was very attentive, thoughtful like no other. From the day after the wedding, however, another man showed himself, took away my smile. (Valeria Marini talks about Cottone)