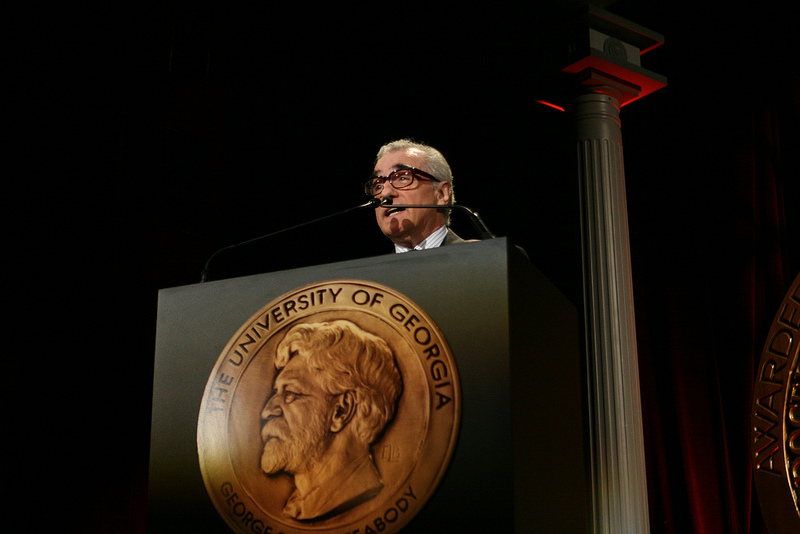 Martin Scorsese is considered a true representative symbol of the history of cinema. Here are some important information and curiosities about this celebrity

Martin Scorsese was born on November 17, 1942 in New York. He is known for having played various important roles in the world of the big screen including screenwriter, director, actor and has become one of the most renowned film producers. Scorsese won the Academy Award for Best Director in 2007 thanks to the film The Departed – The good and the bad. It is a true Hollywood icon in the history of cinema. The main themes of his films are based on the various instincts of man that lead to violent attitudes, also including religion and sins. His artistic skills have always been inspired by a kind of particularly realistic violence that leads to Italian Neorealism and the French Nouvelle Vague. To increase his great success throughout his career was, in particular, the link with Leonardo DiCaprio and Robert De Niro. Martin Scorsese also won the Palme d'Or award at the Cannes Film Festival for the famous film Taxi Driver, three Golden Globes and a golden Lion. Martin Scorsese has been recognized as the best director in recent years.

He is the son of Luciano Charles Scorsese and Catherine Cappa, originally from New York. Martin Scorsese's grandparents were actually Italian immigrants from Palermo both on the maternal and paternal side. They moved to the U.S. in the 20th century. Little Martin spent the early years of his childhood in Queens with his family. But following some differences with the owner of the house where they lived for rent, the family decided to move to Manhattan, precisely in Elizabeth Street, an area known to be considered "Little Italy". In this district Scorsese spends a rather difficult youth because of his strong asthma. Complicating everything is his small size which does not help him integrate into the gang. This is how Martin Scorsese finds himself experiencing a sort of isolation, but it is precisely the latter that leads him to discover his strong interest in cinema, in particular for western films. In addition, it also develops a strong religious belief so as to affirm that the only places where it felt really good were the cinema and the church.

Asthma has been responsible for numerous difficulties throughout his life so much that the actor had to give up practicing various sports activities. Already as a young man, Martin started making some fictional film storyboards that were only shown to his best friend. Subsequently he devoted himself to studies to become a priest, but did not complete this path due to the difficulties in managing his rhythms with religious life. So he began to attend the film course and began making his first short films such as The Great Shave, a true New Hollywood icon. After that he began to take care of some filming up to make his way into the world of directing and obtain a great reputation. Thus, the Italian American director leaves New York for Hollywood and becomes a member of Roger Corman's factory. Also following this important experience, Martin Scorsese began to enjoy enormous success in the world of cinema. The actor got married 5 times. He had a daughter named Cathy from his wife Laraine Brennan. After their divorce he married Julia Cameron, screenwriter and teacher, from whom he had another daughter named Domenica.

The couple divorced in 1977 when little Sunday was only 5 months old. After that, he was married to actress Isabella Rossellini and later to Barbara de Fina, a well-known producer. He has been married since 1999 to the producer Helen Morris from whom he had another daughter named Francesca. Martin Scorsese has always called himself a Roman Catholic and fallen. He has been a well-known supporter of the David Lynch Foundation's project to offer support to the military and help them alleviate the trauma caused by stress through transcendental meditation. During the course of his career, the partnership with actor Robert De Niro with whom the director has often worked to produce eight films together with the actor has not gone unnoticed. De Niro was introduced to the director in the 1970s and was immediately chosen to play a part in the film Mean Streets – Sunday in church, Monday in hell. Subsequently, Robert De Niro and Martin Scorsese collaborated again for the creation of the film Taxi Driver, where the actor starred in the leading role. However, this partnership has persisted over the years for the making of new films in the nineties including Cape Fear – The Promontory of Fear and Those Good Guys, successful films highly appreciated by the public.

Giovanna Pirri
5501 posts
Previous Post
February 2016: here are the new rules governing the smoking ban
Next Post
How healthy is your breakfast? We tell you