Martina Colombari talks about the difficulties of isolation and the choice, taken together with her husband Billy, to consult a psychologist 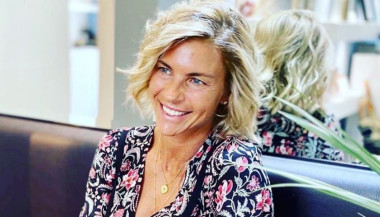 Martina Colombari at the top and sweetest mom on Instagram

Martina Colombari talks about the relationship with her son Achille and reveals that she has turned to a psychologist together with her husband Billy Costacurta, to manage the bond with the 16-year-old. The former model and the footballer have been in love for over 25 years. They married in 2004, crowning their feelings with the birth of a son, and have never left each other since.

45 years old and a beauty that has never faded, Martina Colombari is one of the most loved Misses in the history of Miss Italy. The actress talked about herself in a long interview with the Messenger, talking about the difficulties encountered during the pandemic, between Dad and isolation. Colombari talked about the job of being a mother, defining it as “the most difficult in the world, especially now. You go by intuition, with the heart and with the head. And how to do it, it hurts ”.

“We got help – he confided -. Asking outside help from an expert or a psychologist, in times of trouble, is not something to be ashamed of. Indeed […] Covid has broken the balance, has upset the routine of families. Not to mention the parents who have lost their jobs: I can't complain, but in my little one I have been at a standstill for a year and two months. I was on tour for the first time, with Corrado Tedeschi for Eric Assous' Roller Coaster, but at the best the theaters were closed ”.

Martina then recounted how Achille, 16, faced Dad. “Any excuse was good to turn off the camera. A snack, a break, a cigarette. 16-year-olds have specific needs and studying is not necessarily one of them, ”he recalled. Colombari confessed to having had some very tough discussions with her son and husband Billy Costacurta. “Both my husband and I do not have school backgrounds that ended with graduation behind us – she explained -, because our careers developed immediately after graduation. For him we are the living example that the university is not fundamental. He says: it didn't help you. Now he is convinced that he would like to open a restaurant. But first he has to work as a waiter, find a partner, work on creativity and marketing. It is difficult to push him without demotivating him. Especially now, when there is no distance ”.

Help came thanks to the decision to go to a psychologist. “We got help from a psychologist who deals with parenting – he explained -. I say it serenely: asking for help is not an act of weakness, but of great love for one's children ”.