Massimiliano Rosolino and Natalia Titova: the truth about marriage 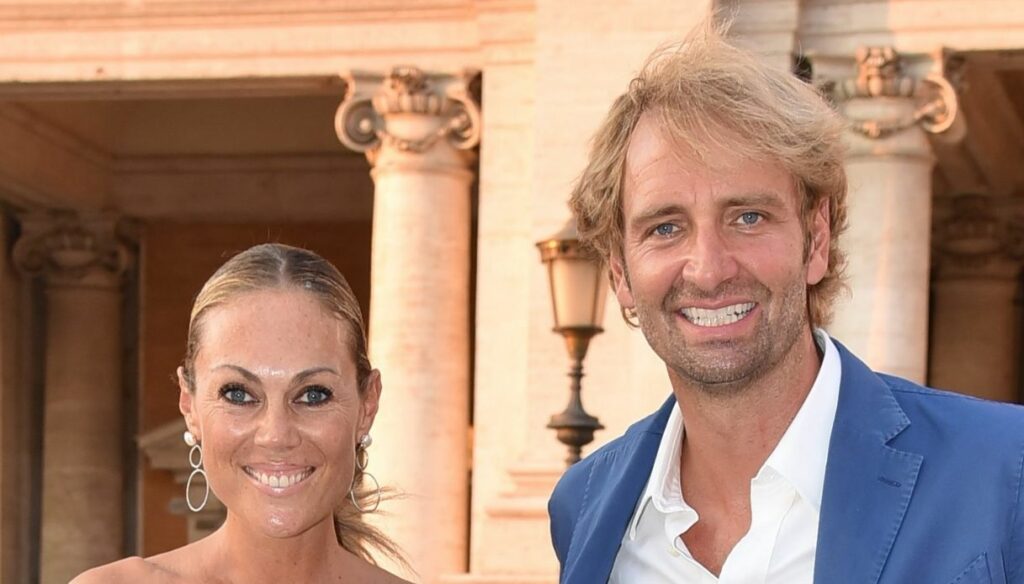 Massimiliano Rosolino, wedding in sight with Natalia Titova? The former swimmer has revealed his feelings about it: he prefers a "honeymoon".

The love story between Massimiliano Rosolino and Natalia Titova has never stopped making the couple's fans dream, especially about the long-awaited wedding. In an interview with Nuovo TV, Massimiliano talked about his participation in the Isola dei Famosi 2021, as a special correspondent, and above all about his wedding with Natalia Titova.

Although Massimiliano and Natalia have been linked for some time, since 2006, when they met in Dancing with the stars, they have never expressed a strong desire to get married. However, they had two daughters, Sofia Nicole, born in 2011 and Vittoria Sidney in 2013.

Maximilian has finally clarified his feelings about the constant pressure from the tabloids. "I don't marry her, because marriage is something that others do, but after the island I take her on my honeymoon." A very sweet thought, but also rather nonconformist. If on the one hand he wants to give his wonderful partner a dream trip, on the other he prefers not to take the plunge.

When the Island of the Famous comes to an end, Massimiliano intends to live an intimate and private fairytale with his beautiful Natalia and daughters. For now, while away from home, Rosolino admitted that he hears his family every day, taking advantage of video calls.

Show that you are a very attentive and above all present dad, even if he is away for work. In fact, he said that, on weekends, he always tries to help his daughters with their homework, to support Natalia and give her a few hours for herself, from the moment she is looking after her daughters all day.

Furthermore, Titova had received a request to participate in the current edition of the island. He preferred to refuse, because, with Rosolino as a special envoy, the daughters would have stayed at home. Sure, she could have asked relatives for help, but Natalia didn't feel like leaving, in such a difficult time.

Massimiliano Rosolino's relationship with his daughters is truly unique and special: “My two pests”, he said, nicely commenting on their personalities. "They do what they want, but of course you have to keep up with them and help them."

For now, Massimiliano is doing great on the Island of the Famous and is happy to have bonded with Ilary Blasi, whose sincerity and above all his spontaneity he appreciates. Upon returning from his incredible experience, however, he will put his work to sleep to devote himself to his partner and daughters.

Barbara Catucci
7936 posts
Previous Post
Today is another day, Simona Izzo and her sisters tell each other from Bortone
Next Post
Isola 2021, Angela Melillo at risk of elimination: she has broken the regulation