Matilda De Angelis on Instagram shows her face without makeup: "To accept me" 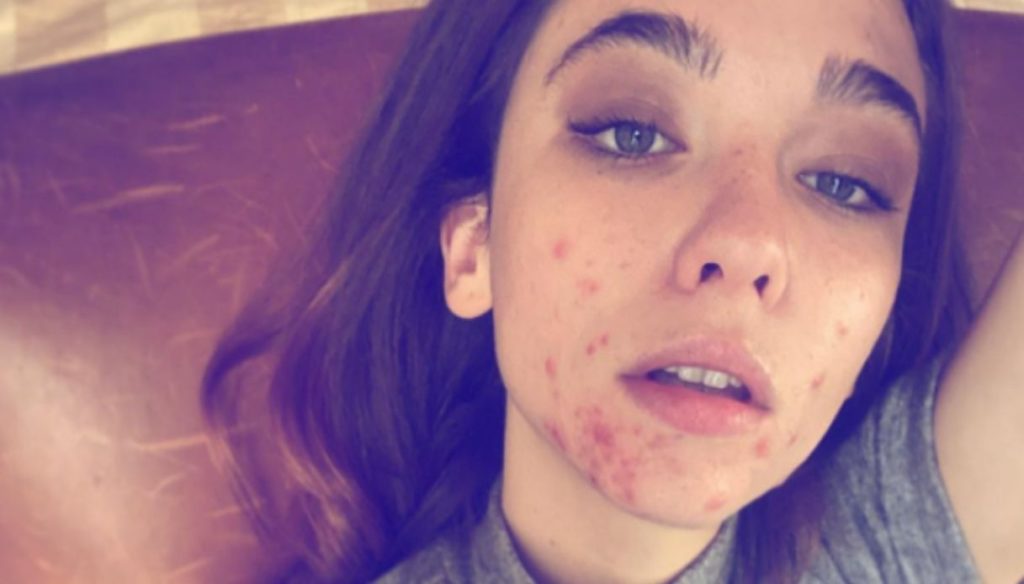 An invitation to accept and love each other that of Matilda De Angelis: the young actress, protagonist in these days of The Incredible Story of the Isle of Roses together with Elio Germano, has published a shot on Instagram in which she shows herself naturally, without makeup and without hiding acne on her face.

Matilda accompanied the photo with words full of emotion, in which she showed her fragility and at the same time the courage to show herself as she really is:

There are things that cannot be controlled and this year he taught us well. There are changes that we must accept in our life and, along with them, the perception of ourselves and the world around us. Paradoxical things happen in life don't they? Well, for me, being an actress and working with a face eaten by acne is one of them.

De Angelis, who can boast a great achievement, that of acting alongside Nicole Kidman and Hugh Grant in the series The Undoing – The unspoken truths, with her selfie showed all her insecurities:

Every day I have to wake up and present myself first in front of the mirror and then in front of the camera with all the emotional load that already entails and being “splendid”, partly and concentrated together with all my fears and insecurities literally on the skin.

With great sincerity, the actress admitted that she is aware that there are bigger problems, but despite this she wanted to send a message of positivity and self-acceptance:

I wanted to share this little truth perhaps to feel stronger, perhaps to accept myself better. Our fears can paralyze us or they can become a great force, it is up to us to choose the path. And to practice so much gratitude for all the good things that happen to us and maybe even for the bad ones.

Matilda De Angelis is not the first to show herself without filters: even Aurora Ramazzotti last July had published a post in which she showed her acne. The daughter of Michelle Hunziker and Eros in that case wanted to appear natural on the social network: "To post a photo like this, as you took it, now it takes courage – she wrote -. Especially for those who have always struggled with their insecurity, their weight, their pimples ".