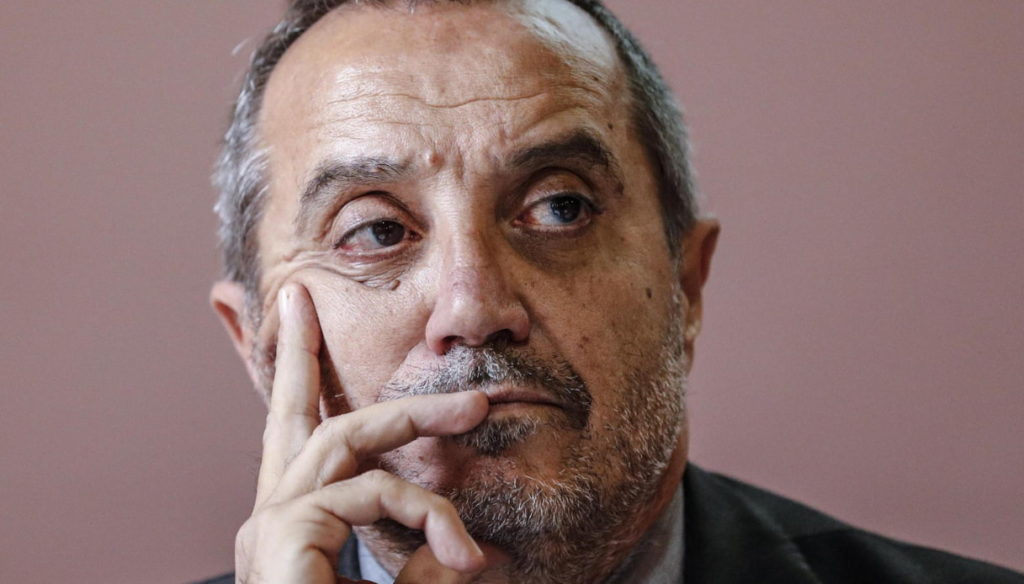 The removal of Mauro Corona from "Cartabianca" continues to be discussed and Franco Di Mare replies to Bianca Berlinguer.

The question and answer at a distance between Bianca Berlinguer and Franco Di Mare continues for what has now become the Mauro Corona case. The writer, as is known, was excluded from the Cartabianca show after insulting the presenter live. After his absence for a few episodes, Berlinguer would have liked to have Corona back as a guest of the broadcast, but would have met with the clear opposition of Franco Di Mare, director of Rai Tre.

A few days ago Bianca Berlinguer, intercepted by Valerio Staffelli of Striscia la Notizia, had commented on the story. "This decision was taken without my consent – she said -: Franco Di Mare brought up the honor of all women without considering mine and in the end, an issue that a woman, myself, should have managed. became a quarrel between two men. I spoke to Di Mare only the day after the incriminated episode and he told me that Corona would never set foot in the broadcast again, even though I didn't agree. Too bad, because besides me, many of our viewers would like it back ”.

The reporter's reply came shortly after. "It is a Rai decision, if the company changes its mind … – he explained to Corriere della Sera, speaking of the choice to remove Corona from Cartabianca – […] I based myself on the rules and consulted the Control Committee on the Code of Ethics which he told me you couldn't. Article 1 of the code of ethics and 9 of the service contract which, among other things, commits Rai to use a language that respects the dignity of women ".

Di Mare then commented on Bianca Berlinguer's words. "I am not angry with her, but here too there is a rule to respect – he said regarding the interviews given on this issue -. Berlinguer was asked a month ago not to give interviews. Instead I am attacked periodically ”.

"What if the conductor was you and the director took away a guest?". This is the question put to the manager. "The responsibility of the editorial line does not lie with the conductor – underlined Di Mare -, but with the direction of Rai which, if it wishes, suspends a broadcast: it happened to Detto Fatto".

Barbara Catucci
7143 posts
Previous Post
Milly Carlucci's pain for Paolo Rossi: "Symbol of the best years of our life"
Next Post
Melania Trump thinks about her legacy and already packs her bags: where she will go to live