Maxima of Holland, the Queen who dares with 3D effect transparencies 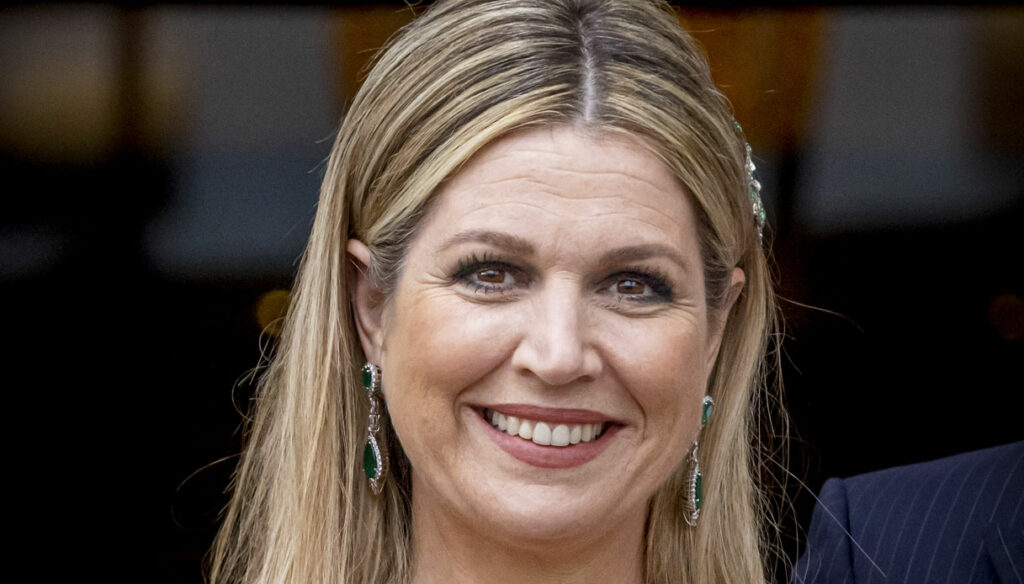 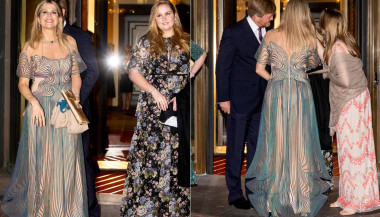 Maxima of Holland, the futurist dress that plays with transparencies

Maxima of Holland, 50 on 17 May, chose a truly avant-garde look for an evening at the theater with her family, her husband Guglielmo Alessandro, her three daughters, Caterina Amalia, Alexia and Arian, and her mother-in-law Beatrice.

Usually in these family reunions, Queen Maxima gives way to her three girls, but this time she didn't hesitate to put them in the shade, despite their gala looks, wearing a really bold dress for a crowned head that plays with the effect. transparent, in an alternation of see and do not see highlighted by the geometric lines that create an optical design, almost in relief, as if it were in 3 D.

Maxima's futurist dress is by Dutch designer Iris Van Herpen, 36, who dressed celebs such as Gigi Hadid, Cara Delevingne and Rita Ora, as Hola reminds us! It is the first time that the Queen wears this brand and, considering the result, it is certainly promoted on all fronts. Evidently on the threshold of 50 years, His Majesty wanted to dare with an out of the ordinary look.

Van Herpen is in fact known for its almost surreal creations that focus on combinations of volumes and psychedelic patterns, making use of the most avant-garde techniques such as 3D prints but with the attention and care of high fashion. In this, satisfying the needs of Queen Maxima, always very attentive to style, like her colleagues Letizia of Spain and Kate Middleton, who, however, is more tied to the court dress code.

Velvet sandals You can buy online a blue version of the sandals of Maxima of Holland 46,70 EUR Buy on Amazon

The dress worn by the Sovereign seems to have been created especially for her, perhaps an early gift from her husband, because it was not presented in any collection and there are no other images. It is a long dress up to the feet, with a boat neckline and short laser-cut sleeves. The originality of the garment lies in the optical game, giving at first the feeling of being totally transparent. Instead, a flesh-colored lining has been incorporated under the tulle that creates the nude effect because it is almost imperceptible. To catalyze the eye we think the petrol-colored lines that seem to form psychedelic waves.

As accessories, Maxima chose a champagne satin clutch and dark green velvet sandals. While as jewels, the Queen opted for a necklace in diamonds and emeralds, motifs taken from the bracelet and dangling earrings. And a sparkling butterfly appears in her hair

Giovanna Pirri
5086 posts
Previous Post
Who wants to ask Dante Alighieri a question?
Next Post
Chanel turns 14: the best wishes from Totti and the resemblance to Ilary