Meanings and origins of the Halloween party 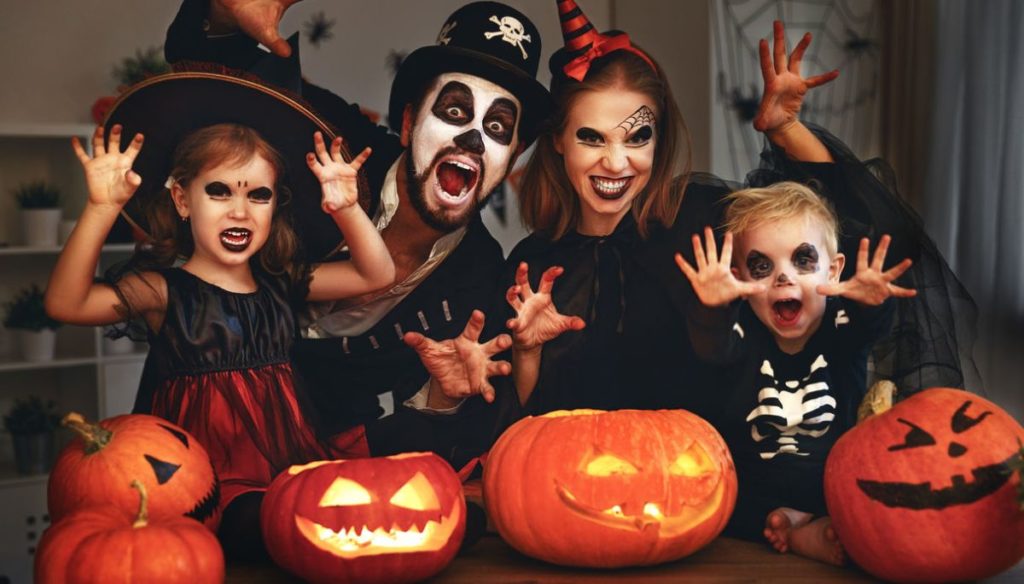 Do you know the origins of the scariest party of the year? Here is the meaning of Halloween night revealed

"Trick or treat?": A phrase that children declaim door to door on the scariest night of the year. In fact, much of what we know about Halloween we learned from American cinema and TV. Many US films and series have for the first time narrated the famous "night of the witches" and the dead who come to light just on the fateful date of October 31st, during the famous Halloween party. The custom in Italy seems to have been acquired recently, but in reality the origins are very ancient and with a story to be told.

Which means the word Halloween

What does Halloween mean? The meaning of the word Halloween (in Irish Hallow E'en), derives from the contracted form of All Hallows ’Eve, where Hallow is the Gaelic word meaning Holy. The correct translation in Italian of Halloween, therefore, is "the night before (Eve) of All Saints", then of November 1st, Ognissanti, translated into English with All Hallows' Day. Furthermore, the English word for digging is " to hollow ”and the act of digging is“ hollowing ”, a sound that follows the very word of Halloween and a symbolism linked to death.

The origins of the Halloween party

There are several theories about the origin of Halloween and its meaning. In popular culture, in fact, "the night of the witches" seems to have at least two different origins: one of Roman origin, the other Celtic. Regarding ancient Rome, it seems that Halloween can be inspired by the celebrations dedicated to Pamona, the goddess of fruits and seeds, or to the Parentalia, that is the feast of the dead.

Closer to current customs, however, is the Celtic tradition: Halloween would derive from the feast of Samhain, which comes from Gaelic and means "end of summer". The most frightening night of the year falls, just between the end of October and the first of November and symbolically represents the end of the summer and the beginning of winter. A time when you stayed at home for many months, sheltering from the cold and spending your evenings telling stories and legends. For the Celts, in fact, the new year did not begin on January 1st, but on November 1st.

Meaning of Halloween: why the scary masks

The Celts believed that on the eve of each new year, October 31, precisely, the Samhain called to himself all the spirits of the dead and that the forces of the spirits could join with the world of the living. A night of temporary fusion of the laws of time and space, ensuring that the afterlife merges with the world of the living and allowing wandering spirits to wander undisturbed on Earth.

It was therefore a celebration that exorcised the fear of death and the spirits with the vitality of the celebrations for the end of the old year. During the night of October 31 rallies were held for the ceremony of lighting the Sacred Fire and animal sacrifices were being performed. On this occasion, the Celts wore grotesque masks made with the skins of animals killed to frighten the spirits.

The day of Halloween has changed over the years and especially in the twentieth century in a custom very influenced by American traditions and which has since spread to many countries around the world. Here is the meaning of the Halloween party. Have you already found the scariest costume of the year?