A recent study by the University of Adelaide, published in theInternational Journal of General Medicineproved that the major consumption of carbohydrates (cereals and tubers) does not lead to a gain in life expectancy, while that of meat (preferably from sustainable farms) it is related to longevity. Yet, it is often said that foods of animal origin – being rich in saturated fats – they increase the risk of developing cardiovascular diseases, such as heart attack and stroke. Furthermore, by strongly acidifying the organism, they seem to predispose to numerous other pathologies, such as some tumours. Where is the truth?

«From a scientific point of view, the only diet that has been shown to improve physical performance, protect health and substantially lengthen life is the Mediterranean dietthat it also includes meat», explains Professor Francesco Landi, director of the complex operating unit of internal geriatric medicine at the Agostino Gemelli IRCCS University Hospital Foundation in Rome. «The strong point of this food scheme is thewide variability of foods on different days of the week, where abundant foods of vegetable origin must be consumed, but also dairy products, red and white meats, fish and eggs. In particular, to compose a healthy dietor healthy diet, we should consume 3-5 servings of fruit and vegetables a day, to which we can combine everything else alternately: meat can find space at least twice a week».

The big misconception about meat

To transform meat into the great “public enemy” was a press release ofthe International Agency for Research on Cancer (IARC) of Lyon, the world’s leading authority on the study of carcinogens, which on 26 October 2015 listed red meat as a “probably carcinogenic” substance for man and the red one worked – through smoking, salting, drying or adding chemical preservatives (such as cured meats) – in group 1, among “certainly carcinogenic” agents.

Actually, that press release was not to be alarmist and, above all, did not denounce a novelty: already in 2002, in the monograph Diet, nutrition and the prevention of chronic diseasethe World Health Organization had linked an excess of red and processed meat to a probable increase in the risk of various types of cancer, without however depriving meat of the merit of bringing proteins of high biological value and a wide range of essential micronutrients, in particular iron, zinc and vitamins. «If we think about it, even the sun’s rays are part of group 1, but that doesn’t mean we give up on walks in the open air or sunbathing on the beach. As usual, it is the quantity that makes the difference: in this specific case, if we consume meat twice a week and processed meat, such as cured meats, once every fortnight, we are in no danger. Indeed, we only benefit from it», assures the expert.

It is an important food for evolution

Meat has always played a fundamental role in our diet, «because it has promoted cognitive developmentmorphological and anatomical characteristics of man thanks to the contribution of nutrients and micronutrients that are difficult to find in such a concentrated form and available in other foods», describes Professor Landi. Just think of the B complex vitamins, fundamental for the harmonious development of all body structures and precious for the proper functioning of the nervous system: it is no coincidence that B12 is considered the Achilles heel of the vegan diet, because there are no edible plants or vegetables from which to draw it in active form. «In fact, all the alternative diets to the Mediterranean diet represent personal, ethical or “philosophical” choices, but they do not have any privileges. Or, at the very least, there are no robust scientific studies that have shown this at the moment.”

Valuable for proteins and during growth

Among other things, meat provides us with those building blocks (amino acids) which, by binding together, build proteins, the fundamental constituents of all the cells and structures of the body. “Any “tweak” to their recommended daily dose must always have a clinical justification, because protein is essential for maintaining muscle mass. Otherwise, especially in older age, we almost certainly pave the way for osteopenia and sarcopenia, two pathological conditions where bones and muscles become weaker than normal and have a reduced resistance to stress, such as small traumas due to falls for example”.

But the meat is valuable even in the growth phase: there are even studies conducted by the University of Sassari and coordinated by the professor Joseph Pulina who candidate meat as their number one ally for healthy growth: after the neonatal phase, starting from the sixth month of life in weaning, the introduction of this food (3-4 times a week, compared to 14 weekly meals) favors brain development, refine vision, stimulate intellect and cognitive functions.

Because meat is a complete food

On the issue of longevity, then, the study published in theInternational Journal of General Medicine – conducted on 175 countries of the world – has demonstrated that meat has obvious advantages over foods of plant originbecause it contains all the constituent compounds of our body, i.e. complete proteins, vitamin B6, vitamin K, choline, niacin, riboflavin, vitamin B12 and all necessary minerals such as iron, phosphorus, selenium and zinc.

There are even researches that show the importance of meat in hospital menus or, in any case, when diseases occur that force reduced mobility: it seems, in fact, that in patients with chronic lesions and sores in the acute phase, the intake of a greater quantity of protein, up to 2.2 grams of protein per kilo of body weight per day, facilitate tissue repair and shorten recovery times. For this purpose, the noble proteins of meat are more effective because they are rich in arginine and glutaminewhich play an active role in maintaining and repairing the integrity of the skin.

So why has other research sometimes associated vegetarian and vegan diets with better health? Apart from the fact that this association lacks really representative data of the population, it seems that vegans and vegetarians tend to have healthier lifestyles overallfor example avoiding smoking and alcohol or practicing regular physical activity.

No alarmism even for the alleged link between red meat and colon cancer: «The relationship between diet and cancer is extremely complexbecause every day we introduce many foods prepared, combined and cooked in many different ways: it would be impossible to attribute full responsibility to one or the other for a complicated disease such as cancer, whose genesis is also influenced by genetic predisposition and interaction with the surrounding environment», Professor Landi points out.

Moreover, years after that fateful 2015, research has made great strides with more accurate studies showing the strong limitations of past studies on which the risk of colorectal cancer in habitual meat consumers had been calculated , while other research places the greatest risk on vegetarians and vegans, who abuse fibers and vegetables containing potentially toxic anti-nutritional factors, such as saponins and lectins. «The message, in short, is that the truth is always in the middle: as with any other foodthe consumption of meat is beneficial for health, provided it is consumed in moderation and without excesses», concludes the expert. 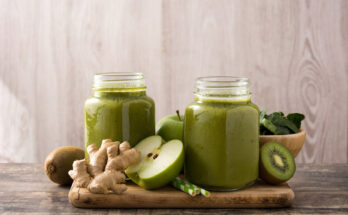