According to rumors, the eldest son of Queen Elizabeth would have seen the son of Harry and Meghan only twice. And it doesn't stop there. 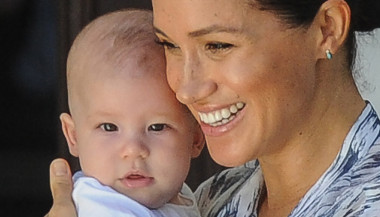 Prince Charles would only see his grandson Archie twice. This is the indiscretion revealed by the Daily Mail (popular British newspaper) on the occasion of the second birthday of the son of Harry and Meghan. The fact would have made it difficult for the royal assistants who, busy creating a tender message of good wishes for the little one, would have struggled to find a recent photo to use. For this reason it was in fact opted for a shot dating back to the first months of Archie's life, in the absence of new images. And that's not all.

Also according to the cited source, the little cousins ​​(Prince George, Princess Charlotte and Prince Loius) would have met Archie only once. The crisis situation created within the Royal Family would therefore seem to be increasingly marked. The Daily Mail states that this is a very sad situation, stressing, however, that there is no direct responsibility. As everyone knows, Meghan and Harry left the UK last year, first moving to Vancouver Island, then moving to Los Angeles (where they still reside). However, the arrival of the pandemic prevented them from moving and returning frequently to the United Kingdom, and Harry only returned home for the funeral of his grandfather Philip. Meghan, pregnant with her second child, instead preferred to stay in the United States with Archie.

In short, it would therefore be a series of coincidences that added up one after the other. After the interview with Oprah Winfrey a few months ago, it is now clear to everyone that relations between Harry and his family have cooled, especially the one that binds him to his beloved brother William.
The disappointments, however, do not end there. Next July, in London, a statue dedicated to Lady Diana will be inaugurated, wanted by the two princes to pay homage to the deceased mother. However, it seems that the Duke of Sussex will not be present on the opening day and that he will stay with Meghan in Los Angeles. An unexpected gesture, which in all probability will mark another crack in the relationship between William and Harry.

Only time will be able to give answers, but it now appears certain that it will be very difficult for Harry to fully recover the solid relationship he has maintained with his family for years.