Meghan Markle, $ 4,700 dress and Harry with no limits in the scandal interview 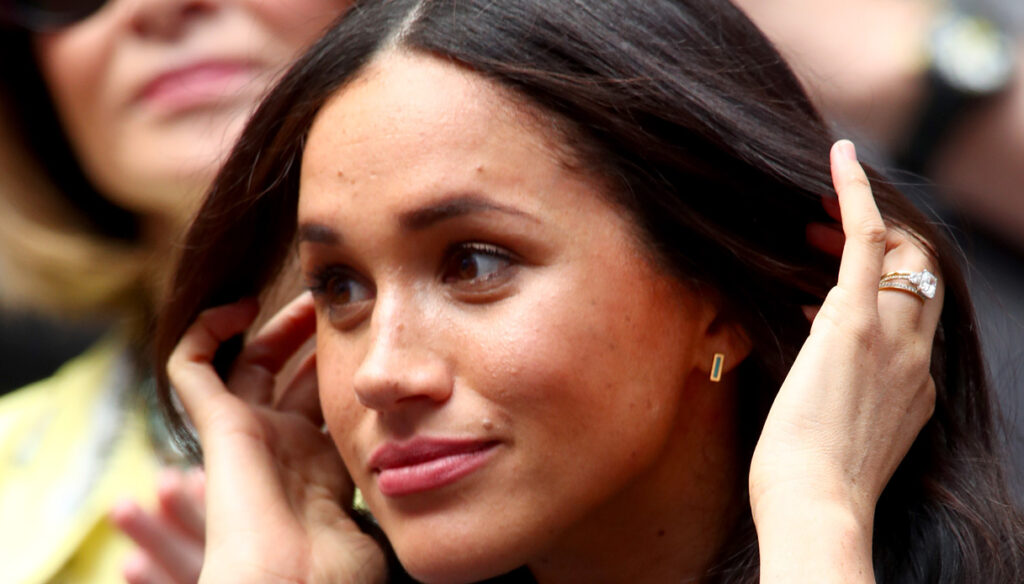 In the preview of the interview-truth Meghan shows the baby bump with the Armani suit and confesses that she has been silenced by Buckingham Palace. Harry is unbridled

CBS broadcasts the promo of Meghan Markle and Harry's interview with Oprah Winfrey, a few seconds that already make one tremble in which the Prince sets no limits in his outburst against the life of Court and his wife, splendid in a dress of Armani for 4,700 dollars (about 4 thousand euros), is forced to confess every background of the treatment received at the Palazzo, confessing to having been silenced by the Court.

Although Kate Middleton said she was stunned by her brothers-in-law's choice to make such comments, especially now that Prince Philip is hospitalized, Buckingham Palace doesn't get caught off guard and unleashes her attack. On March 7, everyone will know what Harry and Meghan confessed to their friend Oprah Winfrey, but a few hours before, Queen Elizabeth will air the message for Commonwealth Day, beating her grandchildren on the beat.

Of course, it is that Meghan and Harry will spare no shots, according to rumors reported by the Daily Mail. But let's proceed in order. From the first images broadcast by CBS, Harry and Meghan Markle no longer appear in an informal, almost friendly way as in the previous video interventions in 2020. Since the announcement of the second pregnancy, their image has definitely changed. They are again "the Dukes of Sussex", not at all defeated or discharged over the Megxit issue.

Lady Markle chose for the interview a splendid black long-sleeved dress, with stylized white floral decorations on one side only, a V-neck and a high belt. The garment is signed Armani and costs 4,700 dollars, or about 4 thousand euros. The look is completed by the black pumps by Aquazzura, a necklace with hard stone by Pippa Small, the "Love" bracelets by Cartier and a pair of diamond stud earrings, highlighted by her hair gathered in a messy bun, her hairstyle iconic. Meg does not miss the opportunity to caress her belly, which is now quite evident. And when she is sitting next to Harry in the garden of their Montecito mansion, she holds his hand.

Meg's thin smile at Oprah's painful statements, which seems to have prompted her to freely say whatever she wanted, recalls Lady D's expression, but observes the expert: "while Diana's sadness was imprinted on her face , Meghan's expressions seem much more enigmatic ”. However, James points out, Meghan looks like she's not going to back down and think again. “Her back is straight, sitting in the center of the chair. We can see both arms outstretched in a simple gesture to suggest feelings of self-control rather than any ritual of protection or demeaning as if it sensed that the questions went further ”.

All this underlines, suggests the expert, that Meghan arrived prepared for questions. James analyzes how Markle is presented in these images. She looks like "a silent film actress", because we don't know what she says in this interview, she is filmed only with her face tilted, caught swallowing that suggest "deep emotion". While we see Oprah expressing amazement with expressions like "unsurpassable" and asking her about the sacrifice of silence that would have been imposed on her by the Palace.

For his part, Harry appears in a light suit and white shirt without a tie. He looks much more comfortable on video than in the past, he no longer lowers his gaze and has a more dominant air. The Prince also seems to have gained a few more pounds than in the past, has a slight belly and a fuller face.

Harry confesses that he moved to Los Angeles to prevent the story of his mother Diana from repeating itself. And Oprah invites him to speak freely, nothing is off limits in this interview.

Some of the videos in this section have been taken from the internet, therefore considered in the public domain. If the subjects present in these videos or the authors have something against the publication, it will be sufficient to request removal by sending an email to: [email protected] We will delete the video as soon as possible.

Giovanna Pirri
4843 posts
Previous Post
GF Vip, previews on the final: who will win
Next Post
Covid-19, how to protect the maximum number of people with vaccination