Meghan Markle and Harry, William's judgment that condemns them 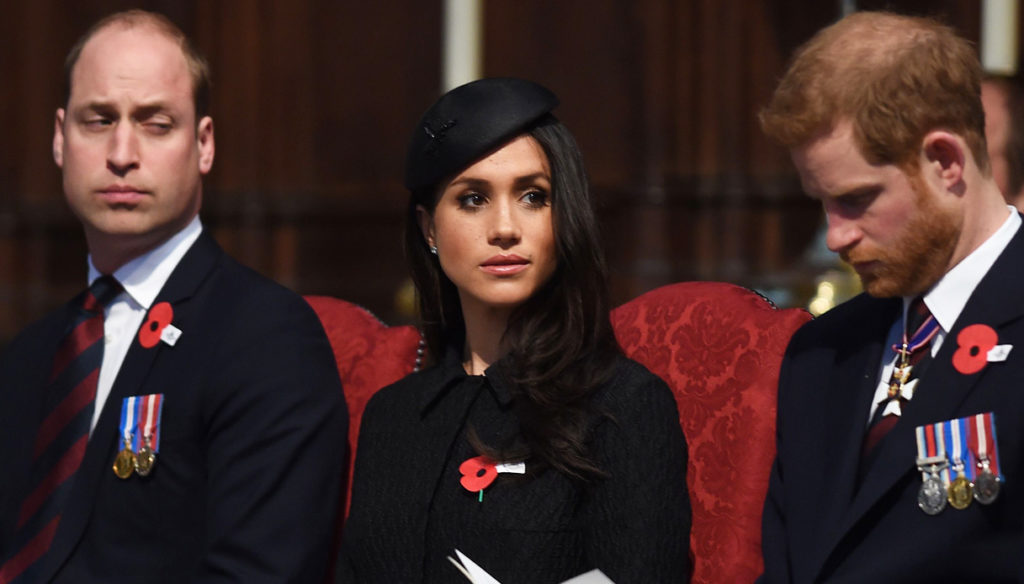 William would have blamed Harry and Meghan Markle for theirs. He would never allow his brother to endanger the monarchy

There is no end to the feud between William, Harry and Meghan Markle. The Duke of Cambridge in fact would have disapproved of the behavior of his brother and sister-in-law, especially after the birth of little Archie.

This is revealed by Robert Lacey, author of a new book-scandal that would highlight the real reasons for the conflict, which at this point appears to be irremediable, between William and Harry. According to Lacey, the future King of England could only condemn the way in which the Sussexes were acting and this in the name of the Monarchy against which he had and has the obligation to protect from any destabilizing element. And the attitude of Harry and Meghan immediately appeared dangerous for the keeping of the Court.

According to Lacey, tensions between William and Harry sprang from their engagement to Meghan Markle. The Duke of Cambridge did not approve of his brother's marriage to an American actress he knew very little. After the wedding, however, the real problems began. In fact, while for William and Kate Middleton the road had already been traced within the Monarchy, the Sussexes had to find their role in the Royal Family, but certainly subordinate to the Cambridge. Harry in fact has always lived in the shadow of his brother and then also of Kate, a role that Meghan immediately refused to play.

Lady Markle at Court did not intend to make an appearance, she wanted to be the protagonist. But protocols, strict hierarchies and titles prevented it. His was a fight against the windmills and a battle that was already lost before starting it. Her desire for change and above all her desire to emerge soon made her unpopular at the Palazzo. And the fury of the media did the rest. The Sussex intolerance to court rules, the desire to distinguish themselves and change the "old" Monarchy has opened irreparable fractures. At that point William could no longer stand and watch.

Robert Lacey explains in his book, Battle of Brothers: William, Harry and the Inside Story of a Family in Tumult, that the Duke of Cambridge was educated from an early age to protect the Monarchy and therefore did not hesitate to take Harry and Meghan back. . William was not prepared to make exceptions even for his brother. The author compares Carlo's eldest son to a bouncer who does everything to protect his "royal club". "The Prince was unwilling to allow anyone – and certainly not his brother and his celebrated American wife – to threaten the precious inheritance his grandmother gave him," Lacey writes in her book.

The author then cites a 2011 interview with William in which he explains his role within the Monarchy and speaking of Elizabeth: "She is not interested in celebrity. This is not what the Monarchy is about. It is a question of doing one's duty, as the Queen would say ”.