Meghan Markle as Melania Trump: submissive to her husband Harry 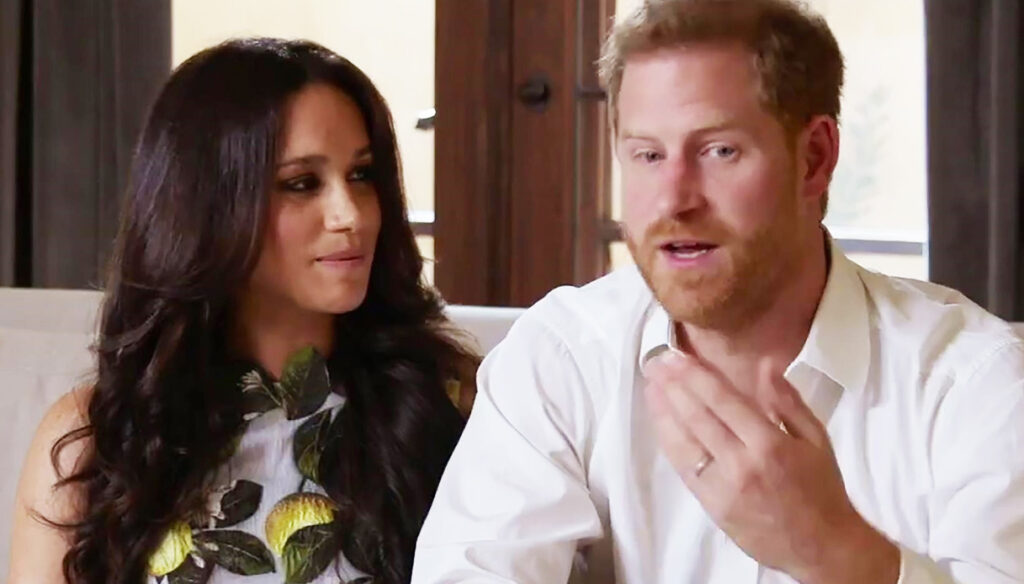 On video Harry seems "dominant" and "much more refined and American" than the "demure" Meghan Markle who took on "a softer role" in their first public appearance after the final separation from the Crown and the announcement of the second pregnancy. This is what body language expert Judi James comments on the last virtual appearance of the Sussexes.

But there is more. Meghan and Harry are then back in public with a very short video to present their Archewell Audio podcast at a Spotify streaming event. Pregnant Lady Markle enchanted everyone with a 3 thousand euro Oscar de la Renta dress, abandoning the shabby image of recent months, to take on the role of the Duchess with a very designer and refined look, as she had accustomed us during her first pregnancy.

However, Harry's attitude was astonishing, he appeared dark in the face, perhaps worried about the health conditions of his grandfather Philip, perhaps thoughtful for having renounced his much loved noble titles. The fact is that the expert in body language has read much more into the behavior and gestures of the Prince, coming to compare him to the style of Trump from which the Sussexes – especially Meghan – have distanced themselves on several occasions.

According to James, Harry, in a white shirt and dark trousers, has taken an American attitude "with sweeping hand gestures that express energy and vigor", almost "Trump-like", the expert emphasizes. According to a scheme tested by the Tycoon, James continues, Meghan appeared submissive to her husband, who is no longer the protagonist of the scene, despite the stratospheric dress, exactly like Melania Trump. "Efforts are aimed at making Harry look like the dominant alpha male as Meghan sits modestly next to her husband, staring at him with admiration."

James continues in her analysis: "There is almost a change in style, with Meghan adopting a much more regal, British-style pose, with her hands folded in her lap as she sits next to her husband." Even in the look we can see a clear inspiration from the Royal Family, with the long hair that modestly covers her shoulders and the light manicure, imported from Queen Elizabeth.

Continuing, the expert pointed out that in the first video appearances of the Sussexes usually the protagonist was Meghan who tended to crush her husband to the bottom, always relegated to the background. In conclusion, Judi James recognizes in Harry's new way of behaving the style of Donald Trump who until a couple of months ago was "the main opponent" of Markle who was rumored to be ready to run for the next presidential elections.