Meghan Markle goes on TV: she dares with leather pants and recycles the shirt 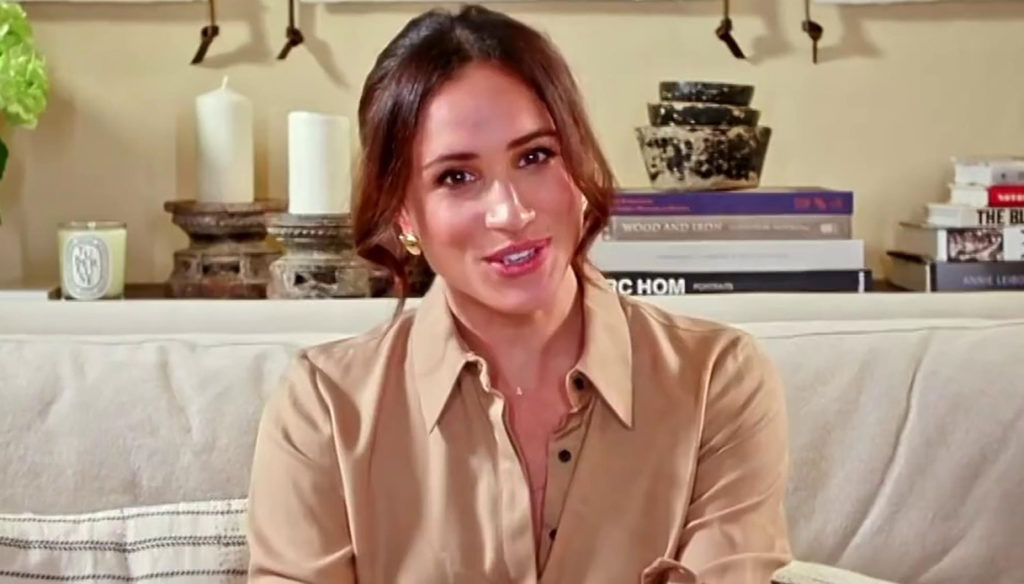 Meghan Markle surprises everyone and intervenes in "America's Got Talent" showing off a gritty look. But with the recycled shirt 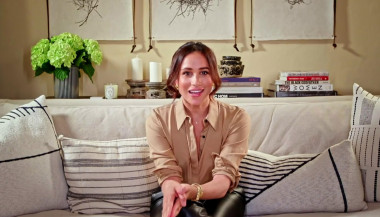 Meghan Markle: the look at America's Got Talent

Meghan Markle returns to television and surprises everyone by intervening in the final episode of America's Got Talent, obviously through a video link. Of course, the presence of the Duchess of Sussex on the show left everyone speechless, no one really expected it.

So immediately after the video message for Time 100 that caused a scandal, Meghan returned to television, thus starting her career on the small screen, also considering the millionaire agreement with Netflix.

Lady Markle hooked up on video from her beautiful home (SEE PHOTOS) to send a message to Archie Williams, a singer unjustly jailed for 36 years. His story greatly impressed Harry's wife who wanted to speak directly with him, even if her speech was not enough to make him win this edition of America's Got Talent.

Meghan turned to the singer like this: "Hi Archie, I just wanted to let you know that your story has moved us a lot and we have supported you for all these weeks". Markle then joked that her cheering for him doesn't come from the name, Archie, the same as her 16-month-old son. And then he reiterated that the video link is to send him a very special message and just for him: “Archie, we are proud of you and we are cheering for you. We can't wait to see what you will do ". Williams, at these words, smiled incredulously.

Meghan Markle appeared in the video beaming, a very different attitude than she assumed in the clip for Time 100, where she seemed rather drawn and attentive when she said her husband Harry. However, the two videos have one thing in common: Lady Markle wears the same shirt in both cases, even if in a different color.

This is a shirt made by her friend Victoria Beckham which costs around 626 euros. Harry's wife, for the intervention on America's Got Talent, chose the light version that she paired with gritty black leather pants. Finally, a choice of character. In fact, since she moved to Los Angeles she has always sported modest looks, except for the denim suit. While in the video for Time 100, where he launched a political message, causing a real fuss that forced Trump to reply, he opted for a dark brown.

However, many have noticed that Meghan has twice chosen an English brand to appear on American TV. Will he perhaps want to reaffirm his link with the Royal Family? The fact is that the Palace did not want to comment on his political message, also dismissing Harry in reiterating that what he said was only his personal opinion no longer working for the British Monarchy.

Giovanna Pirri
4191 posts
Previous Post
Belen Rodriguez, Andrea Iannone returns to talk about their love: "Vera until the end"
Next Post
Lorella Cuccarini replies to Zorzi: “Never discriminated against gays. But I don't wink at him "