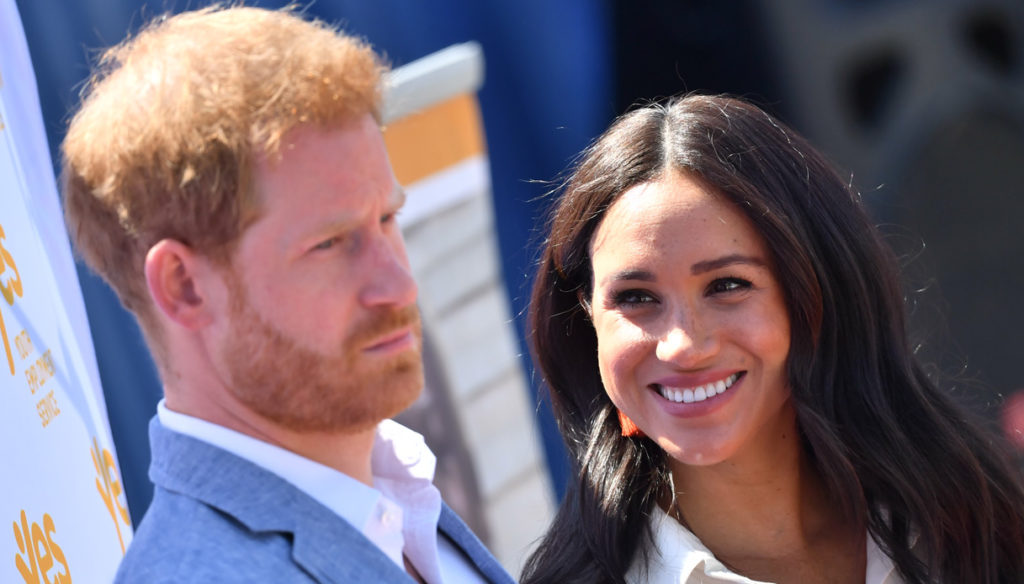 "Harry is terrified of Meghan's character", for this he neglects the Queen and when he speaks in public he fears being scolded by his wife

The strong and authoritarian character of Meghan Markle "terrifies" Harry, this is what the royal biographer Angela Levin claims, who speaking on TalkRadio would have criticized the Prince's behavior towards the Royal Family, but placing the blame on Meg.

According to the expert, Harry neglects Queen Elizabeth, Charles, William and Kate Middleton, because he would be scared of Meghan's character to the point of yielding to her will. This would have led to moments of embarrassment, such as the famous video for Time in which the Sussexes launched a precise political message before the US elections. At that juncture, many noticed how visibly uneasy Harry was.

Angela Levin said she was amazed at how Harry is behaving towards his grandmother, Queen Elizabeth, the only one who has continued to openly offer him his hand and offer him solutions to fully rejoin the Monarchy.

"He was such a great man", continues the expert. "Now he just looks terrified and scared every time he talks, like he's afraid of being scolded by Meghan." And this would be just a hint that something in Lady Markle and Harry's relationship is cracking, even though rumors of an impending divorce have alternated with those of a second pregnancy for months. Of course, the couple experienced a real drama with the loss of their second baby due to a miscarriage last July, a deep pain that they shared and that united them even more, as Meghan said.

On the other hand, experts in real affairs and sources close to the Sussex, as reported by New Idea, insist that the two have not yet found their balance. Despite the economic successes, Harry would struggle to latch on to the new Hollywood life and this would make Meghan impatient who would blame her husband for preferring the "home life" rather than getting busy to make the business profitable.

It seems that the situation that has arisen is similar to that of a cat biting its own tail: the Prince in fact would prefer to stay quiet at home, because he fears being scolded every time he opens his mouth. Certainly, when he is making public speeches, he appears much more at ease than when he is in the company of his wife. And above all he returns to being the Prince, addressing topics that have always been close to his heart.

Perhaps it is no coincidence that in his last solo appearance, Harry spoke about the mental and physical health of the military, praising the British Army for introducing mandatory mental health training. The son of Charles and Diana has suffered a lot for being forced with the Megxit to give up his military posts. For this reason, even though he was ousted by His Majesty's troops, he wants to make his comrades feel close to him.

He even organized a private ceremony in Los Angeles with Meghan for Remebrance Day when Buckingham Palace refused to lay the crown in her name in the cenotaph in remembrance of the dead soldiers.

Giovanna Pirri
5949 posts
Previous Post
George Clooney ends up in hospital: lost weight too quickly and amazes with Amal
Next Post
Dayane Mello, the truth about Balotelli: "Several meetings, the last one 5 months ago"