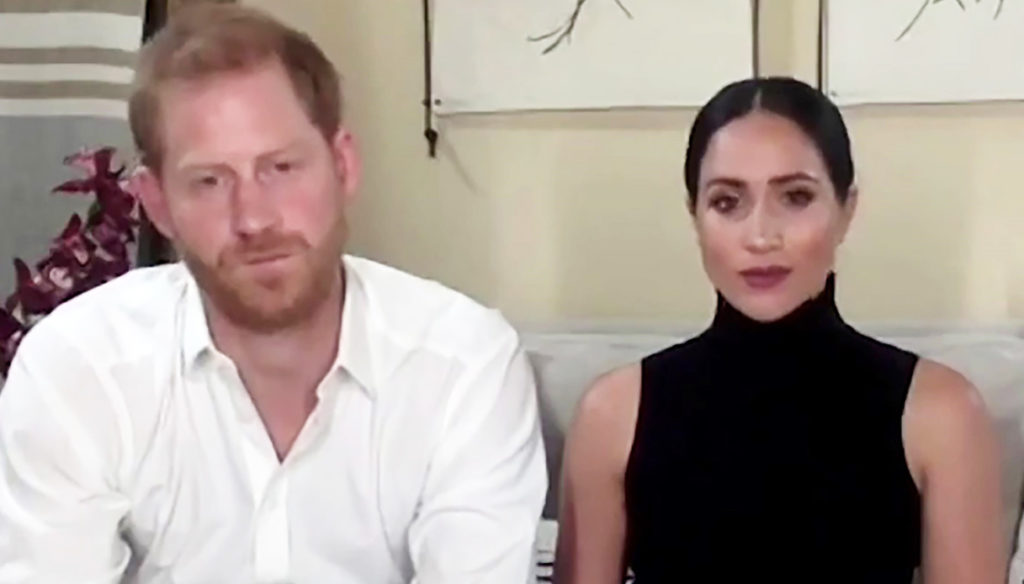 Meghan Markle shows herself in public twice in two days: she defines herself as the most targeted person in 2019 and creates embarrassment with the t-shirt with a political meaning

Meghan Markle appeared twice in public two days apart and once again managed to create embarrassment at the Palazzo. At his side, there is always Harry who has now left the Royal Family and his previous life behind. But let's proceed in order.

On 11 October, to celebrate International Children's Day, Harry and Meghan intervened from their splendid villa in Montecito, in a telephone conversation with activist Malala Yousafzai. Lady Markle appeared on video with an extremely chic look. With her hair pulled back into the famous messy bun, Meg wore a black, sleeveless, mock-necked Tuxe bodysuit, which she paired with a pair of soft white pants.

Harry's wife spoke about her time in solitary confinement, saying she had a wonderful time with the family. In fact, they were able to witness together with her husband the first steps of little Archie. “We are lucky to have this time to see him grow. Without Covid, we would have traveled and worked more and would have missed many of these moments ". Harry continued: "These are really special moments, but we've worked very, very hard." Both then, turning to Malala who has graduated in the meantime, thanked her for agreeing to speak with them. Although the topic of the conversation was about the importance of education, Lady Markle managed once again to put herself in the spotlight and be the protagonist of the video with the story of her private life. Moreover, she was surprised with her husband in one of the rare evening outings, while celebrating the arrival of the first child of a couple of their friends.

But to create greater scandal and embarrassment at the Palace is the intervention that the Sussexes made on 10 October on the occasion of the Mental Health Day. Meghan takes the opportunity to complain and claim that she was the most targeted person of 2019 on social media. She and Harry debuted in their first podcast, posted on the Teenager Teraphy Twitter profile, where 5 teens share their negative experiences. Lady Markle, chatting with them, said she understood them perfectly because she was the most "trolled" person on the Internet of 2019 and was also on maternity leave.

At the meeting with the teenagers, which took place in the Montecito mansion, Meg wore a t-shirt with the words R.B.G. from around 18 euros, a pair of jeans, black pumps, a striped shirt and a mask with the words “When there are nine”, when there are nine. Although Markle did not utter any political phrases this time, she managed to pass a clear message with her clothing, contravening the fundamental rule of Windsor neutrality in politics, as happened a short time ago. In fact, R.B.G. points out the Supreme Court Justice, Ruth Bader Ginsburg, who passed away last September, a well-known feminist and nominated by Bill Clinton. While the writing on the mask refers to Ginsburg's statement on gender disparity within the American Supreme Court.

The reference to Judge Ginsburg is still a clear message against President Trump and as Canadian court expert Patricia Treble noted, Meghan again opposed Queen Elizabeth, creating quite a few headaches at the Palace. 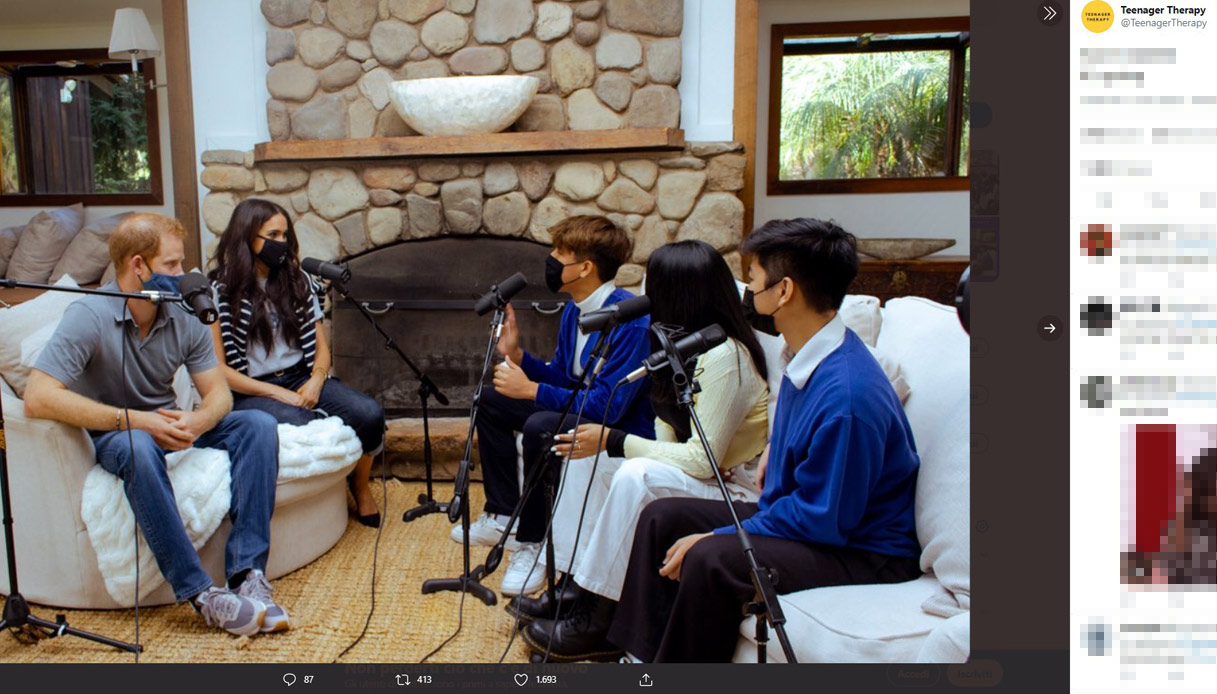 Giovanna Pirri
4198 posts
Previous Post
Clizia Incorvaia and Paolo Ciavarro return to Barbara D’Urso and she forgives them
Next Post
GF Vip, Massimiliano Morra on Adua Del Vesco: "I liked it so much"