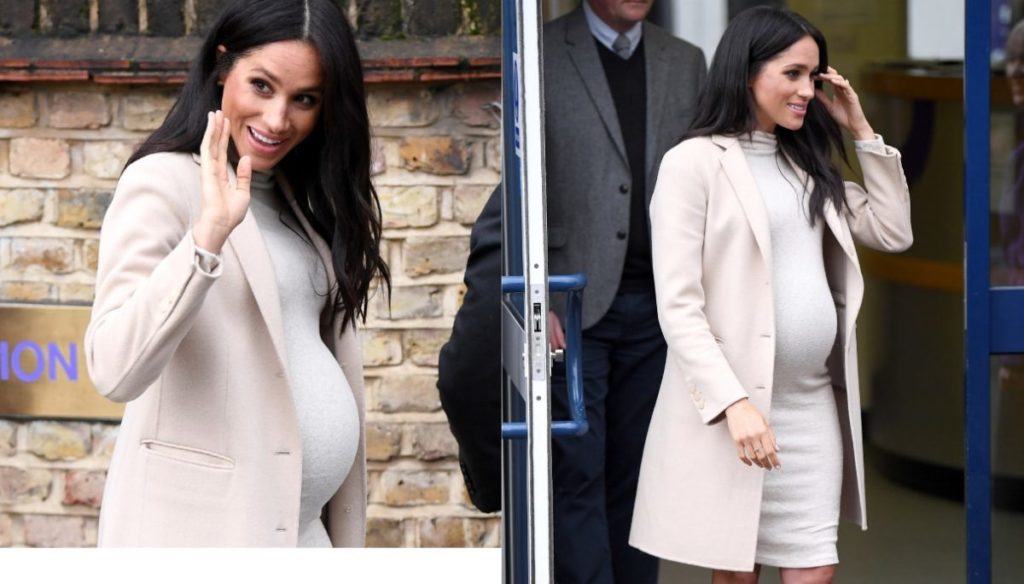 Meghan Markle has decided to give a lesson to all her detractors who have accused her of being a spendthrift for weeks now.

At the end of the year, a study showed that Harry's wife spent 445,000 pounds on her wardrobe. Seven times more than his sister-in-law Kate Middleton, who instead was much more moderate, following the advice of Queen Elizabeth to recycle her clothes.

Now that she has entered the sixth month of pregnancy, the Duchess of Sussex has decided, perhaps, to start spending a little less. Thus, a super-low-cost light beige H&M maternity dress appeared in her wardrobe. Thanks to her love for animals recently Meghan was named godmother of The Mayhew Animal Home in London, a center that takes care of abandoned animals.

Markle visited the facility, wearing a H&M maternity dress for 29.99 euros. The look has been around the world and has been a great success, but according to the tabloids it would be part of a strategy of the duchess to gain support again.

In the last period in fact the actress was targeted by the British press. Nicknamed Hurricane Meghan, she has been described as a determined, capricious and spendthrift woman, ready to become a star in the fashion firmament by exploiting the millions of her husband Harry.

Apparently, however, the Markle has every intention of contradicting its detractors. The last-minute news is that the Duchess of Sussex has renounced the Cotswolds country house. The reason? The manor, rented from a billionaire and renovated, would cost too much. Meghan and Harry love this farmhouse in the English countryside and have spent most weekends there since they got married.

Despite this they will never be able to return. The reason? The Cotswolds restructuring costs 3 million pounds, too, according to the Dukes of Sussex, who gave up their residency to send an important signal to the tax payers, who were increasingly bothered by the duchess's crazy expenses.