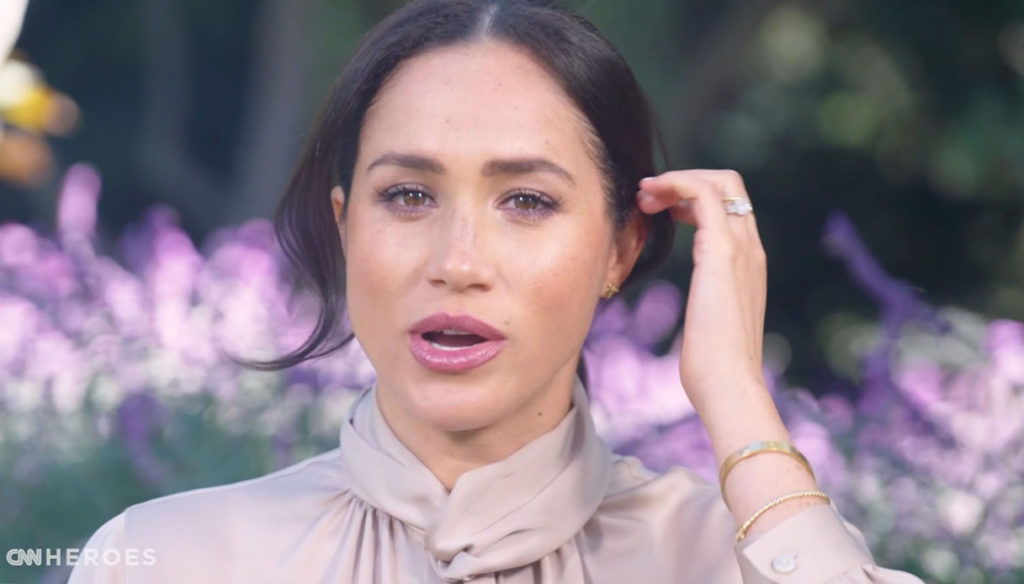 Meghan Markle in video without Harry, enchants on TV with the bon ton look copied once again to Kate Middleton

Meghan Markle appears on CNN by surprise to pay tribute to the silent heroes of the pandemic. For the formal event, Harry's wife is wearing Duchess dresses again and sporting a look that seems to have been taken from Kate Middleton's wardrobe. The much-despised and disputed sister-in-law remains a model when it comes to institutional appearances.

Meghan launches her message in support of those who fought to fight Covid with a recorded video where she appears alone. Harry is not by his side, but recently the two have been working separately, perhaps because the Prince feels uncomfortable around his wife, as experts on real matters have analyzed.

However, Lady Markle wanted to speak to praise workers and volunteers in what is her first public intervention, after revealing in an article she wrote that she suffered a miscarriage last July.

Meghan speaks sitting on a bench, presumably from the garden of her super luxury villa in Montecito. "We have seen communities stand up and react" by providing food to people in need and children. And he added: "We have seen the power of the human spirit by remembering that there is hope".

In the speech, Harry's wife did not give space to his personal events but recalled how 2020 was a busy year for everyone, before praising the commitment of those who helped those most in need during this pandemic.

Meghan appeared in this very institutional video with a truly chic outfit that was enchanting. Meg finally collects her long hair in a low and soft ponytail, leaving the free tufts of hair that frame her face, the pink make-up and the lip gloss illuminate her face and give her a bon ton look, perfectly coordinated with the shirt. powder-colored silk with a bow at the neck tied like a tie that is dangerously reminiscent of the famous cyclamen shirt, signed by Gucci, which Kate Middleton recently wore in a video appearance. Garment that the Duchess of Cambridge insists on wearing backwards, in the same way as Melania Trump.

So Meghan is inspired by Kate and it's not the first time when it comes to composing Duchess looks, but the shirt with the bow is not their invention. In fact, well before the two sisters-in-law arrived at the Court, Lady Diana made it a style trend.

In any case, it is undeniable that Lady Markle has removed the modest and low profile clothes, often worn in American events, to show off a refined outfit that she completes with Catherine Zoraida's earrings and the Cartier bracelet.

But that is not all. Along the same lines as Lady Middleton, who wanted to make her closeness felt to the volunteers and doctors who dealt with the pandemic, Meghan did not want to be outdone, underlining the commitment of the people who helped those in difficulty by distributing food . Activity that saw her directly involved with her husband Harry. 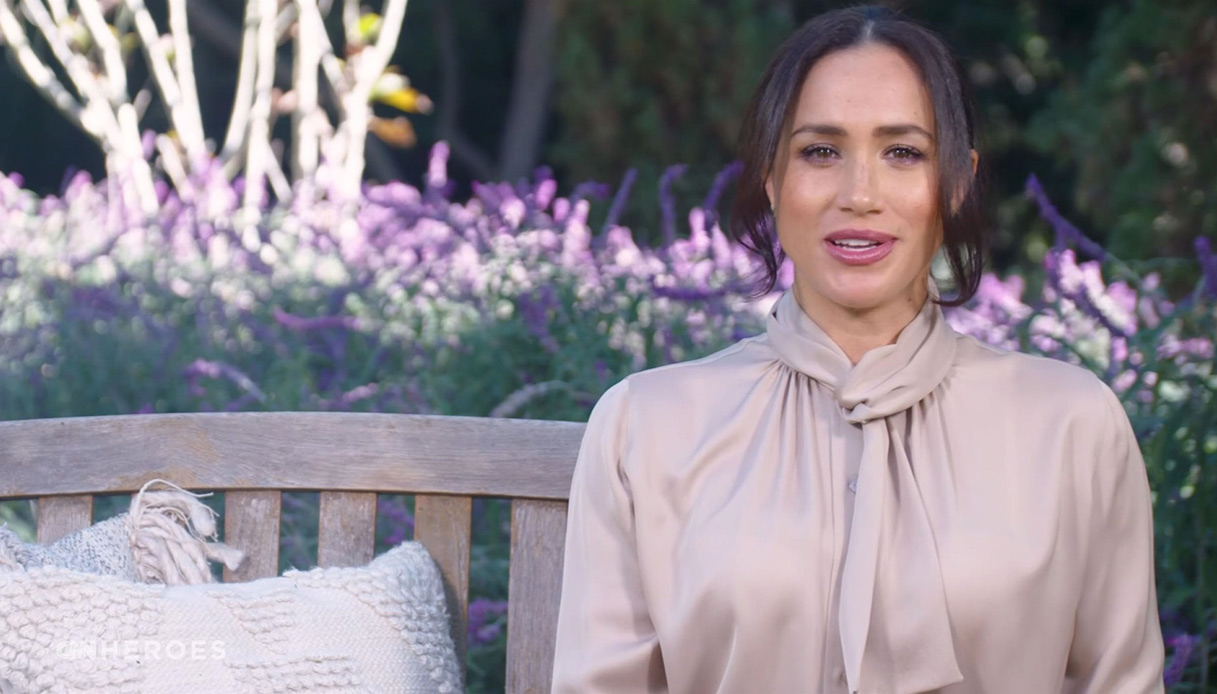