Meghan Markle on the beach in Sydney challenges the Queen. And Harry is anxious 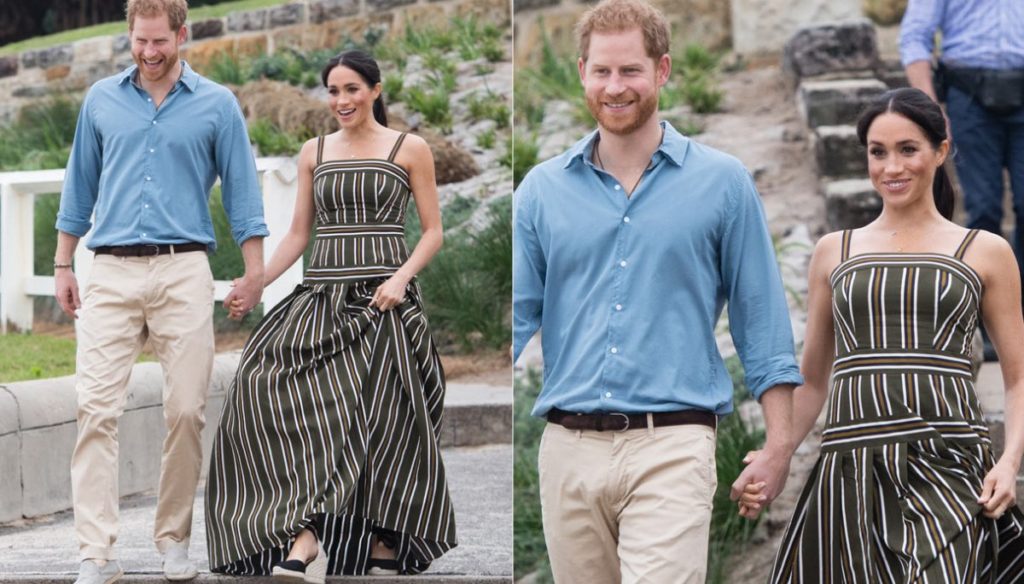 Meghan Markle conquers Sydney with a maxi striped dress and wedges hated by the Sovereign. While Harry is apprehensive about his wife's pregnancy 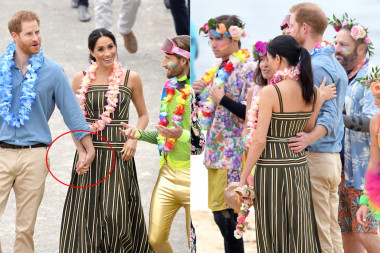 Meghan Markle and Harry returned to Sydney after visiting Melbourne. On the fourth day of their trip to Australia they took part in an anti-negativity circle with a group of surfers on Bondi Beach.

The Duchess of Sussex was splendid with the striped maxi dress, with an ethnic cut, by Martin Grant of 1,000 euros (a brand that Meghan has already worn these days). For the first time since she was married to the Prince, she dared to openly challenge the Queen by contravening one of her strictest style rules. She wore rope wedges, shoes that Elisabetta hates. In the past, the Sovereign repeatedly reproached Kate Middleton for those shoes. And now Meghan has also been infected by the sister-in-law craze for wedges.

During the ritual circle with surfers, Harry was praised for his battle in defense of mental health. While pregnant Lady Markle talked freely about the pregnancy, confessing that sweet waiting has the effect of "jet lag". In fact, in these busy days she appeared rather tired.

According to body language experts, Harry would be anxious about his wife. A feeling of apprehension that manifests precisely in his gestures and in the way he behaves with her. The Prince has become increasingly protective. While they were going to the beach, the Duke frowned, keeping his eyes down and his lips forward. At the same time she made sure that Meghan was quiet, in fact she held her hand and proceeded slightly ahead of her, as if to protect her. All signs that would indicate a state of apprehension. Among the other Lady Markle just at that moment she stroked the tummy that grows more and more every day. The conclusion reached by the experts is that the pregnancy proceeds well, but the Dukes are very careful that everything goes well and is neglected.

Harry and Meghan during the meeting with the surfers proved to be more in love than ever: sweet looks, caresses, and small hugs. The two even allowed themselves to take off their shoes to walk on the beach.

The Dukes then reached the girls' school near the beach. For the visit, Meghan has changed clothes and wore a blue high-waisted dress with a wide and sleeveless skirt, signed Roksanda. A very chic outfit that she combined with her Stuart Weitzman pumps. The theme of the meeting was equality. Lady Markle talked about her education and the first work experiences that made her the person she is.

The harnessed couple climbed to the famous Harbor Bridge, but only Harry climbed. While Meghan was granted an afternoon of freedom.