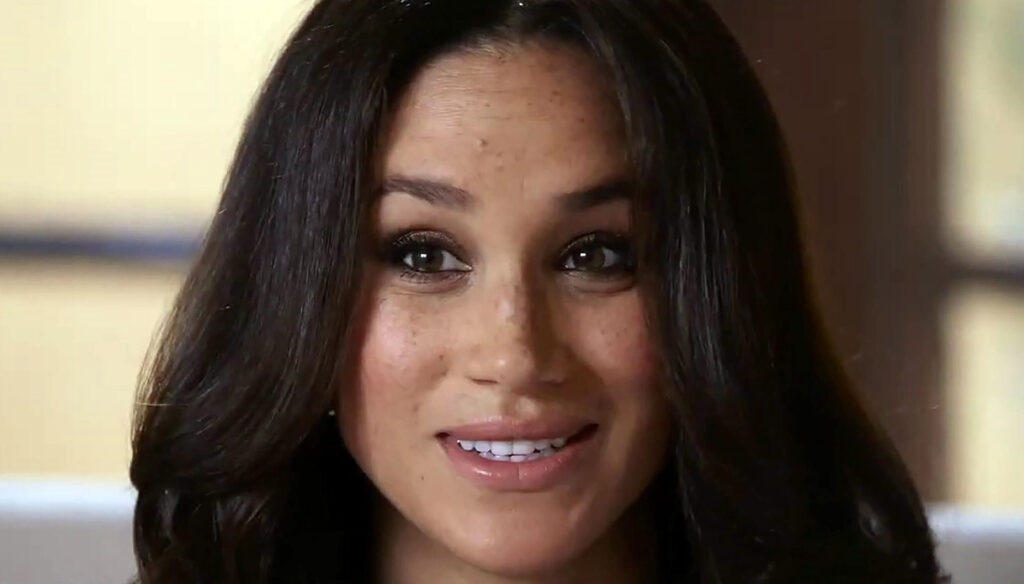 Meghan Markle is back in public after the announcement of her pregnancy and the definitive divorce from the British Crown and presents herself in front of the camera with a stratospheric Oscar de la Renta dress worth 2,645 pounds, that is to say, to be precise, from 3,065 euros.

Meghan appears in top shape, radiant more than ever and super designer. For the second pregnancy she chose to give herself a more refined image than in the last video appearances where at times she even seemed neglected. Thus, she went back to dressing the big names in fashion, first Carolina Herrera for the dress in which she announced to the world that she was pregnant for the second time, then she surpassed herself with Oscar de la Renta's sleeveless shirt.

In short, she does not want to wrong the second baby on the way and as for Archie's sweet expectation, when she wore Givenchy and Dior, she decided to go back to glamorous looks. For the maternity wardrobe of the first pregnancy, I spent about half a million pounds, plus the cost of the jewelry. Of course, then it was the Duchess of Sussex acting on behalf of Her Majesty, Queen Elizabeth, while today she is a career woman who has already signed two millionaire contracts with Netflix and Spotify, so she can't be outdone and above all she doesn't want to be less than the old Meg under Buckingham Palace. Now she must prove to the world that choosing to say goodbye to the comforts of the Royal Family will bring her not only freedom and independence, but also a billionaire bank account.

Waiting, therefore, to see her in the truth-interview with Oprah Winfrey who is creating a lot of tension with the Palazzo, Lady Markle debuts with the maternity dress of 3 thousand euros. It is a splendid silk blend dress, ice-colored, with yellow lemons, leaves and white flowers, trapeze skirt, strategic for the shapes that begin to round due to pregnancy, wavy, finally Meg can show her shoulders without contravening the protocol of Court and therefore without being critical. The decidedly spring look belongs to the Resort 2021 collection by Oscar de la Renta, and in the long version it costs about 13 thousand euros, but Harry's wife is satisfied with the midi version.

You can buy the low cost version of Meghan Markle's dress on Amazon by clicking here.

It is not the first time that Lady Markle chooses this brand. Just during her first pregnancy she enchanted the world while touring New Zealand and Australia in a white tulle dress decorated with stylized black birds.

Meghan, in great shape, attended Stream on, an event for Spotify from her super luxury villa in Montecito. Sitting next to him, on the light-colored sofa, is Harry in a white shirt and blue trousers, much less serene than his wife, indeed almost gloomy.

Perhaps totally giving up his past life is a huge sacrifice for the Prince, Harry cared a lot about his military titles and sport-related patronages. Of course, the change is not easy and to make everything more complicated is also the health of his grandfather Filippo, who has been hospitalized for days now, even if William's latest statements are reassuring. The fact is that in addition to saying goodbye to his existence as he lived it up to a year ago, Harry is very far from his family of origin. 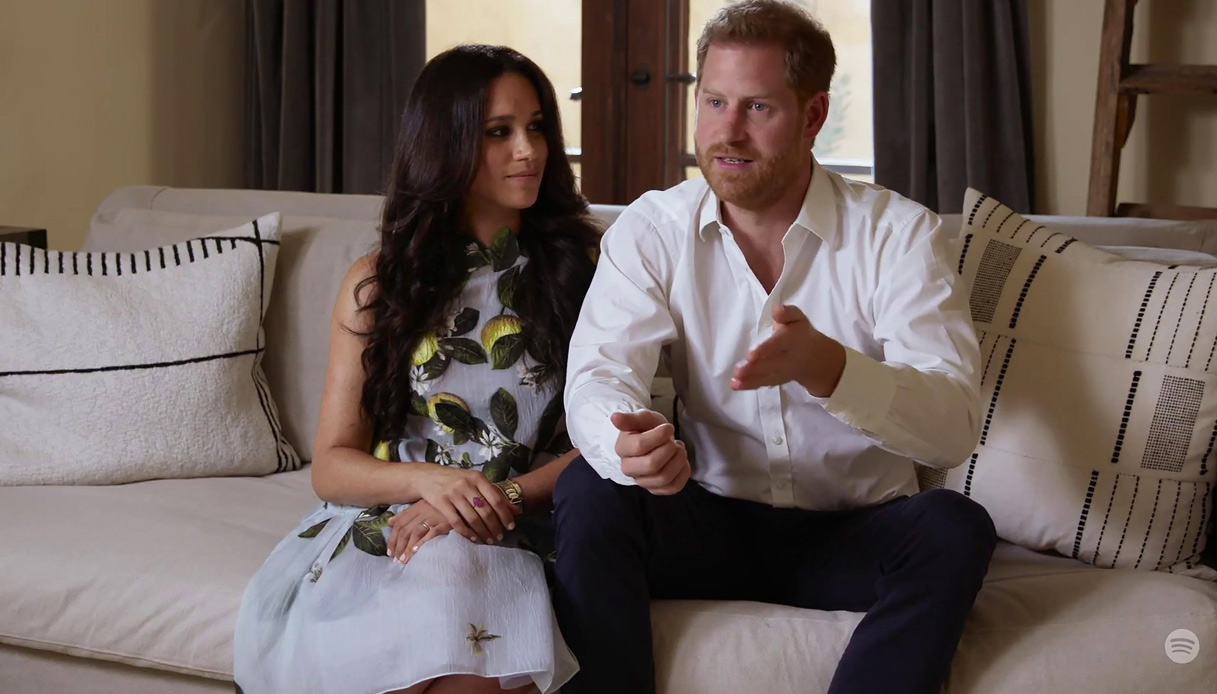 Giovanna Pirri
4638 posts
Previous Post
GF Vip 2021, the report cards of the episode of February 22, 2021
Next Post
Because Vittoria Ceretti is famous