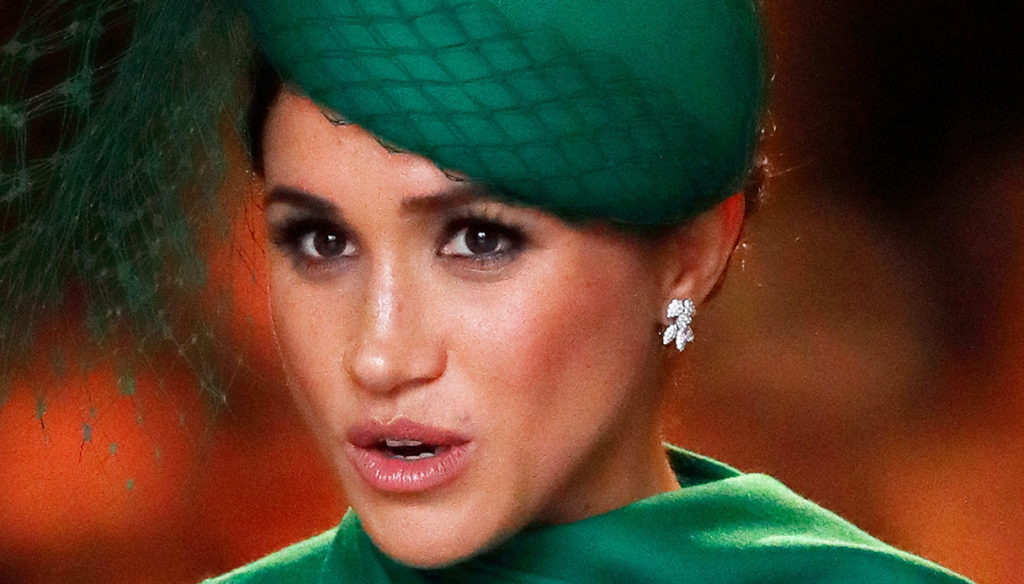 Meghan Markle embarrassed Harry by announcing her pregnancy at Eugenia of York's wedding. In a book new burning revelations

Meghan Markle announced the pregnancy to the Royal Family during Eugenia of York's wedding in October 2018, regardless of any protocol. His gesture embarrassed Harry, as well as infuriating Sarah Ferguson, mother of the bride.

The diplomatic incident revealed the journalists Dylan Howard and Andy Tillett, authors of the book Royals at War, which promises burning new revelations about the Royal Family and of course about Harry and Meghan. A volume therefore that does the same with the Sussex biography, due out in August, thanks to which Markle hopes to free herself from the fracture with the Monarchy.

However, Howard and Tillett argue that the announcement of the sweet wait, given point-blank and in a very wrong context, put many people in a bad mood at Eugenia's wedding banquet. The authors of the volume point out that Lady Markle's pregnancy was the subject of heated discussions by the Court, because it meant "that she was ensuring her connection with the Royal Family was irrevocable and this gave her even more power".

Meghan became pregnant three months after the wedding with Harry. The official communication took place on October 15, but she anticipated the time for her husband's cousin's wedding, creating not a little unease in the Prince, if not embarrassment, as we read in the book. "Meghan acted when she thought the time had come to reveal the pregnancy to the Royal Family."

"The announcement was a huge gaffe. Even if you are not a nobleman, it is not correct to steal the show from the bride on her wedding day. Eugenia and Sarah Ferguson were furious. " The Palazzo tried to allay the controversy by publishing a note saying that the senior members of the Royal Family were happy with the sweet news.

But the controversy within the Court continued throughout the 9 months of pregnancy, especially for the looks Meghan wore (see the video above on Meg's maternity looks). Journalists report rumors about how Lady Markle appeared in public with her baby bump. "In the early days of pregnancy Meghan was severely reprimanded for this."

Giovanna Pirri
4617 posts
Previous Post
Mara Venier risks a fine for the gesture with Romina Power: it is controversy
Next Post
Diet with fish: lose weight and protect the heart