Melania Trump, divine coat for the last Christmas tree. But the party is stormy 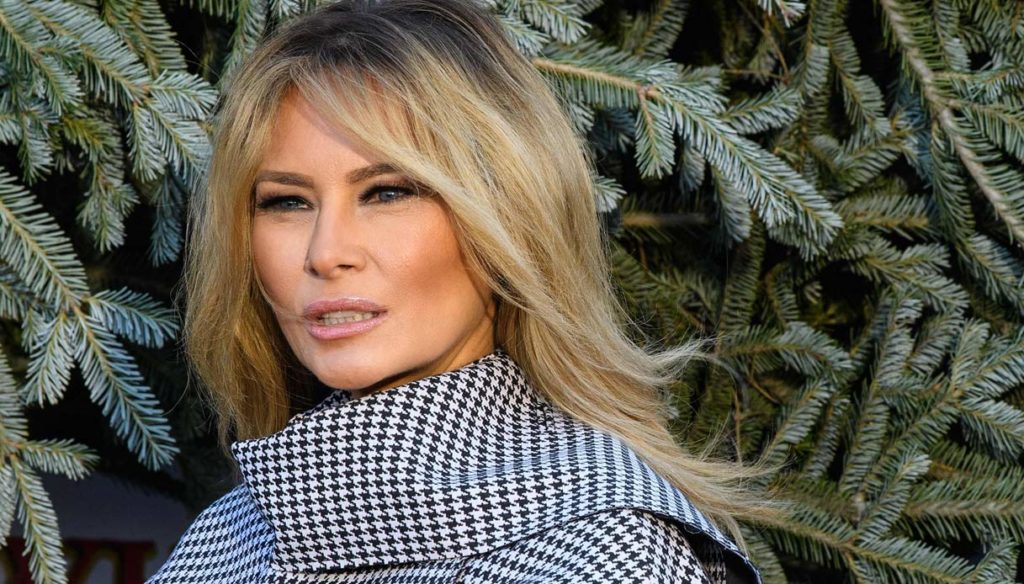 Melania Trump on the arm of a soldier smiles without Donald. The coat is divine but she ends up in the blizzard for the party at the White House 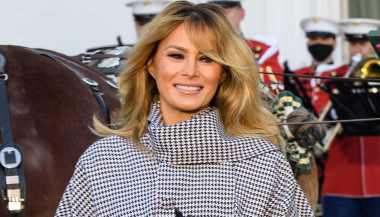 Melania Trump smiles like never before in the past four years as she receives the Christmas tree in the White House. Perhaps because this time is the last time. And for this he does not betray expectations, wearing perhaps the most beautiful coat ever.

The fir, over 5 meters high and coming from West Virginia, arrives as tradition dictates on a cart pulled by two horses. Melania goes through the door of the White House on the arm of a soldier. Her husband Donald has decided not to show up this year, perhaps because, despite finally allowing Joe Biden to transition, he still does not recognize that he was defeated in the election.

Lady Trump does not regret being left alone by her husband on this occasion, she can always rely, as she has done before, on the solid arm of a soldier. And so he goes down the stairs smiling, one could almost say radiant. Perhaps relieved because it will be the last year she has to deal with the Christmas decorations that she seems to hate, at least according to the tape secretly recorded by her ex friend Stephanie Winston Wolkoff, or perhaps because it is the last time she will be criticized for her "artistic" choices in terms of trees and Christmas lights.

The fact is that Melania is in a splendid mood and is equally gorgeous wrapped in a warm black and white checked coat with a scarf collar, really refined. Lady Trump looks like a diva from the past. Tycoon's wife doesn't betray her Christmas dress code and wears high black stiletto heel boots and long leather gloves.

Meanwhile, the First Lady is already in the eye of the storm for organizing a Christmas party at the White House for November 30, while travel is prohibited in the rest of the country. According to the Ansa, the number of guests will be lower than usual and the use of a mask will be mandatory. Despite these precautions, the controversy is mounting. Also because in Washington there is a provision for gatherings for up to 50 people, in addition to the fact that the last party organized at the White House resulted in several infected with Covid among the President's entourage.