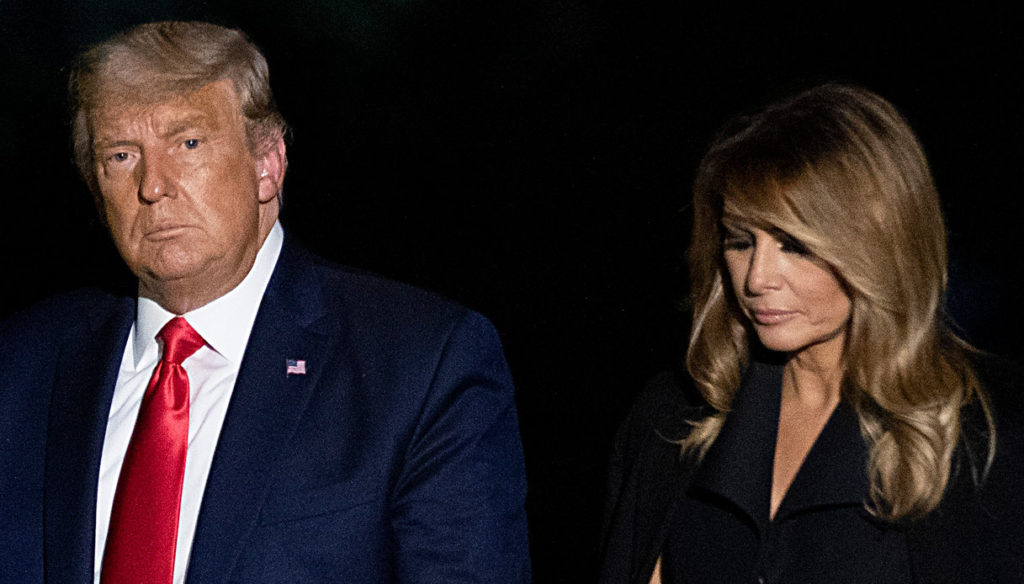 Melania Trump leaves you breathless with the black designer dress but with Donald it is total frost. And he takes his hand away again 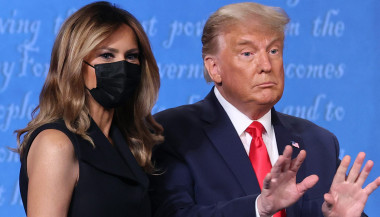 Melania Trump returns to the side of her husband Donald for the final duel with Joe Biden, after the forfeit for cough at the rally in Pennsylvania. The presence of the First Lady is considered decisive for the success of the debate and Melania does not shirk her duty by showing herself more splendid than ever. But with Donald it is total cold and as soon as he can he takes his hand away again.

Melania Trump has chosen to accompany Donald in Nashville, Tennessee, to his last debate with Biden, a very elegant black dress, signed Christian Dior. It is a sleeveless dress, long below the knee. The First Lady enhances the waist with a leather belt, while she slims the figure by wearing a pair of pumps with a red sole, the hallmark of the iconic Louboutin, the shoe-jewel brand preferred by the wife of the Tycoon.

The presidential couple get off the plane hand in hand, but the smiles are very few. Especially between husband and wife. Melania keeps her eyes down, Donald focuses on the crowd and they avoid looking at each other.

During the debate, the First Lady wears the mask for the first time, as does Ivanka Trump, her father's first supporter. There is bad blood between the two women. And if before it was only a whispered gossip, after the publication of the book-scandal Melania and Me: My Years as Confidant, Advisor and Friend to the First Lady, by Lady Trump's former friend, it is almost a certainty.

Trump's wife, however, maintains a detached attitude towards the President, in fact cold. While Jill Biden hugs her husband, Melania just stands by his side, always wearing strictly the mask. She allows him to take her by the hand in front of cameras and photographers, but when it's time to leave she almost tugs Donald to free himself from his grip.

After the coronavirus positivity, another barrier seems to have been created between Melania and Donald, also because many rumors claim that the First Lady was deeply irritated with her husband for the too familiarity with which he treated the secretary, Hope Hicks, from whom he would have been infected.

The atmosphere is therefore tense and not only because the current US President and his rival Biden have now reached a showdown, but even within the Trump family, nerves are on edge. If Melania and Donald prefer not to exchange too many glances, it is certainly no better between the First Lady and her stepdaughter. Sitting in the audience during the debate, they literally ignored each other.

Giovanna Pirri
6038 posts
Previous Post
Marta Flavi on Costanzo: “The betrayal with Maria De Filippi? Now thank you "
Next Post
Who is Carlo Gusalli Beretta, the new boyfriend of Giulia De Lellis
You must be logged in to post a comment.
Menu