Melania Trump in London dare with the slit: challenge Kate Middleton but is ignored by Meghan 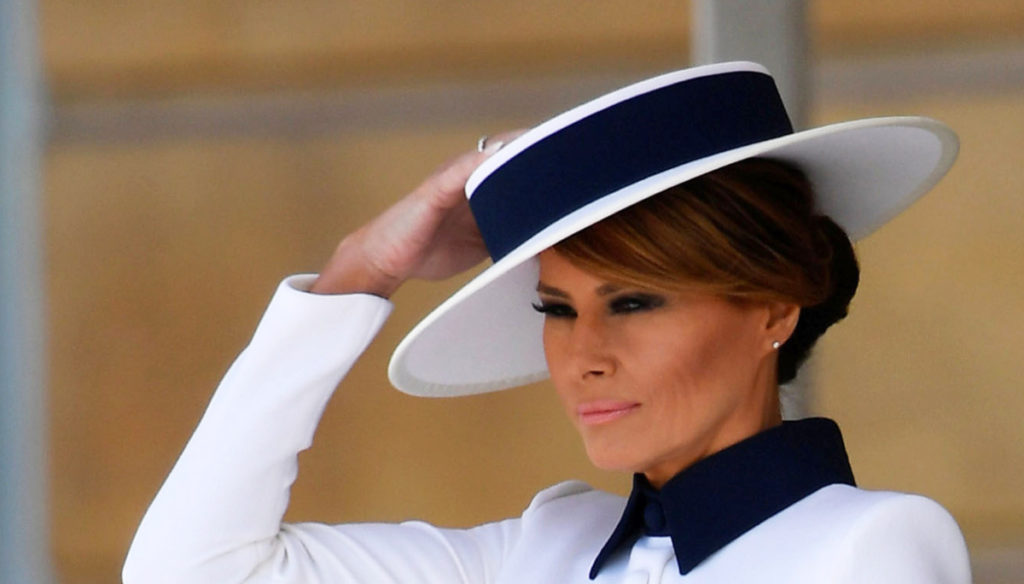 Melania Trump enchants with Burberry's military-style blouse, then changes and pays tribute to Diana. While Meghan Markle does not show up at Buckingham Palace lunch 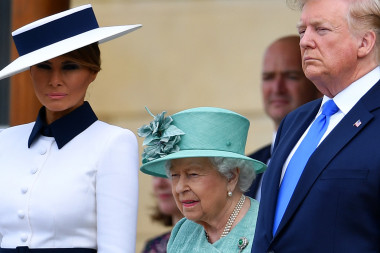 Melania and Donald Trump arrived in London on a state visit.

After paying homage to the D-Day veterans, they were welcomed to Buckingham Palace for lunch with Queen Elizabeth. Among the guests Prince Charles and Prince Harry, but not even the shadow of Meghan Markle. A planned absence, the Duchess of Sussex is on maternity leave after the birth of little Archie on May 6th. But it was expected that being an American citizen, he could break the leave to meet the President of the United States.

In fact, it has been announced for some time that this meeting will not take place. In any case, Meghan could surprise us this evening by attending the state banquet where Kate Middleton will most likely be.

Therefore, for the moment Melania Trump, fresh from the success of the Japan journey, is the undisputed protagonist of the day. The First Lady even thought of challenging the Duchess of Cambridge by wearing a military-style blouse by Burberry, a designer particularly loved by Kate, for her arrival in the British capital.

Melania combined it with a classic blue suit with a knee-length skirt that hides an important slit, showing more than what is permitted. At his feet his beloved Louboutin with a vertiginous heel and the characteristic red sole.

The daughter Ivanka Trump also arrived with the US President, who was immortalized with a white outfit while looking curiously at one of the windows of Buckingham Palace.

And speaking of white, Melania also wears a white dress with a navy blue neck and belt, signed Dolce & Gabbana, complete with a matching hat. Thus Lady Trump turns into a princess and looks like Lady Diana. Especially when walking alongside Camilla, also in total white.

Giovanna Pirri
5951 posts
Previous Post
Researchers warn: eating the placenta is a useless fashion
Next Post
What is the intestinal candida from which Jane Alexander suffers