Melania Trump, the coat for Halloween is creepy. And finally he smiles 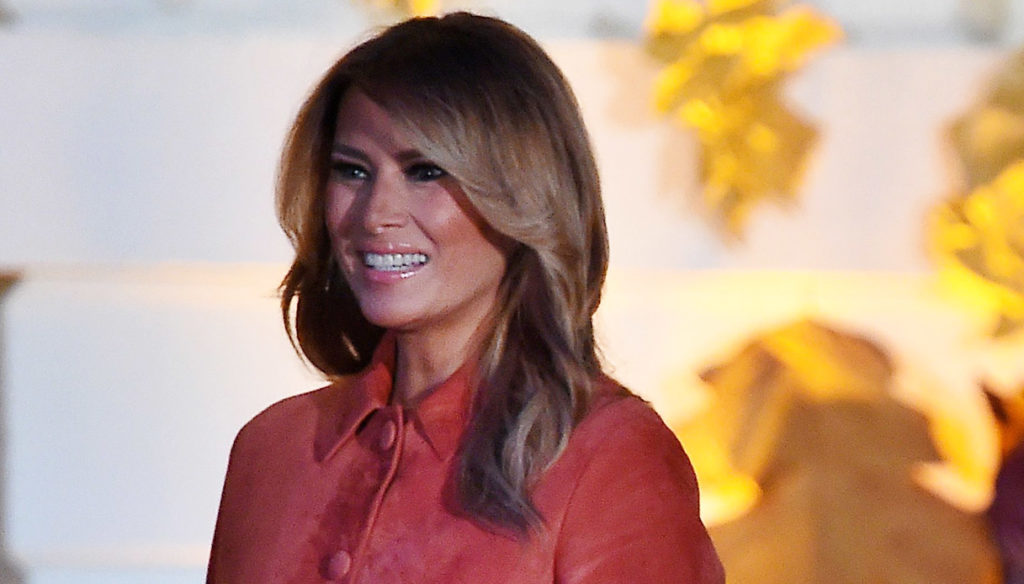 Melania Trump melts and smiles at her little guests, but is distant from Donald. While her Halloween look is a masterpiece

Melania and Donald Trump didn't give up on the Halloween party, even though it took place in a smaller format due to the pandemic. The celebrations took place in the south portico of the White House specially lit and decorated for the most terrifying night of the year. While the First Lady once again amazed with a thrilling coat, perfectly in tune with the event.

Melania and Donald were unable to distribute sweets to children invited to the White House this year for obvious safety reasons. But despite this, the Halloween party took place in a relaxed and serene atmosphere (see last year's party).

The President and the First Lady attended the parade of "terrifying" costumes without wearing a mask, but keeping a safe distance, separated from their little guests by a flowerbed. Among these disguises, two stood out for their originality and irony. In fact, a girl and a boy have chosen to transform themselves into Melania and Donald complete with a reddish toupee. A real blast. A joke much appreciated also by the presidential couple who posed amused with their mini-me, evidently very excited for the privilege of being photographed with the President and his wife.

Among other things, little Donald in a blue suit and red tie was identical to the Tycoon who chose the same outfit for the thrilling event. Little Mel instead opted for a white dress complete with a pearl necklace, while the First Lady showed off another of her fairytale coats.

Waiting to know if she will still be the tenant of the White House for four years, Lady Trump has enchanted with the perfect Halloween coat in suede, brick-colored, in the same color as pumpkins and orange leaves, from which a brown leather longuette appears, combined with the iconic Louboutin décolletées. Another point in terms of style for the wife of the Tycoon, after the splendid black dress by Dior. Her look is scary in the sense that she is gorgeous.

Among other things, Melania seems almost happy on this occasion. She doesn't skimp on smiles at the little guests who parade in front of her with the most creative costumes. Even if she maintains the usual detachment with her husband. When they walk out of the White House hand in hand, they don't even look at each other and their faces are drawn. The relaxation then takes place, when they separate and enjoy the disguises of their little guests. 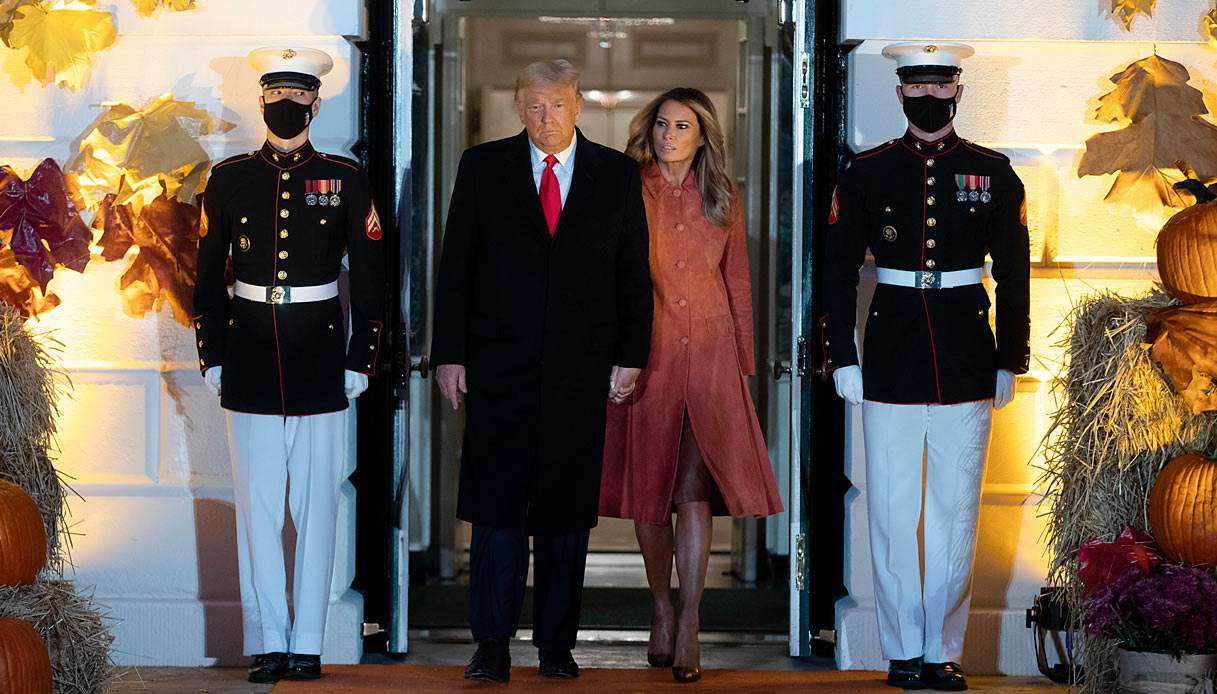 Giovanna Pirri
4320 posts
Previous Post
Detto Done, Bianca Guaccero is back on TV and talks about the confrontation with Caterina Balivo
Next Post
Diet rich in vitamin A to turn bad fat into good