Melania Trump, the farewell look is fabulous and the bag is worth $ 70,000. Ivanka cries 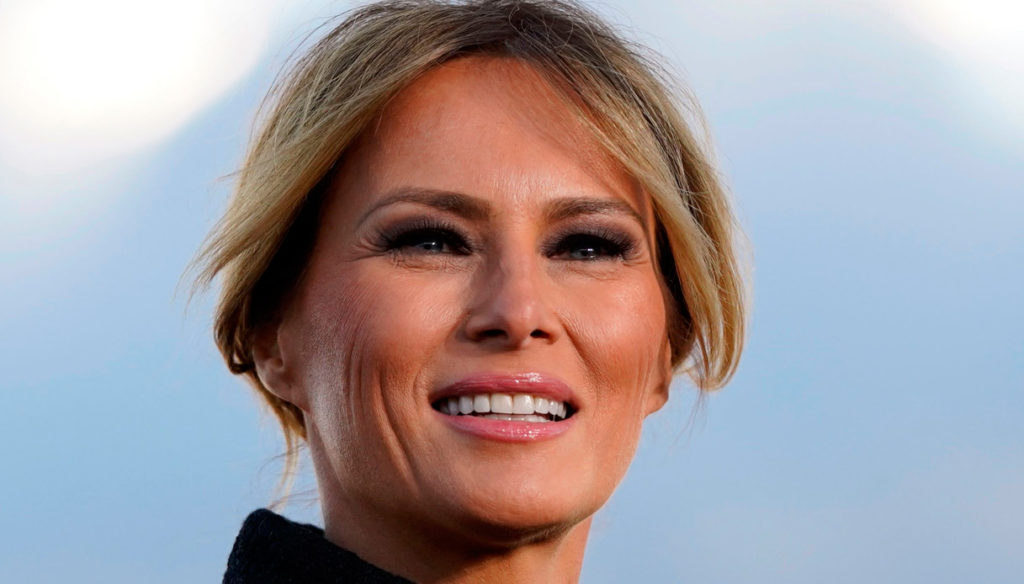 Melania Trump finally smiles and surpasses herself with the latest First Lady look. While Ivanka is moved 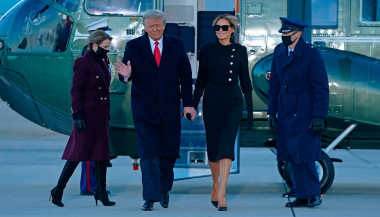 Melania Trump does not betray expectations and takes leave of the White House with a simply enchanting look, a hymn to elegance and designer labels complete with a $ 70,000 crocodile Birkin.

Donald's wife greets the United States with a total black outfit worthy of Jackie Kennedy and, after all, this was precisely her goal as the President's wife: to equal the one who is considered the unsurpassed icon of American style. Ironically, her stepdaughter and first rival Ivanka Trump chose a white, black-trimmed coat-dress that is so reminiscent of Kate Middleton's style. After all, we know that the outgoing First Daughter often takes inspiration from the Royals, like the little red dress dangerously similar to those of Letizia of Spain. But let's proceed in order.

Melania Trump, criticized by Jill Biden's daughter for not meeting her mother by breaking protocol, leaves the White House with an incredibly dark, almost mourning look, but of stratospheric sophistication. Little black dress with bolero jacket with golden buttons, her beloved Louboutin with thin and very high heels, long black gloves and maxi sunglasses, Melania made sure to leave the image of the most fashionable First Lady, wearing a series of designer pieces, including a $ 70,000 crocodile Birkin.

She and Donald Trump walked hand in hand across the White House lawn before boarding Marine One to Air Force Base Andrews. The couple appeared smiling and serene as they greet the US and despite rumors of an imminent divorce, Melania and her wife were unusually in harmony. Indeed, upon arriving at Joint Base Andrews, Trump indulged in a praise for his wife talking about her beauty, grace and popularity. While Melania again reiterated what an honor it was for her to serve the country as First Lady.

Who appeared really excited was Ivanka Trump who failed to hide a few tears. But in order not to disfigure in front of her stepmother, she presented herself with a candid white Altuzarra overcoat worth 2,994 dollars. And as the Trumps greet America, everything is ready for Joe Biden's inauguration ceremony. 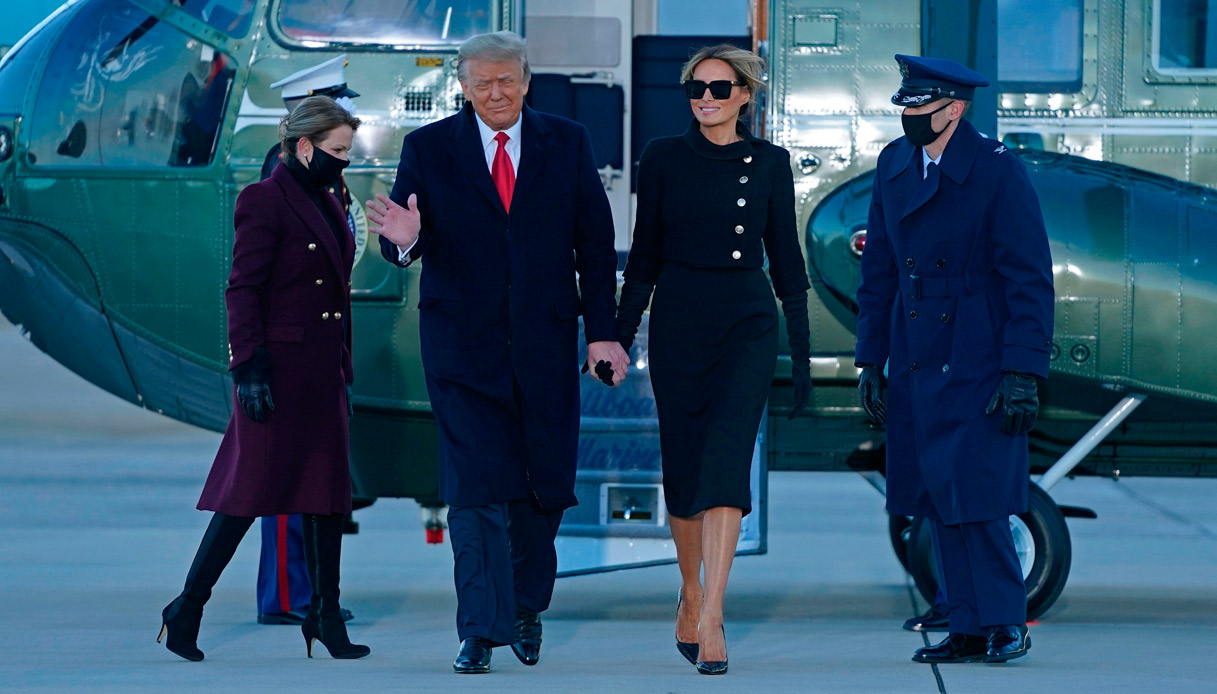 Giovanna Pirri
5937 posts
Previous Post
Wanda Nara and Icardi: camping continues in Paris, but it is a surprise to the daughter
Next Post
Natalia Bryant, daughter of Kobe, turns 18: her mother's dedication