Melania Trump unveils the latest Christmas decorations with the $ 1,060 shirt 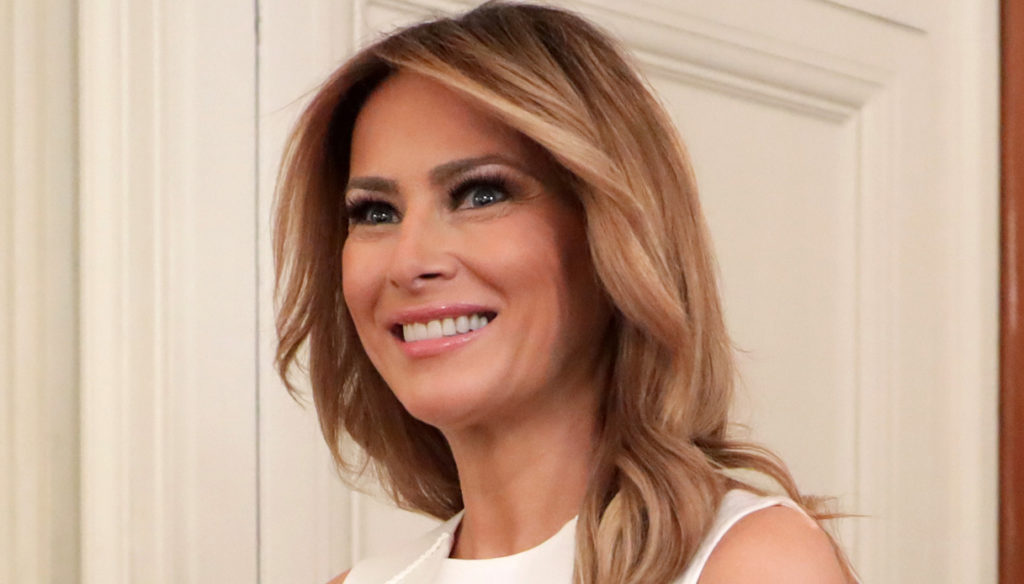 Melania Trump surpasses herself: a dream look while walking around the White House for the last time showing the Christmas decorations 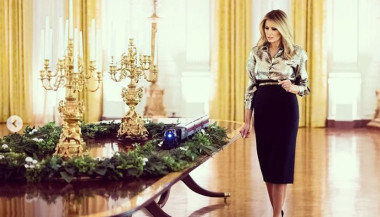 Melania Trump, a golden look for the latest Christmas decorations

Melania Trump unveils Christmas decorations in the White House for the last time, before her husband Donald leaves his office with the commitment, however, to run for the next presidential election in 2024.

Meanwhile, the First Lady does not disappoint expectations in terms of looks and to conclude with a flourish she shows off one of her best outfits since she was the wife of the US President. Melania wanders through the corridors and rooms of the White House, among fir trees, poinsettias, bows, lights and trains, wearing a golden lamé shirt, signed by Dries Van Noten, for 1,060 dollars, or about 887 euros.

Lady Trump pairs it with a black longuette that fits her charm, with a high waist, tightened by a thin hour belt. To slim the figure, Melania wears her beloved décolletées, this time black, with a thin and very high heel. Trump's wife presents the Christmas decorations by posting some photos on her Instagram profile. "America the beautiful" is the theme chosen this year for Christmas at the White House.

Every year the First Lady has been criticized for her choices and now that she is preparing to pack her bags, the atmosphere is glowing especially after the rumors of her ex-friend, Stephanie Winston Wolkoff, who through the recording of a conversation, has revealed to the world how much Melania hates dealing with Christmas in the White House.

Even if she were Trump's wife, she never misses an opportunity to reveal her impeccable style, at least in terms of looks. Her Christmas coats made fashion history. And even now, while not wearing the outerwear, Melania showed off the perfect outfit for Christmas, certainly in tune with the decorations for what will soon become her former home. Not that Lady Trump minds, according to the usual gossip. In fact, it seems that she never aspired to become First Lady and it is not certain that she will return to the White House. In fact, if Donald should really re-nominate and win again, it is not so obvious that in 4 years Melania is still by his side. Rumors of an impending divorce have been growing ever since Tycoon lost its second term.

However Melania has done her duty to the full. On Instagram he showed, as tradition dictates, the decorations chosen this year, thanked the volunteers who helped decorate the many rooms of the White House and launched his patriotic message: "Together we celebrate this land that we are all proud of. call home ". And then on January 20 the lights will go out and Donald will close the door and give the keys to Joe Biden who in the meantime prepares his team by putting several women in power.

Giovanna Pirri
4519 posts
Previous Post
What to use for a do-it-yourself foot bath
Next Post
Who are Clarissa, Caterina and Romano, the children of Alessandra Mussolini