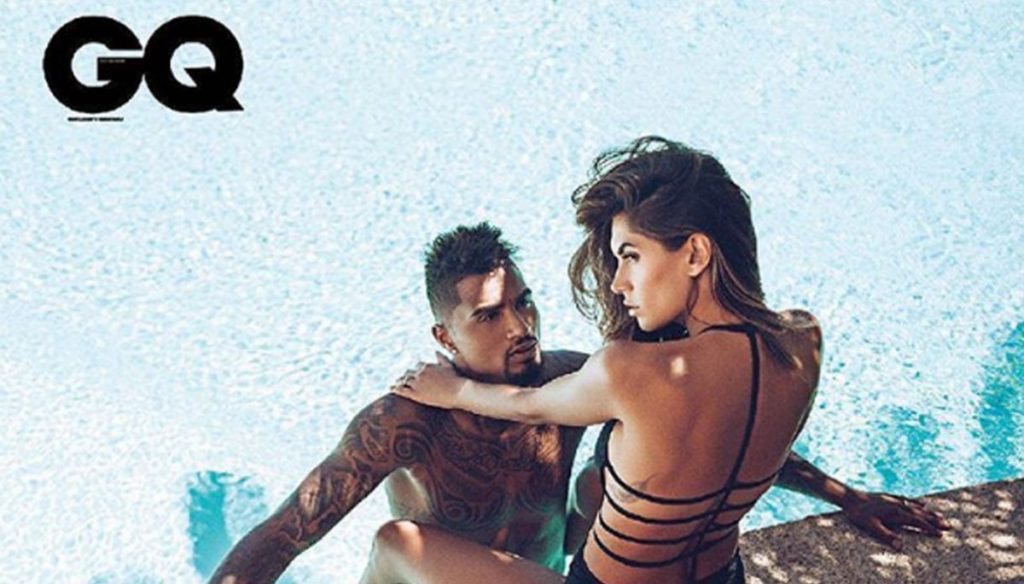 Melissa Satta and Kevin Prince Boateng are the protagonists of a decidedly hot photo shoot on GQ Germany. The magazine decided to dedicate its cover to the newlyweds, who posed in front of the lens of the photographer Christian Borth. She in lingerie, he bare-chested: the two lovers did not spare themselves, showing all the passion and love that binds them, between kisses on the back, sensual looks and smiles.

The super hot photo shoot for GQ Germany was made in Sardinia, the showgirl's homeland and the place where Melissa Satta and Kevin Prince Boateng spent their last summer holidays. With them there was also the little Maddox, two years old, who this summer attended the parents' wedding that was celebrated last June 25th in Porto Cervo. "We are on vacation and do what all families do. Let's go to the beach, eat ice cream, have a barbecue and see each other with friends, ”said Boateng, talking about his days with the family.

The footballer was transferred to the Spanish soccer team Las Palmas and will leave for Spain, while Melissa Satta will be on television again with the Tiki Taka program. The former tissue of Striscia la Notizia this summer had to deal with the thieves who entered the house while she and little Maddox slept. "Waking up in the morning and discovering that the thieves entered the night while you were sleeping is terrible!" The Satta had told on social media, explaining that she was even more frightened because Kevin Prince Boateng was not at home with her "Thank goodness for Maddox When the fever came and at 1:00 am I took it and put it to sleep in my bed … I couldn't think of him … alone in the room with the thieves there … #fear".

Lorenzo Gavazzi
2547 posts
Previous Post
Against bio-buffaloes, do-it-yourself cosmetics: expert recipes
Next Post
How to calculate the weeks of pregnancy