Men and Women, the romantic choice of Sabina and Claudio 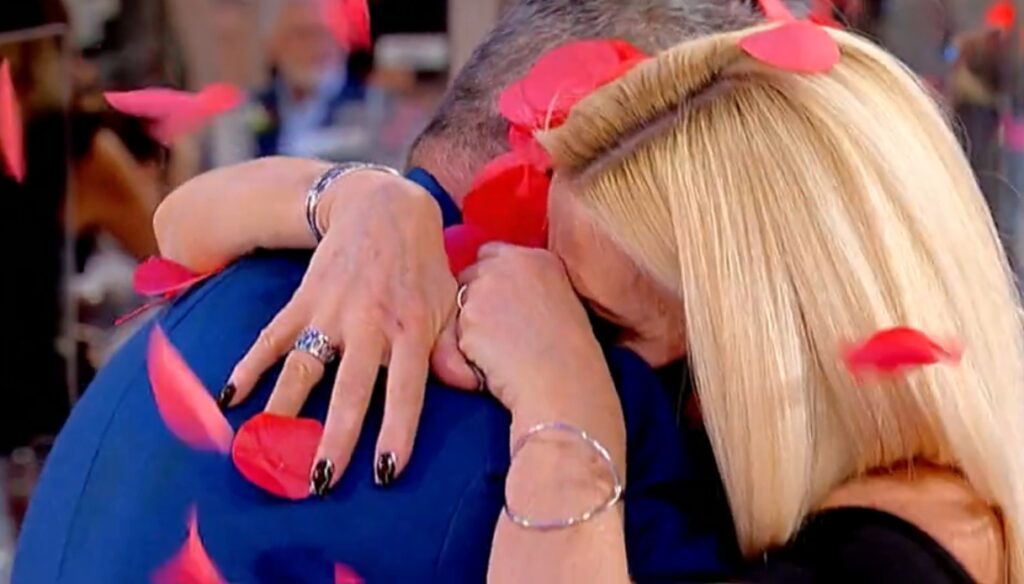 Twist of the scene to Men and Women: Sabina and Claudio have decided to leave the program!

And who would have thought that! After a few weeks of acquaintance, Claudio and Sabina of Men and Women have decided to continue their relationship away from the cameras. The lady and the knight of the Throne Over have thus chosen to leave the program to try to get to know each other outside, an event that rarely happens within the Canale5 sentiment show.

Claudio's words are every woman's dream. "If I have to go out, I want to do it with her", he declared, after he had decided for a few weeks to get to know the beautiful Sabina better. The decision was made following a new life project undertaken by Claudio, who is about to open a restaurant in Pontedera.

Sabina did not fail to express her concerns, explaining that she was unable to move before a few months. The couple had also considered the possibility of ending the acquaintance: "We had thought of quitting, but the thought makes me feel bad."

Without thinking twice, Claudio displaces the audience with a romantic choice that Maria De Filippi has granted with music and petals as usual. The decision was almost lightning-fast, so much so as to push the presenter to organize a special moment with the collaboration of those present in the studio. The new couple then chooses A Mano A Mano, a song with which they left the program to live away from the show. Their relationship will also be enriched by a new professional project announced by Claudio.

The two new boyfriends leave Gemma in a vale of tears, bent once again by the power of love. For the Turin lady, the search for sentimental stability is continuous. Having exhausted the usual thanks, the couple leaves the studio amid the general joy, which exploded after the unexpected choice of the two protagonists of the Throne Over.

Contrary to what one might think, it is rare to see the petals fall in the study of Men and Women. On one of the last occasions, it was Riccardo and Roberta who swore love after long months of back and forth. The two are continuing to keep the public updated through social media, with direct and posts on their official channels.

Barbara Catucci
8451 posts
Previous Post
Christian De Sica, his sister Emilia died: "Give a kiss to dad"
Next Post
Ghost, the curiosities and the background on the protagonists of the film