Joele is the new tronista of Men & Women: who he is, his history and the special bond with his family 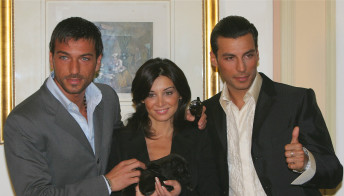 The new season of Men & Women is ready to go, but who is the new tronista Joele? He doesn't like to describe himself very much, above all because he doesn't want to sweeten reality: Joele showed up on the cameras of the dating show hosted by Maria De Filippi "without filters". He is 26 years old, and the desire of young people to fall in love, to find the right person, whom they can trust. In everyday life, he is a quality control officer in a food company.

During the presentation video, Joele began to talk about himself starting from his family: full of love and affection, he never lacked closeness with his parents. Throughout his life, he has always had one desire: not to cause them any disappointment. Sometimes, however, he feared he had not succeeded in his intent: "My parents are the best part of me".

In spite of everything, the ties with his parents have never been cracked: with his father, Joele said he has a special relationship, which cannot be explained in words, but only experienced. With the pandemic, then, the serenity of the family was severely tested: unfortunately, Joele's father lost his job. The new tronista, however, has a heart of gold: he asked his employer for months to interview his father. Luckily, he succeeded: now Joele and he work together, in the same company.

Tattoos are a great passion of hers, as are discos and music. On a character level, Joele admitted to being touchy and very direct, to get offended in some moments. In his 26 years of life, he was romantically linked to many girls, but only with one did he know love. “For three years, I lived a real fairy tale”. Unfortunately, however, "the fairy tales end", said Joele: returning home at a different time than usual, he found his girlfriend with his best friend.

This episode inevitably marked him. "I'm hurt," he said, because, after the betrayal, he was left with the fear that he could no longer trust. He is looking for a person with whom to build a solid relationship – perhaps like that of his parents – and who can become a point of reference. Above all, however, he hopes that, with his experience at Men & Women, he can find the right woman with whom to fill his home with love. From September, anything can happen: together with the tronista Matteo Fioravanti, Joele will be a great protagonist of the Canale 5 dating show.