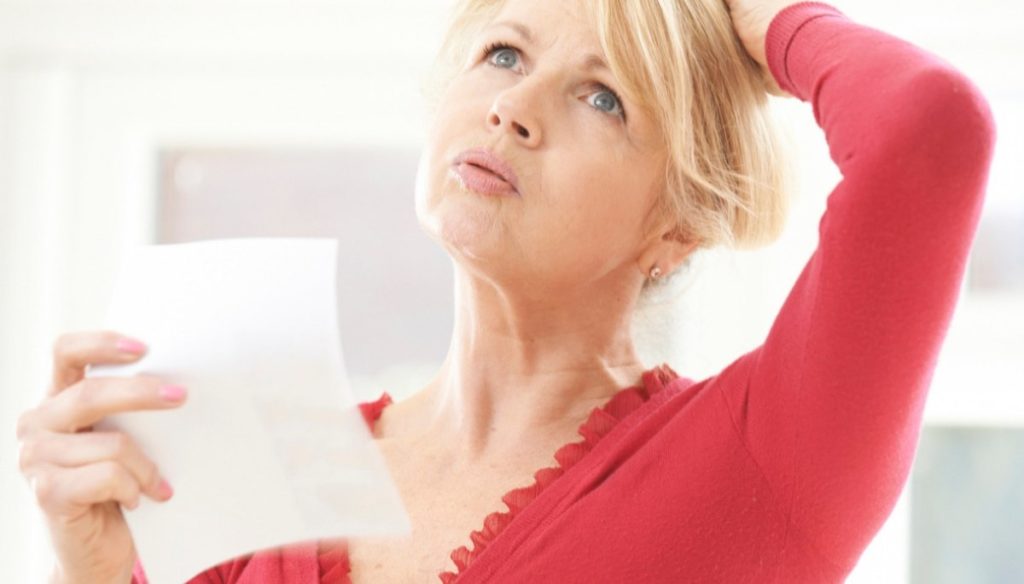 One of the most delicate phases of a woman's life, menopause brings with it diseases and disorders that are difficult to combat. Here is everything you need to know about menopause.

Menopause is the cessation of the menstrual cycle due to permanent interruption of ovarian function. In common language it mainly indicates a drastic reduction in the menstrual flow, but at the scientific level this expression is used properly only after 12 months from the manifestation of the last cycle.

The profound hormonal changes that affect the body when the ovaries stop producing follicles and estrogens, entail a significant variation in the biological and psychological life of a woman, as well as a series of small disorders that are often not known how to cope. In this guide we will analyze every aspect of menopause and provide a series of useful tips to manage a woman's body as accurately as possible in a moment of profound change.

When do you enter menopause?

The term of a woman's fertile age reaches, on average, between 45 and 50 years, provided that the individual follows a correct diet and does not have harmful habits such as alcohol and smoking abuse. If a woman is underweight, due to insufficient or otherwise unbalanced diet, menstruation can disappear before the onset of the average age of menopause, just as the continuous intoxication of the body caused by alcohol and smoking anticipate the occurrence of menopause.

The causes of menopause

Why does our organism stop egg production? Most likely the cause lies in the fact that over time the body "chooses" the follicles to "explode" to create a fertile egg. In the early years of fertile age, the body uses the strongest and most robust follicles; subsequently, when the latter are no longer able to produce eggs, they begin to use the less healthy ones, which can then be exploited for less time.

What is the climacteric?

With climacteric we mean a long period of time with rather blurred outlines but which can last up to ten years in the life of a healthy woman. This phase includes the premenopausal period as well as the postmenopausal period, and can last a total of ten years.

We have already mentioned what happens during the premenopause, with all the changes in the menstrual cycle that we have just analyzed. Postmenopause instead begins one year after the last menstruation.

In the climacteric period, all menopausal disorders occur, which heavily affect both the physical and emotional balance of women.

If the period in which menopause occurs is typically between 40 and 50 years, a cessation of menstruation before the age of 40 indicates an early menopause, while an interruption of the cycle after 50 is defined as late menopause. Generally speaking, women who have seen the cycle appear rather late, so after the age of 13 or 14, will experience a late menopause, just as women who have become fertile at a very young age will probably be early even in menopause, since the A woman's fertility period is roughly always the same.

Premenopause: when the body begins to change

The term premenopause refers to the period of time (which begins at the age of 40) in which the menstrual cycles become anovular and the values ​​of the follicle-stimulating hormone in the blood are always higher. In this period we begin to find alterations of the normal menstrual cycle. Even in women in whom the cycle has always been perfectly regular, menstrual cycles can be close or extremely abundant or, on the contrary, menstruation much rarer than usual.

The following terms indicate instead an alteration of the frequency of the cycle, which can occur several times over a month or, on the contrary, more rarely.

The cessation of menstruation involves in most cases the appearance of painful symptoms, both during the menstrual period and during the sexual act. Here are the terms used to indicate this type of problem:

Although generally referred to as "menopausal disorders", all the discomforts related to changes in hormone levels in the female body occur during the climacteric period. All the disorders derive from the reduction of the production of estrogens, cause of the progressive interruption of the functioning of the genital apparatus. The most common symptoms are the following.

Remedies and therapies for menopausal disorders 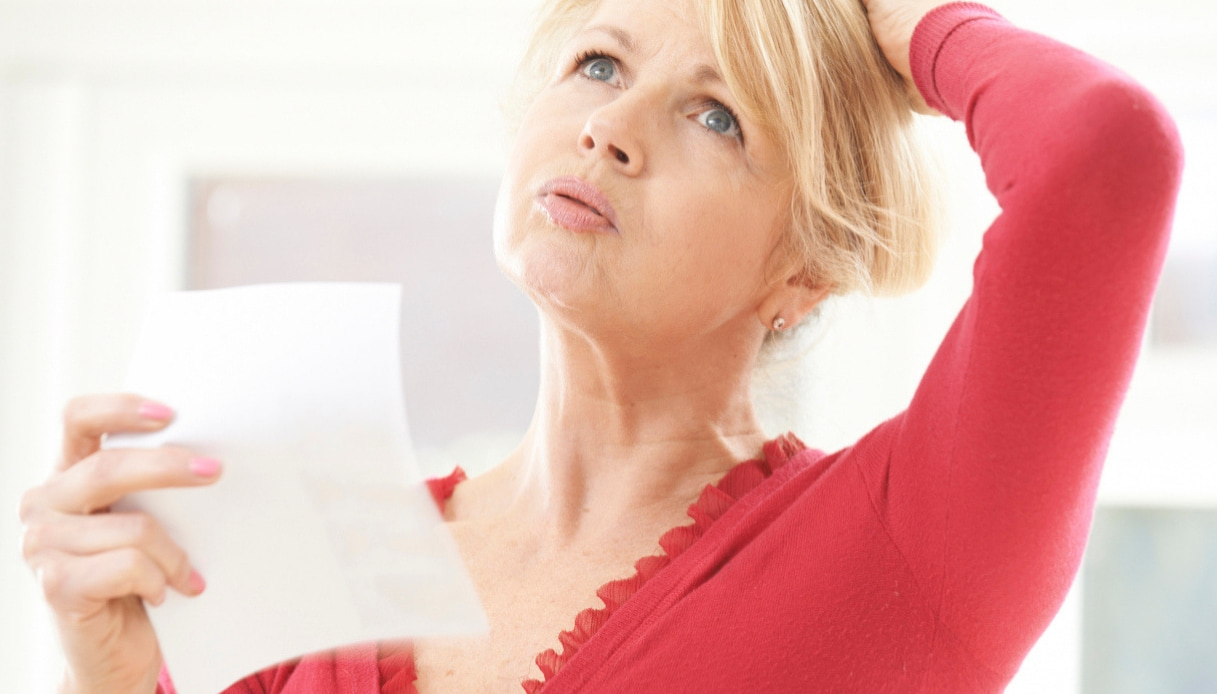 Hot flashes are a symptom of menopause

As already mentioned, the complaints complained of by menopausal women almost completely derive from the ever decreasing production of estrogen. To overcome these problems, we often aim at taking biotherapeutic treatments that are able to (partially) simulate the effects of estrogen production on the female organism. The most effective substances from this point of view are flavonoids, vegetable substances found mainly in soy and red clover. Soy and clover supplements are very useful for reducing the impact of hot flashes and night sweats.

In the case in which from the first period of menopause the woman undergoes serious and annoying mood swings and, at the same time, of varying degrees of depression, it is advisable to intervene immediately with an antidepressant drug therapy.

In addition to the symptoms listed so far, menopause causes serious illnesses such as:

How to fight menopausal diseases

The reduction of estrogen in the blood leads to a slowing down of body metabolism which, in turn, induces a considerable weight gain in women over 50 years. The concentration of body fat around the abdominal band, typical of the male physique, involves a greater risk of incurring cardiovascular diseases: for this reason the control of body weight during the menopause is essential to maintain a good state of health.

Starting to follow a hypocaloric diet in menopause, drastically reducing the consumption of salt, sugar and fat and favoring whole foods is a fundamental step to prevent and reduce the risks associated with the onset of menopause. Playing sports is as important as following a balanced diet, as it helps to eliminate stress and improve mood thanks to the massive production of endorphins.

Hormone replacement therapy – as long as it is carefully tailored to the needs of each individual patient – is currently the most effective method for preventing osteoporosis and cardiovascular diseases. Unfortunately a hormonal therapy, especially if planned over a long period of time, can involve serious risks of chronic-degenerative pathologies and even tumors (mainly at the breast and the cervix uterine). Preventing these side effects is possible through a careful study of the patient's clinical picture, constantly monitoring her state of health during therapy.

Sexuality of women in menopause

It is a common opinion that menopausal sexual desire is drastically worse than that of a woman of childbearing age. In most cases this situation is generated by a series of psychological conditions of the woman who is about to lose her fertility and who have very little to do with the hormonal upheavals of her body.

If, in fact, the menopausal woman does not suffer from serious disorders and diseases affecting the sexual apparatus, and has managed to establish a new emotional balance during and after the inevitable mood swings of this period, her sexual desire does not decrease . This is because a woman's desire to seduce and be seduced does not derive from her hormonal levels, but from the relationship that she establishes with herself and with the male sex.

It may be useful to point out that the same factors that define the sexuality of a young woman or in any case of fertile age: the serenity of the couple's life, the complicity with the partner , the quality of the relationship with one's body, its status as a mother or the lack of children.

The best way to experience sexuality in menopause is to listen to your body, take care of it and above all seek first of all your emotional and psychological well-being: a condition of peaceful life will lead, necessarily, to a serene and satisfying sexuality.

Indeed, many single or couple women manage to live their sexuality with a new freedom after the end of their fertile period, precisely because they are no longer constantly on the alert to avoid unwanted pregnancies: very often the partner enjoys this new carefree , managing to live together with a woman in menopause a cheerful, fulfilling and engaging sexuality.

Menopause is a psychosomatic condition that heavily affects a woman's life. For this reason it is necessary to know it deeply and to know what changes a woman's body and psyche will undergo at the end of fertile age.

Thanks to a correct lifestyle and adequate therapy, the life of a menopausal woman can be healthy, fulfilling and serene, full of discoveries and rediscoveries, new experiences and even an unexpected sexual freedom.